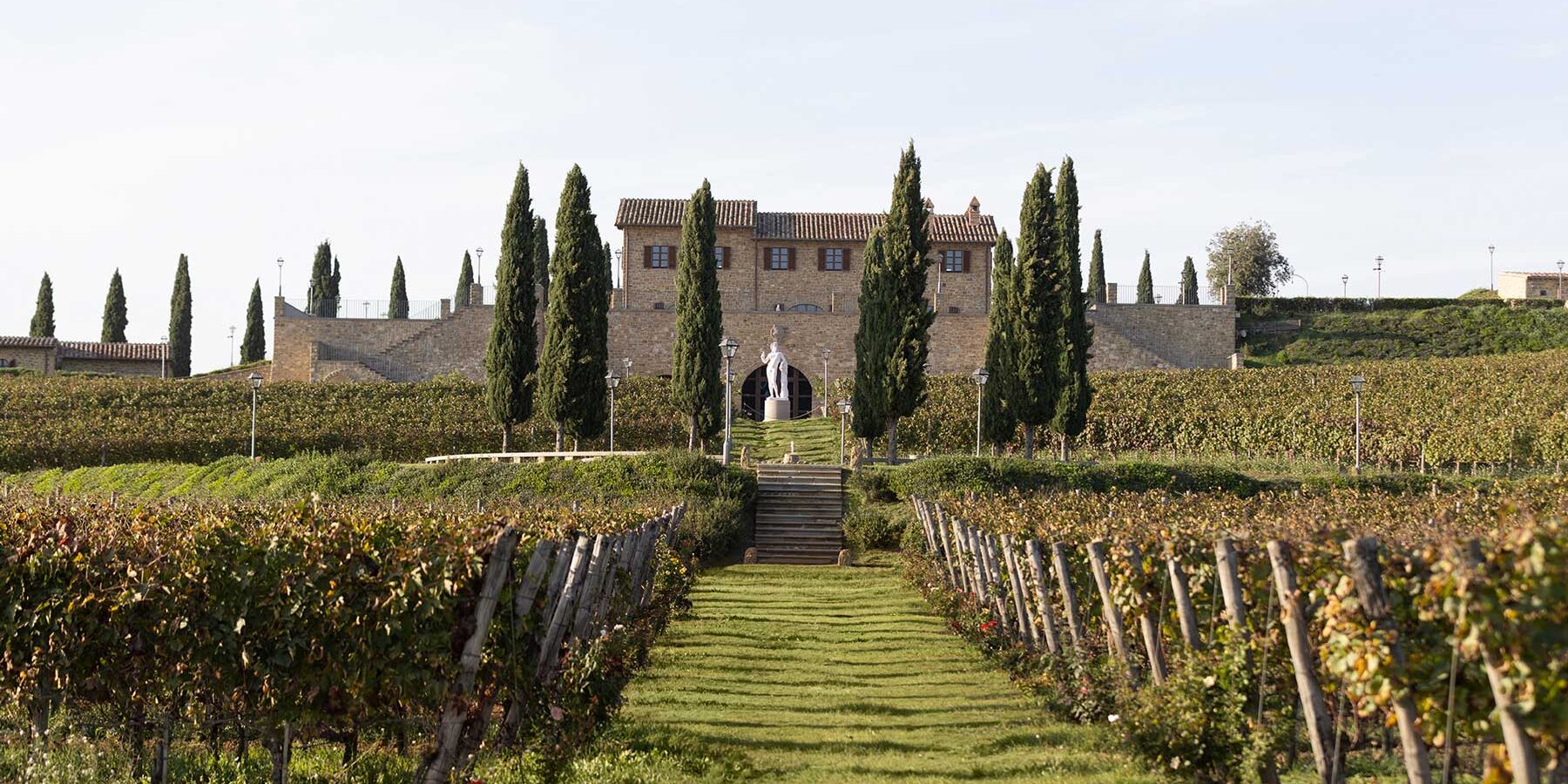 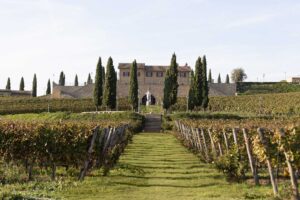 Cashmere king Brunello Cucinelli has just unveiled his new wine venture – and latest project from the Umbrian hamlet he’s been restoring over the last 30 years, Solomeo. Here’s everything you need to know about the fashion icon’s Castello di Solomeo

Castello di Solomeo is fashion designer Brunello Cucinelli’s new wine project. It realizes the cult Italian designer’s dream of championing and preserving the hamlet of Solomeo – the special place that he calls home.

Brunello Cucinelli founded his company specializing in cashmere knitwear in 1978 with a clear philosophy – based on the principle of humanistic capitalism. As part of this, he believes deeply in “preserving and teaching ancient crafts, including rural ones, of great historical and cultural value”.

“My family has humble origins, we were farmers,” Cucinelli says. “I spent the first part of my life living in the country, and I still cherish the memory of it as one of the happiest times of my life: even though we didn’t have electricity in the house, we lacked nothing and we lived in harmony with creation, with animals, with the land and with the rhythm of the seasons. Later, when we moved to the city and my father went to work in a factory, I vividly remember how he would come home from work with tears in his eyes, humiliated; that’s when I decided: I still didn’t know what I was going to do with my life, but I was going to do it for the moral and economic dignity of human beings.”

Solomeo embodies this philosophy – an Umbrian hamlet that Brunello Cucinelli has poured his soul into. Between Florence and Rome in Umbria, the Solomeo winery and vineyard are part of a larger project that began in 2010, under the name Project for Beauty. After devoting three decades to restoring the hamlet, the Cucinelli family began salvaging the valley below Solomeo, next to the fashion company’s headquarters. It is here that Cucinelli planted vines in 2011. The first vintage of the wine is 2018, set to be released in 2023. 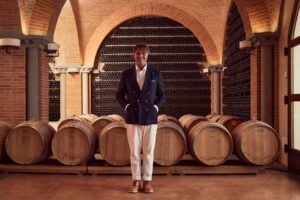 The winery and vineyards are spread over six hectares, modelled on late Italian Renaissance gardens, with gardens and an olive grove in between (with olive oil, another Mediterranean tradition, produced from the olive trees). As with Brunello Cucinelli’s clothes, the focus here is entirely on quality and craft – with immense attention to detail in the vineyard and winery, combining traditional methods with cutting-edge technology.

The vines – Cabernet Franc, Cabernet Sauvignon, Merlot and Sangiovese – were planted in 2011, representing five of the six hectares of land, on clay-sand alluvial, clay-silt alluvial and marly arenaceous soils, with each variety carefully matched to its soils. The vines are planted in an unusual wave shape to maximize their sun exposure and aeration.

All work in the vineyard is done by hand, with green-harvesting key to reducing yield and increasing concentration and complexity in the fruit harvested.

The grapes are all hand-picked, de-stemmed and sorted, with pumps avoided to ensure the fruit is handled as gently as possible. Fermentation takes place in oak vats, with punching down over 10-14 days to extract color and tannin. Only the free-run juice is retained for the final blend. The wines are aged for 16 months in 100% new French oak (with the cooper and toast level considered for each individual plot), the blend made just before bottling, and the final wine then aged for three years in bottle prior to release.

Find out more about the maiden release from Castello di Solomeo

Fighting the tide: Venissa’s quest to save Venice’s vineyards
November 11, 2022
SEARCH
RECENT POSTS
SIGN UP FOR OUR WINE OFFERS