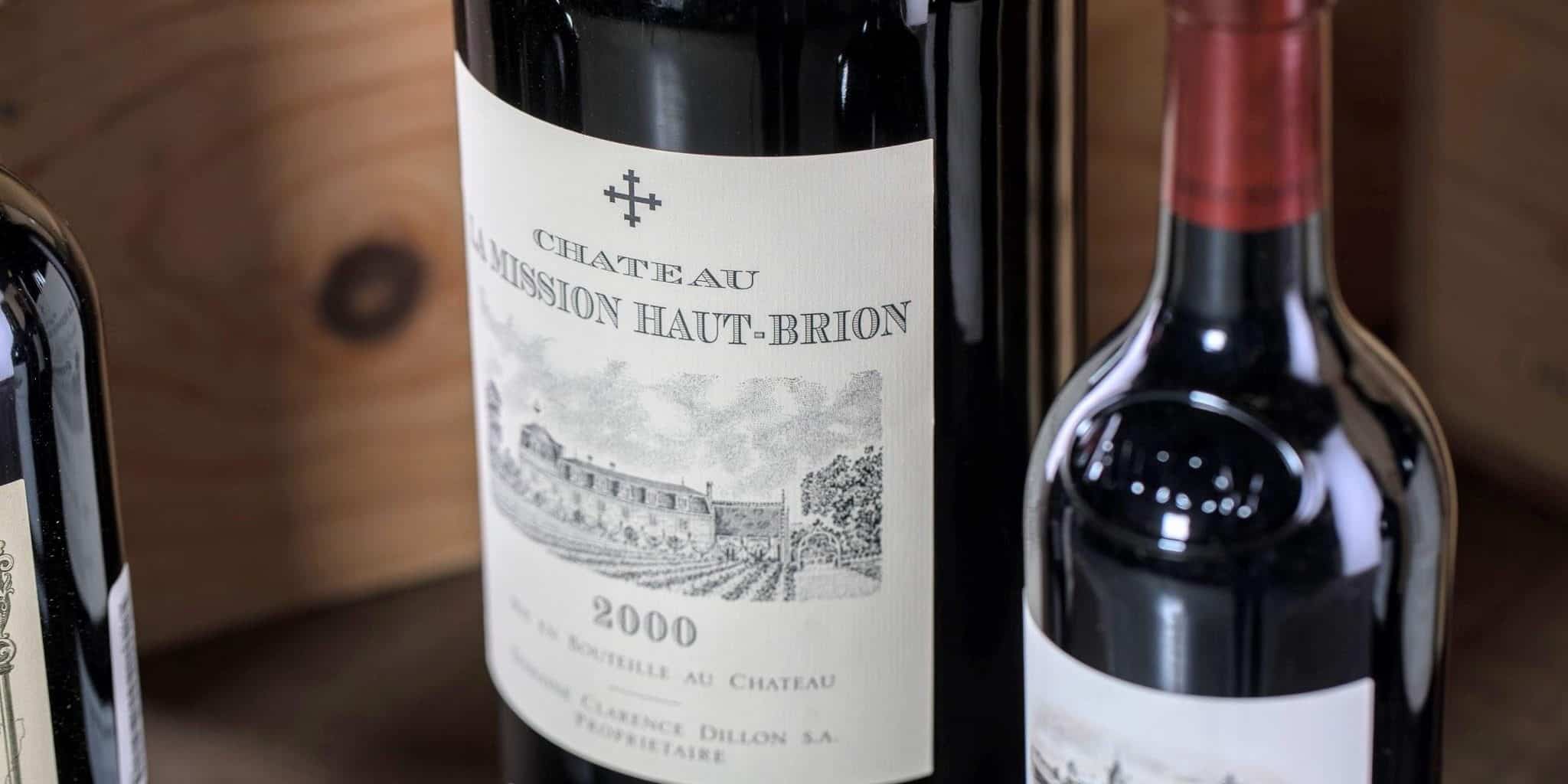 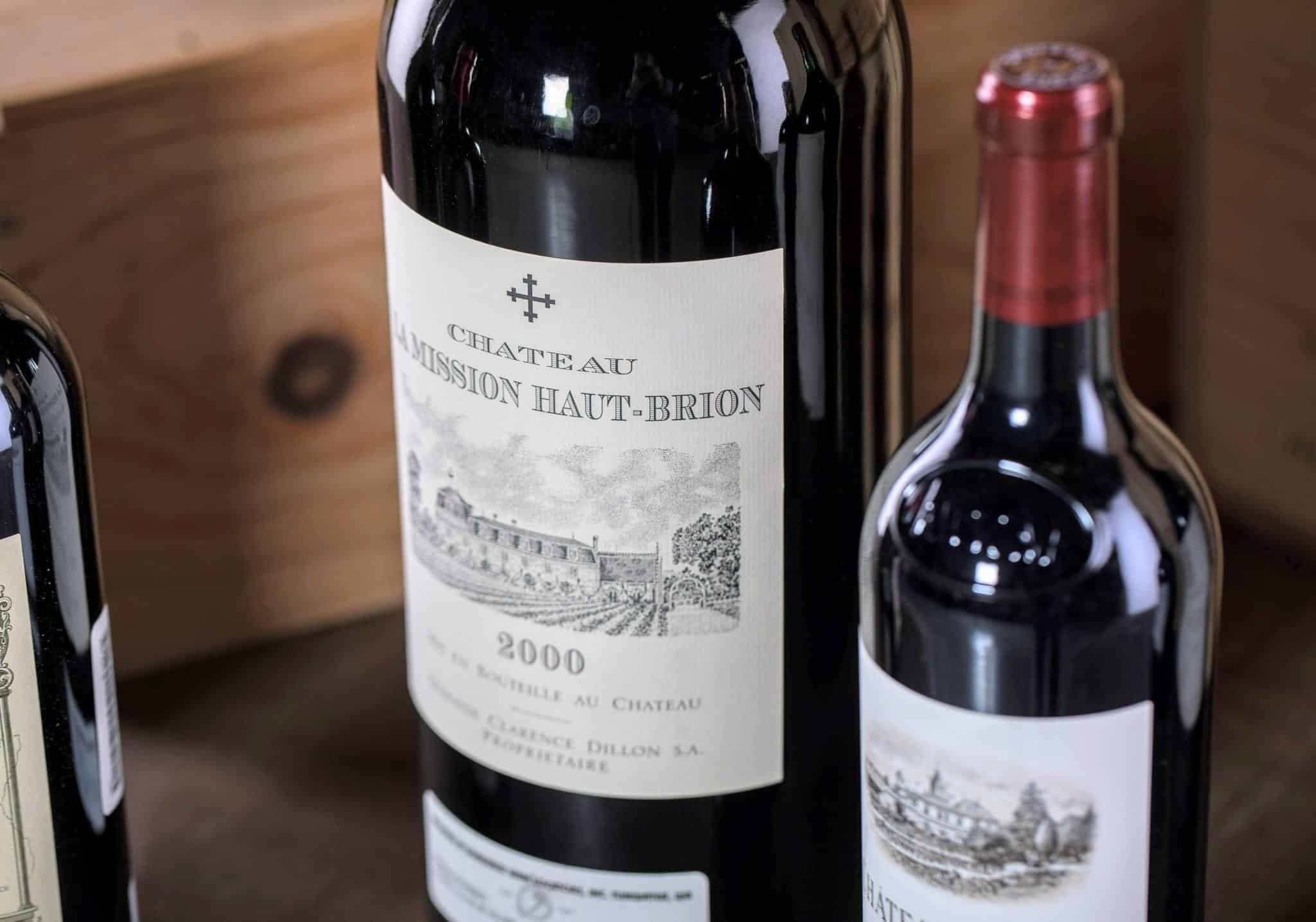 Château Haut-Brion’s best vintages are among the most highly acclaimed and sought-after wines in the world.

Château Haut-Brion is one of the most highly esteemed wineries in Bordeaux. That can help explain the impeccable quality of the wines that they produce—but it tells little about the unique elements that make their wines so special.

Château Haut-Brion’s grapevines are rooted in the sandy, gravelly earth of the Graves AOC—specifically, the Pessac-Leognan appellation. This region boasts a unique terroir, even compared to other regions in Bordeaux, in which vines are protected from both humidity and winds by tall, green pine forests. It is also the only appellation in Bordeaux known for producing red and white wines, and Château Haut-Brion has a history of producing exemplary bottles of both. Perhaps it is no wonder that this producer managed to become the only winery outside of the Medoc to earn an 1855 Classification—as a first growth, no less.

As rich in history as they are in flavor and complexity, this producer’s red and white blends are a must-have for any connoisseur interested in adding some quality Bordeaux wine to their collection. It can be difficult to know where to start when so many of their wines have received such high acclaim, but our guide below to Château Haut-Brion’s best vintages of all time provides an excellent place to begin your search.

The Rise of Château Haut-Brion

Since the days of ancient Rome, grapes have grown on the hills that now bear the fruit of Château Haut-Brion’s labors. First established almost half a millennium ago in 1525, the château is the oldest continuously working winery in Bordeaux. It is said to derive its name from the ancient Gaulish word, “briga,” referring to the region’s hilly landscape.

For many years, the château passed from one illustrious pair of hands to the next; lords, admirals, and archbishops alike have taken the helm at various points in the château’s history. Today, the hands on the helm belong to U.S. Ambassador Clarence Douglas Dillon, making Château Haut-Brion the only American-owned winery among the first growths. In 1663, the famous diarist Samuel Pepys described his experience of drinking “a sort of French wine called Ho Bryen that hath a good and most particular taste I never met with”—a sentence some consider to be the first recorded professional wine review.

Château Haut-Brion’s best vintages are among the most highly sought-after wines in the world.

A leader among vintners, Château Haut-Brion pioneered some of the practices that are used to create many of the most delectable wines in the world today. For example, the château is thought to be the first to have lengthened the wine’s aging potential and depth of complexity considerably  by adding wine to top off barrels as they age. Château Haut-Brion was also among the first producers to utilize stainless steel vats for the vinification process.

Today, Château Haut-Brion’s best vintages are among the most highly sought-after wines in the world, with the most precious bottles selling for thousands of dollars within just a few years of production.

When it comes to Château Haut-Brion, the best vintages are truly the crème de la crème of Bordeaux wines. Indeed, it’s hard to find a bottle of Haut-Brion that hasn’t completely dazzled one reviewer or another. Below, however, are ten of their highest-rated wines of all time, separated by age and in order of highest to lowest rating according to Wine Advocate. None have received a score lower than 98 points.

Few wines age better than a good Bordeaux—and Château Haut-Brion produces some of the longest-lived wines in the industry. Investing in a younger wine now will give your vintage of choice the widest window of opportunity for accruing greater depth and complexity—as well as market value—over time. Here are the most notable younger vintages, ranked from highest to lowest rating according to Wine Advocate, for Château Haut-Brion from the past 20 years:

Château Haut-Brion has a long history of producing excellent-quality Bordeaux. If you’re more interested in seeking out older wines not yet past their peak aging potential, here are a few to start with:

Of course, while these wines are among the very best vintages Château Haut-Brion has to offer, they are far from the only bottles worth collecting from this venerable producer. Lower-rated vintages may not be quite as prestigious, but they will almost certainly still offer high quality and collectibility.

Château Haut-Brion’s best vintages represent the holy trinity of collectibility: incredible aging potential, worldwide renown, and a high capacity for appreciating in value over time. As first-growths hailing from one of the most prestigious wine regions in the world and garnering consistently high ratings from respected professional tasters year after year, it’s hard to imagine why one wouldn’t want to invest in at least a few bottles of these wines. They are equally excellent choices for future celebrations—perhaps as a graduation or a wedding gift for a child recently born, or your own retirement party—or to resell eventually for a tidy profit.

To optimize the return on your investment, ex-chateau bottles are ideal. Perfect provenance is all but guaranteed with these wines since they are carefully stored at the production site until the time of purchase. It is also wise to secure these investment-worthy first growth wines by the case—you’ll pay less per bottle and earn more over the lifetime of your investment. Cases are also easier to keep track of during years of storage.

Château Haut-Brion wines may require patience, with many taking upwards of twenty years to fully mature. Like all of the most important things in life, though, these superb Bordeaux wines are worth waiting for.

A Guide to the Best Château Pontet-Canet Vintages
November 20, 2020
SEARCH
RECENT POSTS
SIGN UP FOR OUR WINE OFFERS
DISCOVER VINFOLIO