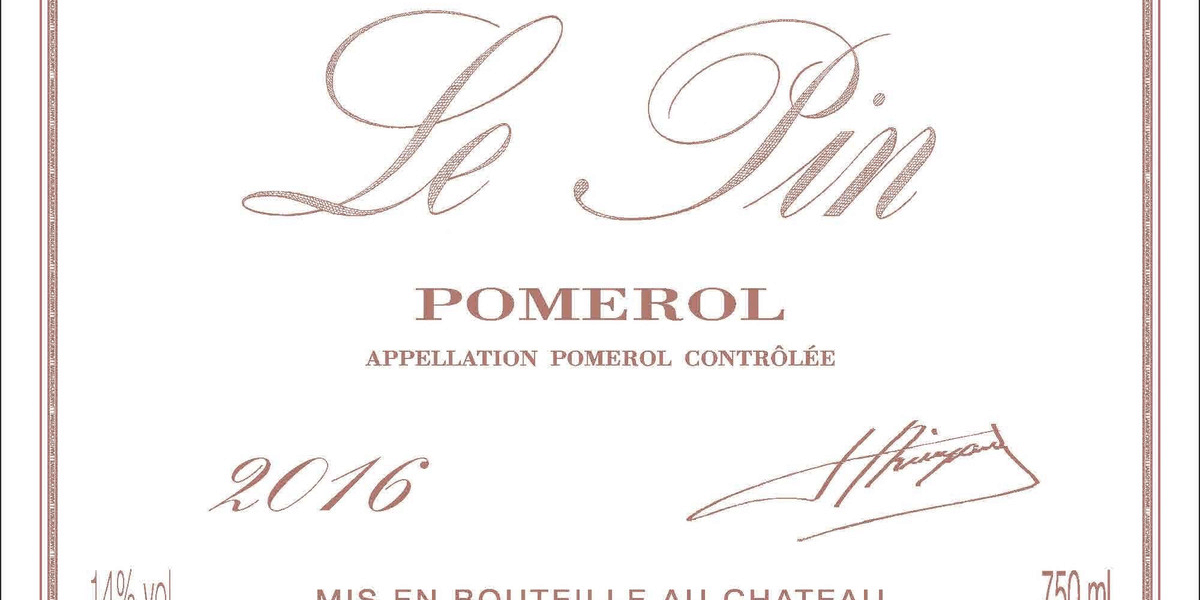 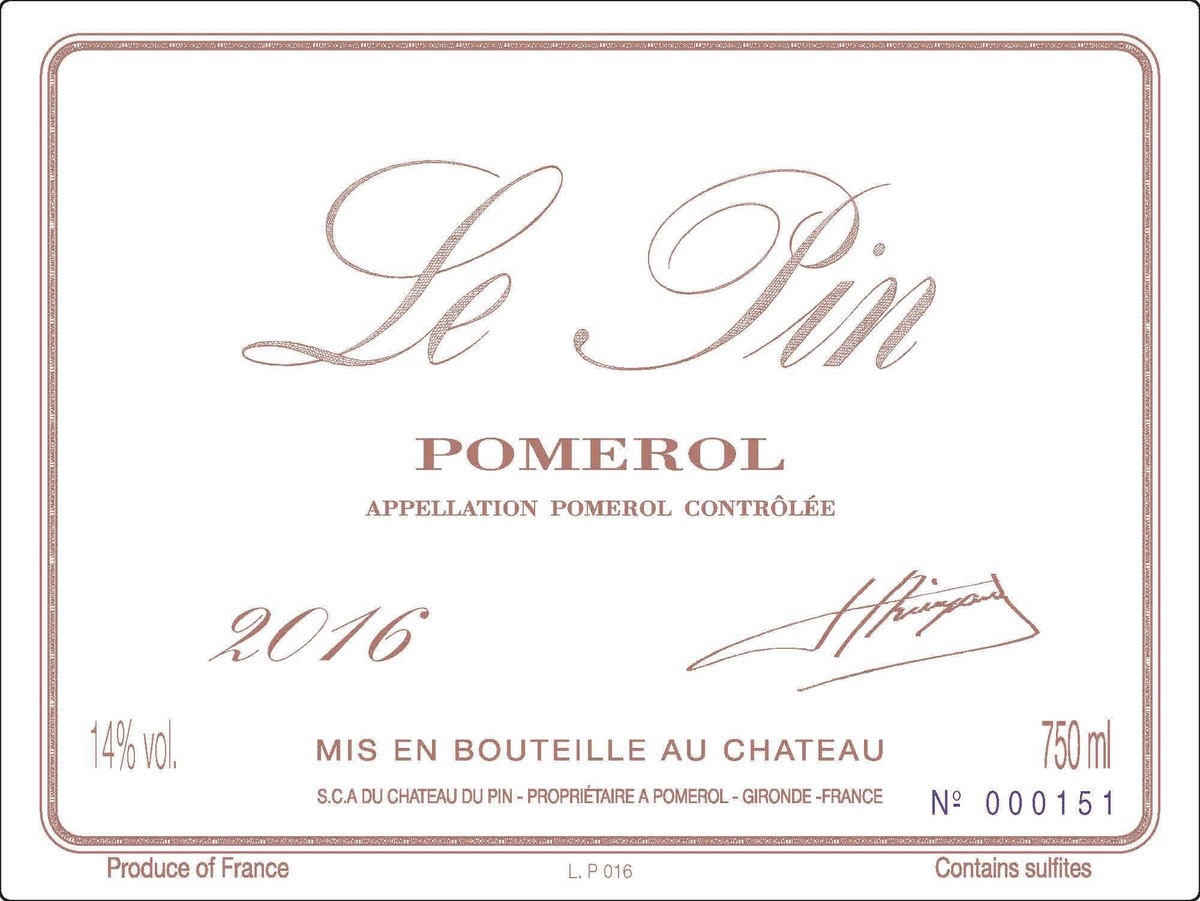 One of Château Le Pin’s best vintages is the 2016, which received perfect scores from some professional critics.

Bordeaux’s Château Le Pin, generally referred to as just “Le Pin,” produces some of the most decadent and complex Merlot in the world. At the cost of $4,000 per bottle, on average, collectors are willing to pay top dollar to get a taste of these renowned wines. Château Le Pin’s best vintages can garner even higher prices on the secondary market; some of the top-ranked vintages are valued at $10,000 or more per bottle. Whether you’re a passionate fan of Bordeaux or an established investor looking to add to your portfolio of valuable wines, it’s important to know which years from Le Pin are considered the greatest in the estate’s history.

When you seek out the top-rated vintages from this estate, you have the opportunity to experience these opulent wines at their absolute best. You’ll also potentially make a higher profit if you decide to resell your bottles later. While all Le Pin wines are fascinating and delicious, the 15 vintages in this guide have risen to the top of the rankings and are considered by many to be not only some of the best wines from Bordeaux, but also the world.

Why You Should Collect the Best Vintages from This Estate

Château Le Pin’s best vintages have a flavor profile unlike any other wine in Bordeaux’s famed Pomerol region. This area is known for its Merlot and is home to many other famous châteaux, including Château Pétrus, Château Lafleur, and Château L’Église-Clinet. Competition in this area is fierce, so it’s no small accomplishment that Le Pin has received some of the highest scores from professional critics and earned a reputation as one of the best Merlot producers in Pomerol. Located on the Pomerol plateau at a high elevation, Le Pin’s vines receive ample sunlight, which contributes to the rich, ripe flavor of its Merlot. The soil also has a mix of clay, sand, and gravel, which drains relatively quickly during wet seasons and prevents the fruit from becoming diluted. The Merlot is full-bodied and powerful, with flavors of intense black cherry, dense plum, and a subtle citrus zest that balances out the sweet fruit. If you’re a fan of dynamic, fruit-forward wines, then Château Le Pin’s best vintages are for you.

Le Pin will never release a wine that is substandard and instead will declassify it if the wine doesn’t meet expectations.

Another reason Le Pin stands out is that the producer is very selective about which vintages are released on the market in the first place. Le Pin will never release a wine that is substandard and instead will declassify it if the wine doesn’t meet expectations. For example, the estate declassified the entire 2003 vintage because the quality did not meet the château’s standards. Wine made from declassified grapes is sometimes released by Le Pin in a multi-vintage blend called Trilogie, but the flagship wines are only ever made from the finest grapes harvested each season.

However, even though Le Pin has a stellar reputation and exceptionally high winemaking standards, its wines still vary in quality from year to year, just like any other estate. For instance, hot vintages of Le Pin can taste very ripe and alcoholic, so if you want to invest only in Château Le Pin’s best vintages, it’s wise to look at professional critic scores.

Over the past decade, Le Pin has had an impressive run of top-rated vintages. Since 2000, ten vintages have received high scores from professional critics:

Generally, Château Le Pin’s best vintages are those made in cooler years, when the Merlot grapes develop adequate acidity to balance out the ripe fruit in the wine. Le Pin is never exactly delicate (these wines are intensely flavored even in the coolest years), but some extra acidity in the wine increases its aging potential and brings out more nuanced and exotic flavors like black tea, anise, cloves, and fennel.

Investing in the best young Le Pin vintages is a great way to increase the earning potential of your collection. Many of these wines will gain significantly in value as they approach peak maturity, which is why dedicated Le Pin collectors typically invest primarily in young bottles and keep them in professional storage until they are in high demand on the secondary market.

If you’d rather not wait decades for the wines in your collection to mature before you open or resell them, investing in older vintages is a good option. Here are five of Château Le Pin’s best vintages prior to the year 2000. These wines are still drinking well today and have developed some wonderfully earthy and nutty flavors with age.

While the vintages above aren’t the only older vintages potentially worth looking at, not all Le Pin wines have held up well over the decades. The vintages in the list above have stood the test of time, whereas some vintages from these decades are of lesser quality or are not drinking well anymore. This is why it’s important to consider recommended aging times when you invest in Château Le Pin’s best vintages.

How Long Should You Age These Vintages?

Le Pin wine doesn’t generally have the same aging potential as some other top-rated red wines from Bordeaux. The best Bordeaux is known to age for 20 years or more, while most vintages from Le Pin only require ten to 15 years of aging before reaching peak maturity. This is because Le Pin is more fruit-forward and less acidic or tannic than some other wines made in Bordeaux. However, Château Le Pin’s best vintages have more aging potential than is typical for the producer. The young wines listed above can age for 20 to 35 years before reaching peak maturity. The older vintages are approaching 40 years old and are still drinking well.

Le Pin wines increase significantly in price over time (often doubling or tripling their value within a decade or two).

So, if you invest in the best vintages from this estate, know that you can and should keep them in storage a bit longer than usual. With patience, these wines grow more complex as they age. And if you plan on reselling your bottles instead of drinking them, they also increase significantly in price over time (often doubling or tripling their value within a decade or two). Another reason to hold onto your bottles is that Le Pin only releases around 500 cases—or even fewer—every year. As wine enthusiasts drink these bottles, the number available on the secondary market shrinks, driving up the average value for that vintage. It often pays to wait.

All of these benefits make Le Pin a worthwhile producer to add to a collection. Drinking these bottles is an incredible experience, but these vintages are also some of the most reliable investments on the market. You won’t be disappointed when you stow a few of these bottles in your cellar.