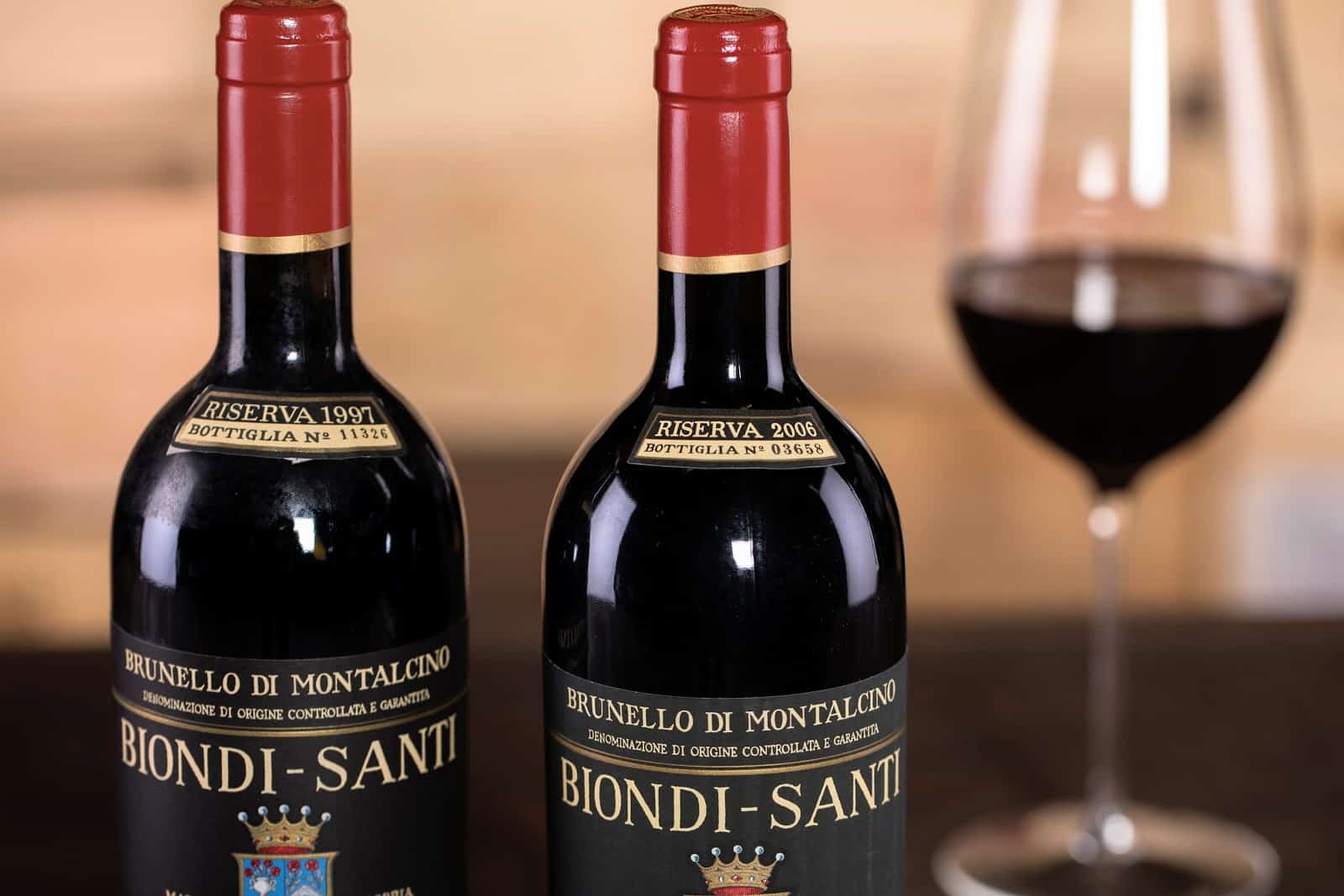 Take the bottles of Brunello di Montalcino in your cellar, for example. You may have a few that are ready to be enjoyed now or that will be peaking soon, especially if you’ve been holding them for a while. But, chances are, others will need more time before the full range of flavors matures and the structure softens. To help make the task of deciding when to open your Brunello easier, we’ll answer your questions about how long Brunello will age and list the vintages with the most aging potential.

How Long Will Brunello Age?

According to the Montalcino region’s Denominazione di Origine Controllata e Garantita (DOCG), Brunello di Montalcino must be aged for five years prior to being brought to market and producers may only release a new vintage during January of that year for Europe. (New vintages of Brunello typically reach the U.S. market later the same year around March.) Additionally, during these initial years of aging, Brunellos must spend at least two years in oak and a minimum of four months in the bottle.

This means that even relatively young vintages that were made available recently, such as last year’s release of the 2015 Brunello di Montalcino Tenuta Nuova by Casanova di Neri—one of the best Italian wine producers in the region—have already spent quality time in the cellar. Technically, you can drink these vintages now. However, many likely won’t want to. The assertive tannins and equally strong acidity of these wines—provided by 100-percent Sangiovese—could benefit from additional cellaring to further soften and integrate them with the wine’s other elements to make Brunello truly accessible for the drinker.

How long a Brunello will age before it reaches the ideal time to drink or sell can vary somewhat depending on the vintage and producer. But, on average, a Brunello di Montalcino wine from a reputable producer tends to hit its peak drinking window after 20 years of age. Here’s a timeline for how Brunello wines tend to mature as the years pass:

Should You Hold or Open Your Brunello di Montalcino?

Since the common wisdom is that Brunello di Montalcino wines should be cellared for at least ten years, it’s easy to assume that all vintages come of age at the same pace. Of course, that’s not true across the board. Years like 2010 produced ideal weather conditions that nurtured Brunello’s Sangiovese grapes so lovingly that you may want to hold that vintage until 2035. Likewise, 2016 Brunello di Montalcino showed all the signs of a higher aging potential. On the other hand, 2014—a year with a climate that was tougher on almost every estate’s vines—produced wine that in many cases is drinking well now. Below you’ll find a list of Brunello vintages going back about 25 years and advice on whether you should continue holding them or consider opening them.

Of course, if you’ve already got a particular producer and label—in addition to vintage—in mind, cross-check all of that information with a prominent and respected wine critic. Jancis Robinson, Robert Parker, and James Suckling are well-known for making expert recommendations.

Protect Every Wine in Your Portfolio While It Ages

If you open a Brunello wine by an excellent producer that doesn’t sweep you off your feet (despite having been aged until it reached its peak), improper storage is likely the issue. Preserving the quality of all fine wines requires precise and constant levels of temperature and humidity. Though modern home wine cellars are usually fine for this, they take a lot of work to maintain and often still do not hold conditions within parameters as tightly as a professional warehouse does. Using professional wine storage also protects your wine against fire, theft, and earthquakes. It’s important to find out how long your Brunello will age, but it’s equally crucial to ensure that your bottles are properly protected during the aging process.