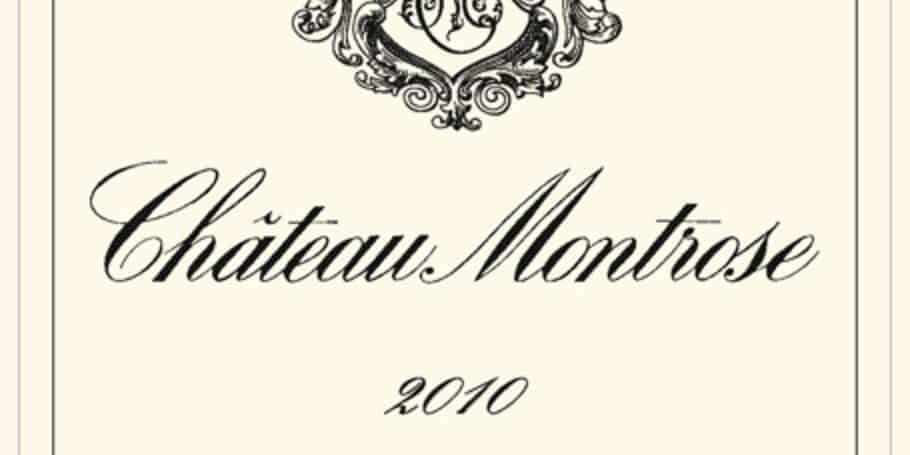 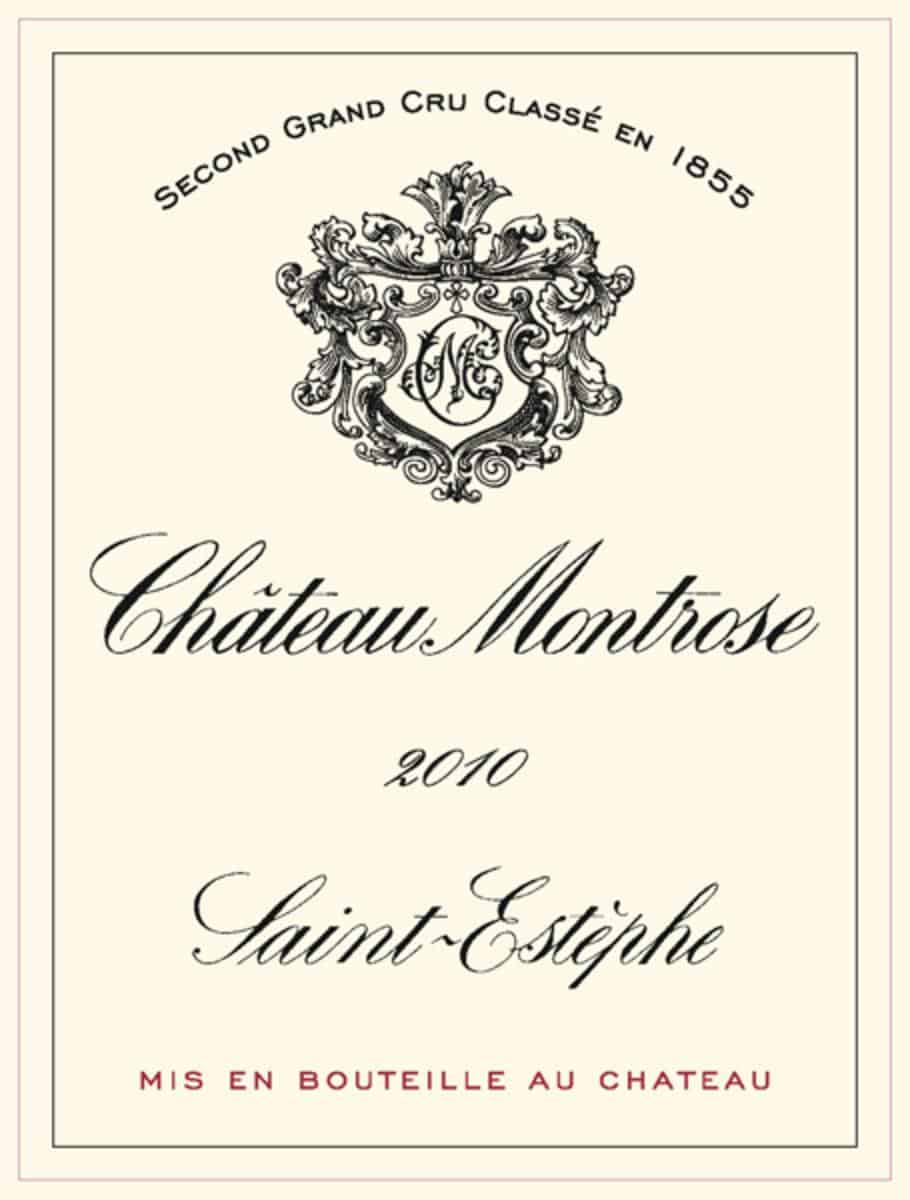 The 2010 vintage is unquestionably a standout, even alongside Château Montrose’s best vintages of the last hundred years.

Though the youngest of all the estates ranked in the Bordeaux classification of 1855, Château Montrose quickly gained fame as an estate capable of producing incomparable wine. Since that time, Château Montrose has continued to make history with vintages that have incredible ageability, are firm on your palate, and are surprisingly light from the first taste to the last.

Since most years are good years for this estate, choosing from among the best vintages of Château Montrose is no easy task. Whether you intend to hold a bottle as an investment or just long enough to savor a glass at its peak, this guide will help—but buying multiple vintages certainly won’t hurt, either.

First famous as an area designated for skilled hunters, Château Montrose’s Left Bank location to the southeast of the Gironde Estuary is ideally suited for the cultivation of vineyards. Sensing an opportunity, Alexandre de Segur (who already owned a number of other iconic Bordeaux estates, including Château Latour and Château Lafite) purchased the property in the 1700s with the intent of bringing the terroir’s potential to full fruition. Though his family did not own it for long and the estate changed hands and names a few more times, by the early 1800s, the pink hills of Château Montrose were producing unparalleled wine.

It is the estate’s terroir within the Saint-Estèphe appellation that deserves much of the credit for shaping one of this region’s best wines. But, it’s not just the soil composition and climate that make these grand vins really stand out—a great respect for the craft and profound care for the vines is equally responsible.  These strengths were fully on display when Château Montrose’s 1970 grand vin placed third at the famed Paris Wine Tasting of 1976.

Of course, California also proved to have one of the world’s best wine regions at the Judgment of Paris. Still, that didn’t stop the 95 hectares of Cabernet Sauvignon, Merlot, Cabernet Franc, and Petit Verdot at Château Montrose from holding their own. And that single parcel that produced a singular Bordeaux decades ago continues to win the hearts, minds, and palates of both wine enthusiasts and critics today.

Several of the estate’s esteemed vintages have been awarded the highest marks possible by renowned critics such as Robert Parker of Wine Advocate and Jancis Robinson. With so many grand vins scoring so well, you can’t go wrong with almost any bottle you buy. To help narrow the list to Château Montrose’s very best, we’ll first look at those vintages that received a perfect or near-perfect score from at least one critic.

1982: Described as “subtle, dry, but gorgeously smooth-textured” by Jancis Robinson at a blind tasting in 2016. She awarded the vintage 19 out of 20 points then and at subsequent tastings since.

1989: Considered a “benchmark wine for the estate” by Neal Martin of Wine Advocate, this superbly layered full-bodied Bordeaux received 100 points at several tastings.

1990: A “full-bodied, majestic and opulent” vintage, according to Robert Parker, this Bordeaux ranks as another Château Montrose for the ages at 100 points.

2003: With a “great hit on the front palate, then something dry and scrunchily appetising on the finish,” Robinson felt this vintage also earned 19 out of 20 points at her 2005 tasting.

2009: Achieving a “perfect equilibrium between freshness and concentration” according to Parker, the densely textured 2009 grand vin won 100 points—and has several decades of potential.

2010: Martin characterized this vintage as “undeniably one of the best” at a Montrose vertical in 2010, though it was the youngest wine tasted there. It was awarded 99 points by Martin then and again by Parker in 2017.

2016: Described as “an animated, vivacious Montrose that starts in almost understated fashion yet builds in the mouth towards what is almost a sensual finish,” this favorite of Martin’s earned 99 points.

2017: “Medium-bodied with a rock-solid frame and an exquisitely ripe, very fine-grained texture,” according to Lisa Perrotti-Brown of Wine Advocate. Awarding the vintage 99 points, she also named it “one of the greatest Montrose’s I have tasted.”

2018: Considered “powerful without being aggressive” and as having “great harmony and length” by Robinson, this vintage needs a little more time before coming fully into its own. Even so, it earned 18+ points out of 20 at an early tasting in 2019.

In addition to these grand vins, three other vintages deserve a special mention, though two are just past their peak and one is almost impossible to find. The years 1928 and 1959 produced flawless wines that earned 100 points, but each vintage peaked in 2015. The 1917 vintage, on the other hand, may still provide an impeccable experience through 2030—if you can find it on the market.

The following vintages, though falling short of perfection, are still worth the investment—particularly if you’re looking for an exquisite Bordeaux that you can experience sooner rather than later. Most of these grand vins have scored at least 95 points. All but one can even be enjoyed now.

Particularly when you buy one of this estate’s younger Bordeaux wines, keep in mind that you’re buying wine meant to age.

Château Montrose’s wines typically require at least a decade in the cellar, and most of the estate’s grand vins reach maturity sometime between 15 and 50 years. So, particularly when you buy one of this estate’s younger Bordeaux wines, keep in mind that you’re buying wine meant to age. The longer you can lay down a youthful bottle, the better it will be when you open it. A longer aging time also increases the potential return you’ll receive if you decide to sell your wine to another collector, too.

If you choose to hunt down one or more of Château Montrose’s best vintages—or those of any other famed estate in the Médoc—consider using professional storage so that you don’t risk your investment. One of the biggest benefits of professional storage for your fine wines is that conditions like temperature and humidity are controlled and monitored at all times. So, when you’re ready to open, or sell, a vintage that has had years to mature, it will taste as it should—and, ideally, sell for a nice profit. Full-service facilities provide other benefits that are equally important as well—like insurance, 24/7 security, and even seismic racking and fire protection to keep bottles safe during natural disasters.

The best full-service facility will also help you expand your wine collection by connecting you to other investors, aficionados, and lovers of wine through their online marketplace. When you want to collect some of the best Château Montrose vintages in history, it helps when you don’t have to hunt the world over for an authentic bottle. Being able to buy and store them safely in one place ensures your experience will be memorable once you—or your buyer—has that first taste.