Opus One Vs. Caymus: Which Should You Collect? 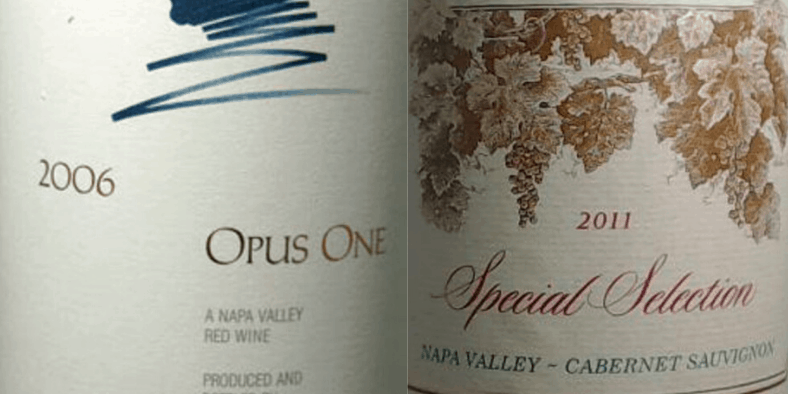 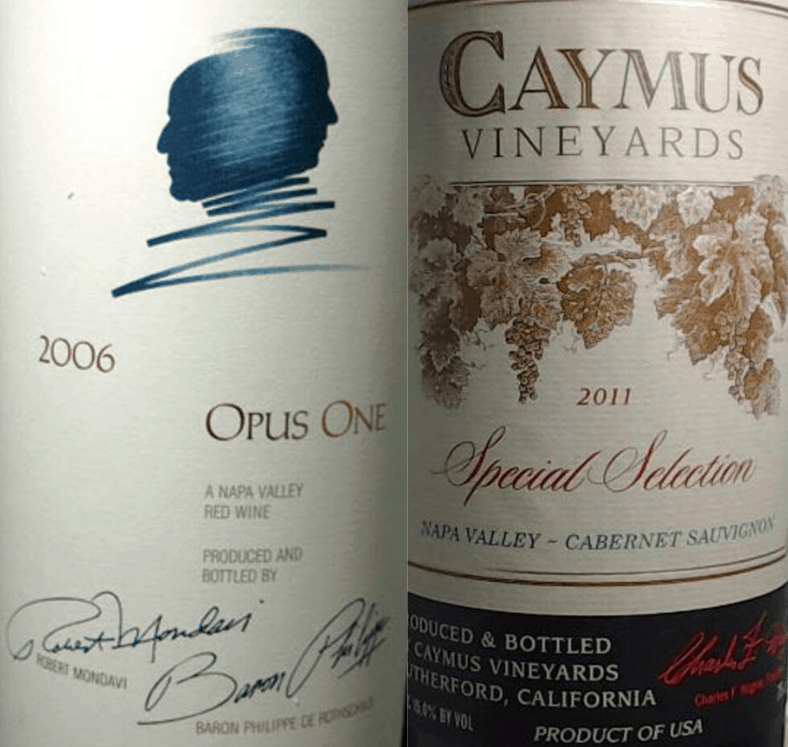 Comparing Opus One vs. Caymus reveals that Opus One is earthier, while Caymus is more fruit-forward.

As two of the biggest names in the Napa Valley wine industry, Opus One and Caymus make highly sought-after Cabernet Sauvignon blends of outstanding quality. However, this is where their similarities end. When you compare Opus One vs. Caymus, there’s a clear difference in style and flavor—the former is heavily inspired by Old-World Bordeaux blends, while the latter is unapologetically New World in style. In simplistic terms, Opus One is elegant and complex and Caymus is powerful and concentrated. For this reason, most wine lovers will have a clear preference for one producer over the other. In this guide, you’ll learn what the flavor differences are between Opus One and Caymus as well as the differences in value, age-worthiness, and collectability so that you can curate your ideal collection of great Napa Valley Cabernet Sauvignon.

Opus One Vs. Caymus: The Main Differences

In general, Opus One wines are more herbaceous, earthy, and acidic than Caymus wines, which tend to be fruity, bold, and rich. Opus One wines also don’t taste as approachable in their youth as wines from Caymus. That’s because Opus One wines are specifically designed for long-term aging—their firm tannins and prominent acidity soften with time, making them delicious and very collectible with age. However, there are many other differences between these producers beyond flavor and aging potential, such as the grapes used in the blend, the vineyard’s location, and the wine’s average price and collectibility.

Opus One produces two labels, Opus One and Overture. Both labels are made from a traditional Bordeaux-style blend of about 75 percent Cabernet Sauvignon, ten percent Petit Verdot, ten percent Merlot, and about five percent or less of Cabernet Franc and Malbec (the precise amounts of each variety vary every year). These wines have soft, supple tannins and flavors of earth, herbs, cigar box, and spice. Opus One’s winemakers handpick the grapes just after they ripen to preserve the fruit’s acidity. As a result, these wines are well-balanced, elegant, and fresh.

Both of Caymus’ wines are much sweeter and fuller-bodied than either Opus One or Overture.

Caymus also produces two Cabernet Sauvignon labels, Special Selection and a second wine called Napa Valley Cabernet Sauvignon. Unlike Opus One’s flagship label, Caymus’ flagship Special Selection label is made from 100-percent Cabernet Sauvignon. The second wine is also made primarily from Cabernet Sauvignon but occasionally contains a small amount of Merlot and Cabernet Franc. Both of Caymus’ wines are much sweeter and fuller-bodied than either Opus One or Overture. To make its wines as ripe and concentrated as possible, Caymus leaves the grapes on the vine for a longer period of time before harvesting them. Caymus wines are full of rich dark chocolate flavors and strong cherry notes, along with flavors of tobacco and baking spices.

Location also plays a key role in the flavor of Opus One vs. Caymus. These wineries are located just three miles apart within the same larger region: the Napa Valley American Viticultural Area (AVA). However, they are located in different sub-AVAs of Napa with differing climates.

The Opus One winery is located in the western part of the Oakville AVA, which is a moderately warm subregion. Cooling winds from the San Francisco Bay give Opus One wines prominent acidity while warm air from the San Joaquin Valley allows the grapes to ripen fully. The result is a wine that has an excellent balance between acidity and sweetness and a complexity of flavor that is quite similar to wines made in moderately warm areas of Bordeaux like the Médoc.

By comparison, the Caymus winery is located in the Rutherford AVA, which has a warmer climate and faster-draining soils. As a result, Caymus wines are richer, riper, and more intense in flavor. These wines generally aren’t as high in acidity and can be sweeter and more approachable in their youth than Opus One. However, this also means that they are often less age-worthy and collectible than Opus One, particularly if you’re looking for a wine to lay down for many decades.

Opus One’s flagship label is only produced in years when grape quality is especially high, so it is relatively rare. This increases the value of these wines on the secondary market. On average, Opus One is worth anywhere from $350 to $450 per bottle, though some high-quality and older vintages may be worth more on the secondary market. The flagship label is among the most collectible wines in all of Napa Valley and is highly sought after among investors. The second label, Overture, has a more approachable price point—about $120 to $150 per bottle; it’s also less collectible than the flagship label.

To decide which wines you’d rather drink, try doing a blind tasting of the same vintages from each producer.

Caymus’ wines aren’t worth as much on the secondary market as Opus One in part because these wines aren’t quite as rare. Caymus Cabernet Sauvignon Special Selection is worth about $200 to $250 per bottle (although top-quality and older vintages are frequently worth significantly more). Its second label, Caymus Napa Valley Cabernet Sauvignon, is worth about $80 to $150 per bottle, on average.

Of course, price, location, and typical tasting notes only give you a general idea of which producer you might prefer. To decide which wines you’d rather drink, try doing a blind tasting of the same vintages from each producer.

Comparing the Best Opus One and Caymus Vintages

Blind tasting is the best way to identify the wines that appeal most to you and to compare Opus One vs. Caymus on a level playing field. For an apples-to-apples comparison, taste the flagship labels (Caymus Special Selection and Opus One) separately from the second labels (Caymus Napa Valley Cabernet Sauvignon and Opus One Overture). It’s also important to taste the same vintage side by side, as some vintages are bolder and more concentrated than others. For example, in 2015, California experienced a heatwave, and, as a result, most of the wines from Napa Valley that year are higher in alcohol and residual sugar than usual. Comparing 2015 Opus One to a cooler Caymus vintage, like the 2010 Caymus Cabernet Sauvignon Special Selection, will provide an atypical example of the differences and similarities between these producers.

Keep in mind that average critic scores aren’t the most important factor to consider when you shop for wine.

In the list below, you’ll see how some notable recent vintages from Opus One and Caymus stack up against each other (average professional critic scores are from wine-searcher):

You’ll notice that Opus One receives higher scores overall than Caymus each year. Keep in mind, however, that average critic scores aren’t the most important factor to consider when you shop for wine. Professional critics have their own tastes and preferences which may not match your own, and Caymus wines may still appeal more to your palate than the higher-rated Opus One. This is why it’s important to buy a few of these wines for yourself and taste them side-by-side.

Choosing Between Opus One and Caymus

To decide which wine is right for you, it’s helpful to consider whether you usually prefer Old-World or New-World wines. Collectors who love New-World styles will likely prefer the sweet, fruity taste of Caymus, while collectors who enjoy more herbaceous and earthy notes will favor Opus One’s Bordeaux-style blends. However, keep in mind that while Opus One does taste more similar to classic Bordeaux than Caymus does, these wines still have a great deal of New-World influence. Opus One is a great transition wine for people who normally only drink Old-World wines and would like to branch out into more modern California wines. Likewise, Opus One is a great option for collectors who usually only drink New-World wines and would like to explore more traditional styles.

Generally, Opus One is a better investment for collectors who want to resell their collections on the secondary market.

Price is another factor to consider when comparing Opus One vs. Caymus. Generally, Opus One is a better investment for collectors who want to resell their collections on the secondary market, as these wines are more sought after and increase significantly in value over time. For example, Opus One frequently ranks among the top 20 best-performing wines on the market each year, according to Liv-ex. Caymus wines can be resold as well, but you will generally make less profit from selling these bottles.

Ultimately, if you plan on drinking your wine, taste is the most important factor. And if you enjoy both producers, having both Opus One and Caymus wines in your cellar gives you a taste of the full diversity of the Napa Valley region and offers options for many different occasions. On days when you feel like sipping a complex, earthy glass of Cabernet Sauvignon, a bottle of 2005 Opus One is the perfect choice. If you need a bold, crowd-pleasing Cabernet for a dinner party, 2010 Caymus Cabernet Sauvignon Special Selection will grab everyone’s attention. These producers may have very different approaches to Cabernet Sauvignon, but they are equally intriguing.