The Best Vintages of Château Palmer 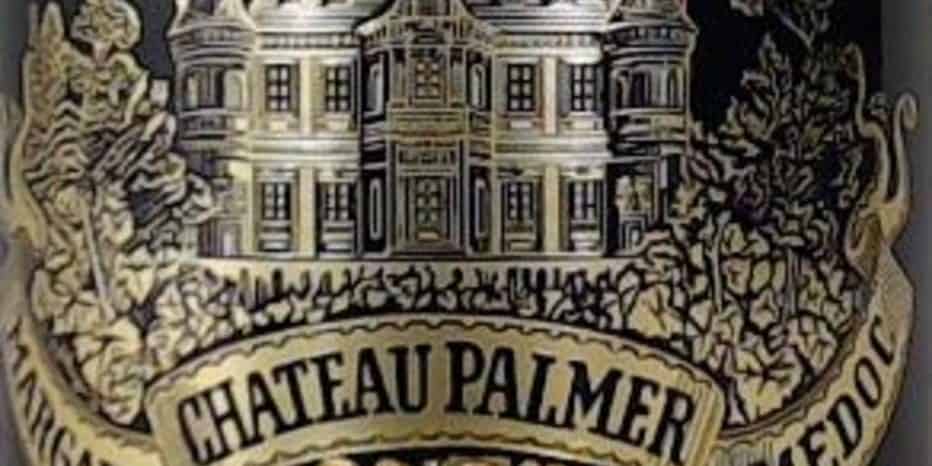 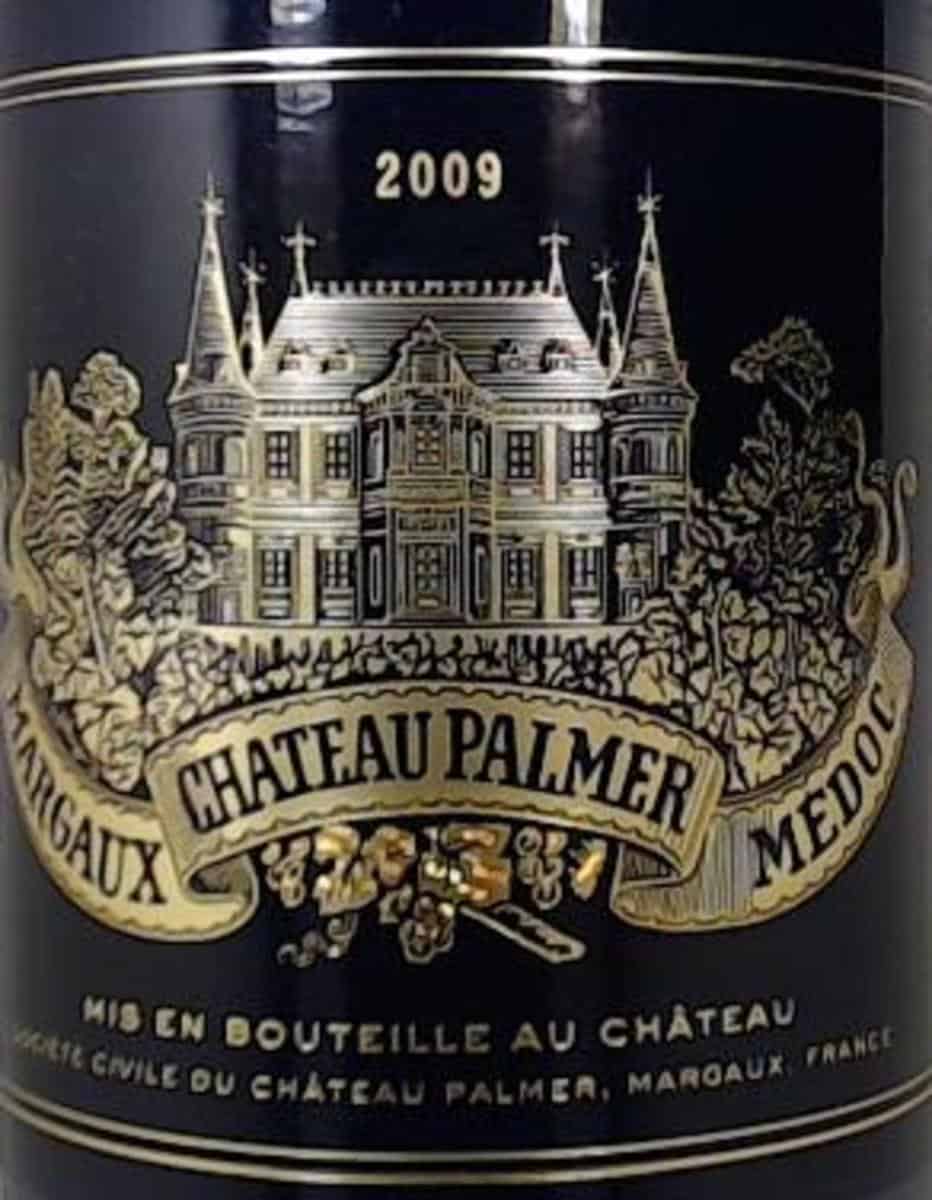 The 2009 vintage was one of the best vintages of Château Palmer in the decade.

Wines produced in the Margaux appellation in Bordeaux are often as complex and spirited as the histories of the estates that bear their names. The best vintages of Château Palmer are no exception. Often delicate, precise, and profoundly pleasing to the palate, the first taste of almost any of this estate’s Bordeaux leaves you wanting more—an exceptional achievement for a wine that was long ago, and perhaps unjustly, classified as a third growth.

Called “one of the most consistent wineries in all of Bordeaux,” by Wine Cellar Insider, Château Palmer wins high marks from critics year after year. Without first-growth classification, however, these wines are still reasonably priced and make a good investment by the case. That can make choosing which vintages to invest in an even more difficult task, of course. We’ll help you sort through the many excellent options so you know exactly what to add to your own collection.

It’s impossible to discuss the wines of Château Palmer without mentioning what makes the estate so special to begin with. Château Palmer is situated on the Left Bank in an ideal location within the Margaux appellation. The proximity to the Gironde Estuary, the exceptional drainage the soil provides, and the topography of the region in general come together to shape the character of the estate’s almost Burgundian Bordeaux wine into something reliably bold, yet surprisingly soft–like an old friend you’re always happy to have around.

Dedication to the production of exceptional wines has remained a constant at Château Palmer.

But Château Palmer’s location isn’t all that makes these wines special. The estate, named for the major general in the British Army who purchased it from a widowed noblewoman in the early 1800s, has been producing distinctly approachable high-quality Bordeaux since the 18th century. Dedication to the production of exceptional wines has remained a constant at Château Palmer—even as the 55 hectares of Merlot, Cabernet Sauvignon, and Petit Verdot vines exchanged a few more hands as the years passed.

The climate-related challenges that affected the 2018 Bordeaux growing season are a perfect case in point. Despite facing the loss of two-thirds of its crop to mildew, current director Thomas Duroux held fast to his decision to produce a harvest without utilizing chemicals. The result? Using only organic and biodynamic methods, Château Palmer went on to make one of the best Bordeaux wines of the vintage. Though, as an estate that repeatedly rises above its 1855 third-growth ranking, it should surprise no one across the Médoc that, even during a bad year, the estate’s winemaking skills coupled with the quality of its terroir can produce a great wine.

Of course, the 2018 Château Palmer isn’t the only recent grand vin that deserves your attention (though with scores ranging between 97 and 99 points, it is certainly worth consideration). Since some of the best vintages of Château Palmer are from recent harvests, let’s first take a look at the years that received 96 points and higher.

2018: Intense, complex, and inviting, with notes of chocolate cake, blackberry jam, and sweet cloves. Rated 99 by Lisa Perrotti-Brown of Wine Advocate. Hold until at least 2028.

2017: Velvety smooth, rounded in texture, and deeply colorful, with striking notes of several dark fruits, licorice, and chocolate. Rated 98 by Perrotti-Brown of Wine Advocate. Hold until at least 2024.

2016: Firm and focused, with stable, sweet tannins that yield into notes of black fruit and, eventually, black truffle. Rated 97 by Neal Martin of Wine Advocate. Hold until at least 2026.

2015: Warm and powerful, with earthy characteristics unfolding into finely-tuned notes of red currant, fig, blackberry, and baker’s chocolate. Rated 98 by Perrotti-Brown of Wine Advocate. Hold until at least 2025.

2010: Bright, fresh, and expressive, with long, clear notes of dark berry, violet, chocolate, and spice. Rated 96 by Robert Parker of Wine Advocate. Hold until at least 2025.

While older wines may run the risk of being past their peak, some of the best vintages of Château Palmer are several decades old—and still getting better with age. Others, like the floral and concentrated 2009 vintage, are slightly newer, but no less sweet to own as part of your portfolio. In fact, all of the following must-have vintages still hold investment potential. Most can also be enjoyed now if the occasion is right to open the bottle.

The 2005 Château Palmer is yet another of the estate’s grand vins that performs as a first-growth wine.

2009: Celebrated as “one of the all-time great Palmers,” by Parker of Wine Advocate, the 2009 Château Palmer makes an ambitious attempt to thrill the palate from start to finish—and succeeds. Slightly smoky with layers of incense and tobacco, the intensity of ripe tannins is softened by prominent floral notes and dark fruit. This vintage is one to behold. Drinking window: 2020 through 2055.

2005: Powerful, radiant, and sweetly seductive, the 2005 Château Palmer is yet another of the estate’s grand vins that performs as a first-growth wine—an impressive feat considering 2005 was a drier year than most. Dark in color and texture, the intense notes of berry and cassis are beautifully balanced with hints of chocolate mint and coffee. Adding the 2005 Château Palmer to your collection will balance out your portfolio beautifully, too. Drinking window: 2022 through 2050.

2000: This vintage was just approaching its full potential in 2015 when Martin of Wine Advocate tasted it at the vertical tasting in London, and it has finally grown into its own. Described by Martin as “unashamedly rich on the entry” while finishing as “something more classic in style, long and tensile,” the 2000 grand vin is worth more than your attention—especially now that it’s matured. Drinking window: now through 2030.

1989: The balanced, but lively, 1989 vintage—described as “a magnificent Château Palmer that continues to effortlessly dish out so much vinous pleasure,” by Martin of Wine Advocate—will please your palate to no end as a part of your collection. Medium-bodied and silky, with lingering notes of strawberry, dark chocolate, and citrus, the 1989 Château Palmer is as polished a red as they come. Drinking window: now through 2050.

1983: Given high marks by Parker and Master of Wine Jancis Robinson, the 1983 Château Palmer may be slightly easier to acquire than the 1961, but is no less of a singular experience to drink. Dense, with a sweet concentration of fruit and a slight trace of mint, this firm, yet gentle, vintage is a thing of beauty to taste. Drinking window: now through 2035.

1961: Repeatedly touted as one of the best vintages the estate has ever produced and awarded 100 points by Parker of Wine Advocate, the 1961 Château Palmer is almost certainly one you should get your hands on if you can. Medium-full bodied, soft, and layered with subtle hints of mulberries, this rare find rivals its first-growth contemporaries. Drinking window: now through 2030.

Where you store your Château Palmer vintages will depend on your plans for the wines.

Once you obtain one or more of these top vintages, it goes without saying that proper storage is key to preserving the wine’s longevity and ensuring it ages as gracefully as possible. Where you store your Château Palmer vintages will also depend on your plans for the wines. Do you hope to enjoy a glass of fine Bordeaux within the next year on a special occasion? Or, are you looking ahead a few decades or more to a time when your younger vintages will be fully mature in taste and value? There is no right or wrong answer, provided the storage solution you choose aligns with your personal goals. A home cellar is a great place to keep wines to plan to drink in the near future, while you may want to consider professional wine storage for the vintages in your collection that you intend to lay down long-term. Not only will this keep your bottles safe and secure, it will provide proof of provenance if and when you’re ready to sell.

Whether you intend to hold your wine for your personal enjoyment or wait to sell your wine later for a profit, keep in mind that beyond the list above there are plenty of other solid vintages from Château Palmer that make worthy additions to a collection. The 2008 vintage is particularly memorable and also received high marks from critics. If it’s important to include wines in your collection that can be consumed sooner rather than later, consider purchasing grand vins from 1990, 2004, and 2007 as well. Though these years didn’t produce the absolute best vintages of Château Palmer available today, there is still plenty to savor about each—and not a lot of time left to enjoy them at their peak.

However you choose to round out your portfolio, be as discerning about where you purchase your wine as you are about where you store it. Every bottle you buy should be not just a wise investment on paper but also a confident purchase of an authentic wine in top condition.