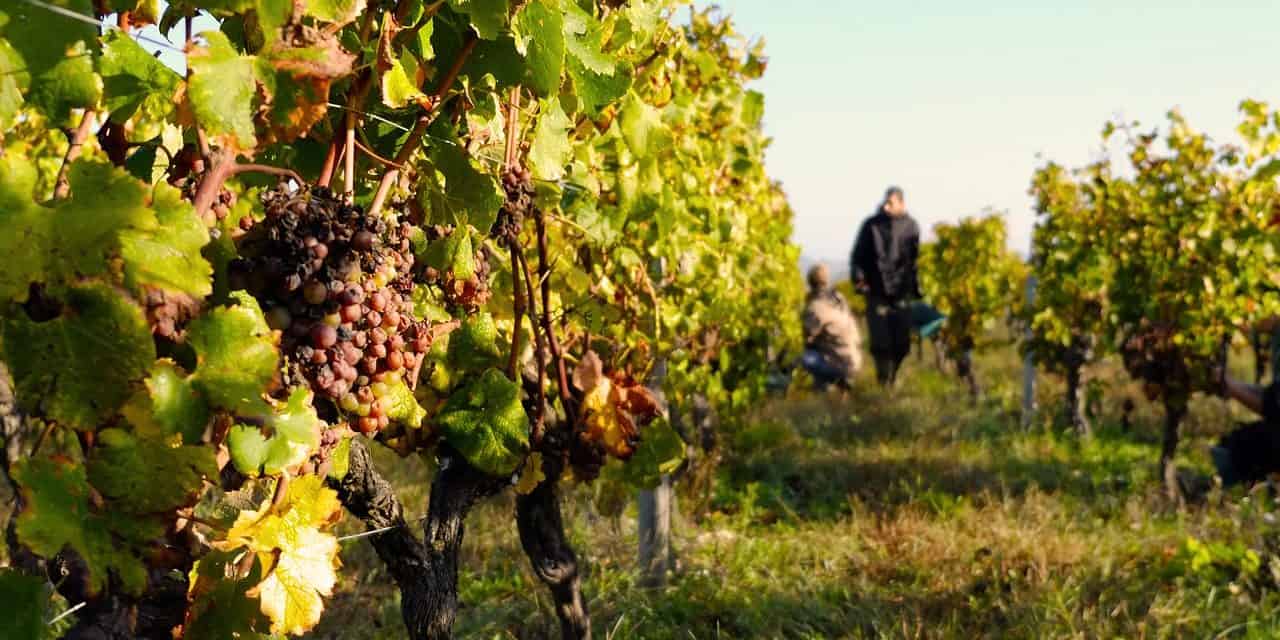 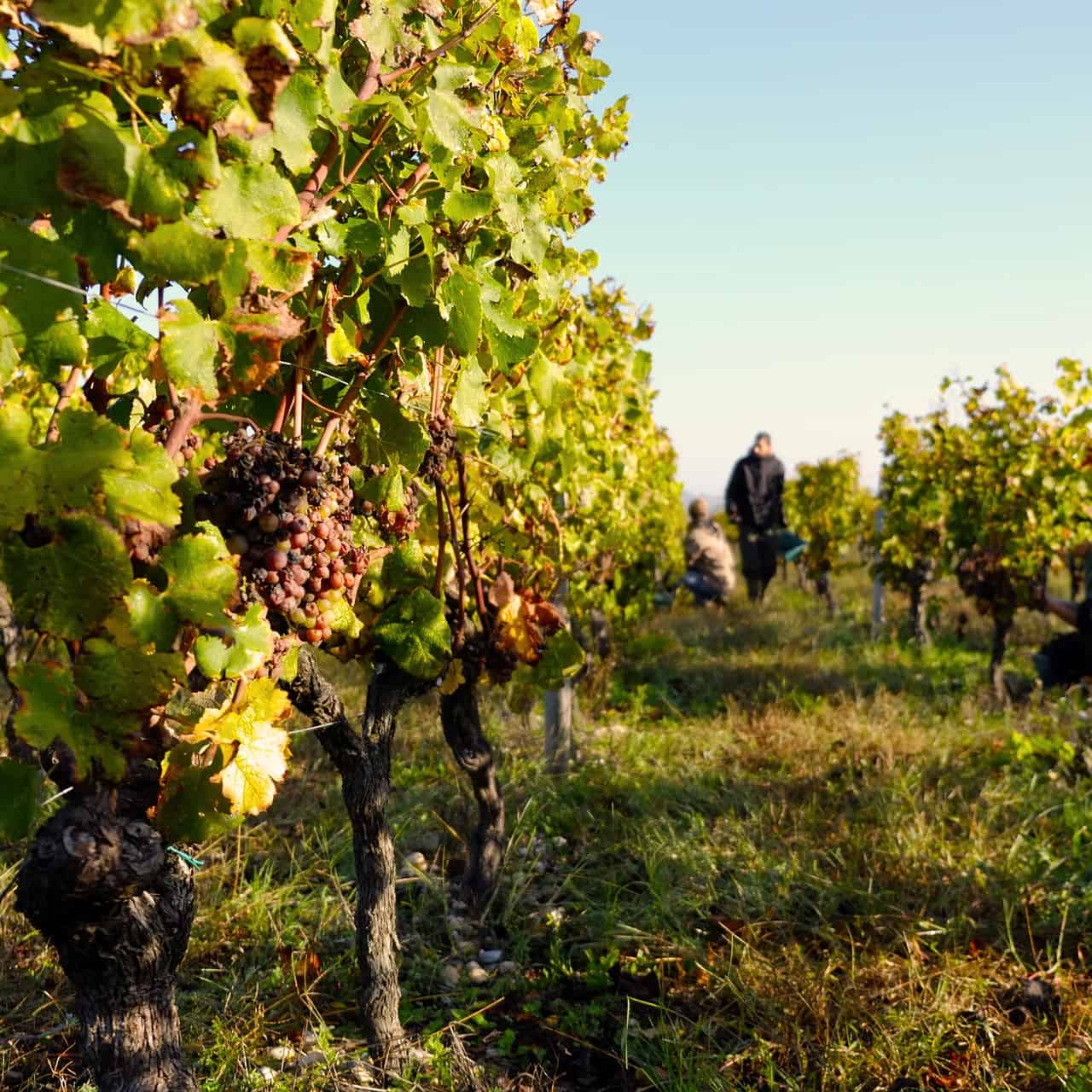 The 2019 Bordeaux harvest was very successful for producers across the region; the fruit is healthy and complex. Image credit: Needpix CC user pedrito33

The 2019 Bordeaux harvest is complete, the last of the grapes have been plucked from the vine, and winemakers and professional critics are very optimistic about the quality of 2019 Bordeaux. Although it’s still very early, they’re seeing firm tannins, rich coloration, and high sugar content balanced by high acidity. The fruit is also strongly aromatic (much like it was during the successful 2018 Bordeaux harvest). In other words, this vintage will be powerful and concentrated—a vintage worth laying down. In this guide to the 2019 Bordeaux harvest, we’ll discuss which grape varieties and areas of Bordeaux had the most success this year so that you can prepare your investments when en primeur season rolls around.

The 2019 Bordeaux Harvest and Growing Season

Although the quality of the fruit is evident, that doesn’t mean that the weather cooperated with winemakers this year. The 2019 Bordeaux harvest was difficult due to extreme heatwaves in the late summer and the threat of heavy rain in the fall, so producers had to proceed with caution. However, the challenging weather ultimately produced exceptional fruit, as the difficult conditions stressed the vines just enough to result in small, deeply concentrated berries.

Around February and March, unseasonably warm temperatures caused the buds to break open much earlier than winemakers anticipated. Some were worried that the fruit would ripen too quickly as the season went on, which would force them to harvest early. However, the weather had other surprises in store. By mid-April and May, temperatures dropped and the threat of hail and frost loomed over much of the region. While vineyards didn’t get as much hail or frost as they did in 2017, it was still a tense time in Bordeaux. The benefit of this cool spell was that it slowed the flowering process down, putting the growing season back on the usual schedule. Most vineyards coped well with this, but some vines had poor fruit set due to the lack of spring flowers.

By late May, the weather warmed up again and the only problem that winemakers faced was a lack of rain. There was 21 percent less rain in 2019 than average, which put stress on the vines. A relatively dry winter and early spring meant that the water table deep underground hadn’t been replenished. Rainstorms at the end of May through early June looked promising, but were short-lived. As a result, in many areas of Bordeaux, particularly those with sandy, fast-draining soils, water was scarce. Producers in these areas hoped for a warm, easy summer so that the vines wouldn’t be too water-stressed.

What followed was one of the hottest summers on record across Bordeaux. Average temperatures this summer were about 1.5 degrees Celsius hotter than over the past 30 years. By mid-July, some vineyards experienced severe drought conditions and were desperately in need of rain. Some of the vines actually shut down during this period, as there wasn’t enough water to sustain further grape growth. Because of this, the quality of 2019 grapes is a little mixed. Estates with dense clay soils, such as Château Petrus, Château Lafleur, and Château Le Pin, produced grapes that were fully ripe and intensely concentrated, with exceptionally high sugar content due to the heat and sunlight. However, regions with sandy, fast-draining soils such as some areas of Médoc and Saint-Émilion struggled to produce grapes that were fully ripe; their wines may taste a little greener or more austere this year.

August wasn’t nearly as hot as July and winemakers were able to harvest their white grapes right on time at the end of the month. Red grape varieties were much higher in sugar, so winemakers held off on harvesting these until cooler weather set in. By mid-September, chilly temperatures and rainfall allowed the grapes to increase sharply in acidity. There was some threat of rot and mildew at this stage, but most winemakers avoided these problems. In all, even though the weather was unusually difficult this year, the fall 2019 Bordeaux harvest was a success for both red and white varieties. These will be among the most powerful and intensely aromatic Bordeaux vintages of the decade.

The 2019 Bordeaux harvest produced top-quality white and red grape varieties that will likely create delicious and well-balanced wine. Here are our predictions for what these wines may taste like once on the market:

Time will tell how these wines develop in the barrel and the bottle. In general, if you enjoy concentrated, complex Bordeaux vintages, this is one to follow closely.

Should You Invest in the 2019 Bordeaux Vintage?

It’s much too early to say with any certainty how 2019 Bordeaux will taste or whether it will be worth collecting. However, based on early pre-fermentation and post-fermentation tasting notes from professional critics and winemakers, we do know a few things about this vintage that can help you make a decision on whether to invest.

For example, many critics and producers are already comparing 2019 red and dry white Bordeaux to the 2009 and 2010 vintages. This is a good sign, as critics rate these two past vintages very highly. Wine Advocate gave the 2009 vintage an average score of 97 points for red and dry white wines. The organization also gave the 2010 vintage an average score of 96 points. The 2019 vintage will likely share a few qualities with these two historic vintages. The 2019 vintage will probably be powerful and high in alcohol like the 2010–examples are 2010 Château Petrus or 2010 Château La Mission Haut-Brion Blanc. It should also be similar to the 2009 vintage in terms of texture. Expect to find plenty of rich, fruity wines with silky tannins along the lines of 2009 Château Margaux or 2009 Château Pape Clément Blanc. As for Sauternes, critics compare it to the 2003 vintage, which was very ripe and full of sweet tropical fruit flavors. 2003 Château D’Yquem or 2003 Château Raymond-Lafon are good examples of what 2019 Sauternes may taste like.

Compared to the 2018 Bordeaux vintage, this year’s vintage isn’t quite as intense or powerful, but it has finer tannins and more alluring floral aromatics. The grapes also aren’t as high in acidity as they were in 2018, making the wines taste more fruit-forward overall. So, if the 2018 vintage was too big for you, then the 2019 vintage is a better choice. You’ll also want to invest in white Bordeaux from this vintage, as 2019 is shaping up to be one of the most successful vintages for dry white Bordeaux wines of the decade. We rarely see white grapes this healthy or well-balanced.

While you wait for the release of the 2019 vintage, try similar wines from past vintages to get a glimpse at how the 2019 wines may mature in the future. Specifically, red and dry whites from 2010 and 2009 are good options as well as Sauternes from 2003. If you enjoy wines from these vintages, then you may want to invest in 2019 futures in the spring. Following the 2019 Bordeaux harvest, wine enthusiasts are very excited about the aging potential and quality of these wines, so it’s a good idea to start planning your purchases now.

A Guide to the Best Château Pontet-Canet Vintages
November 20, 2020
SEARCH
RECENT POSTS
SIGN UP FOR OUR WINE OFFERS
DISCOVER VINFOLIO