The Best Vintages of Château Latour for Collectors 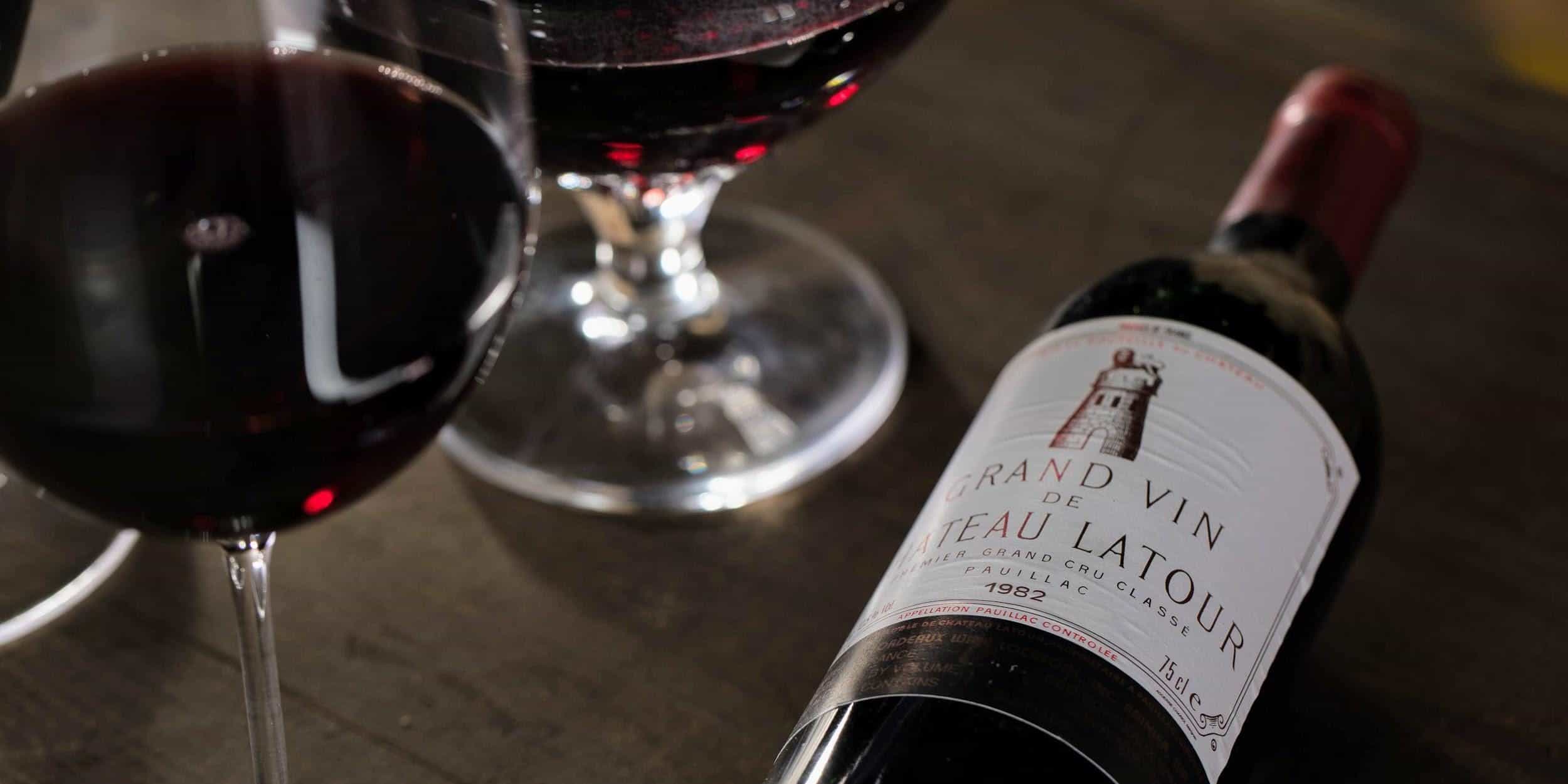 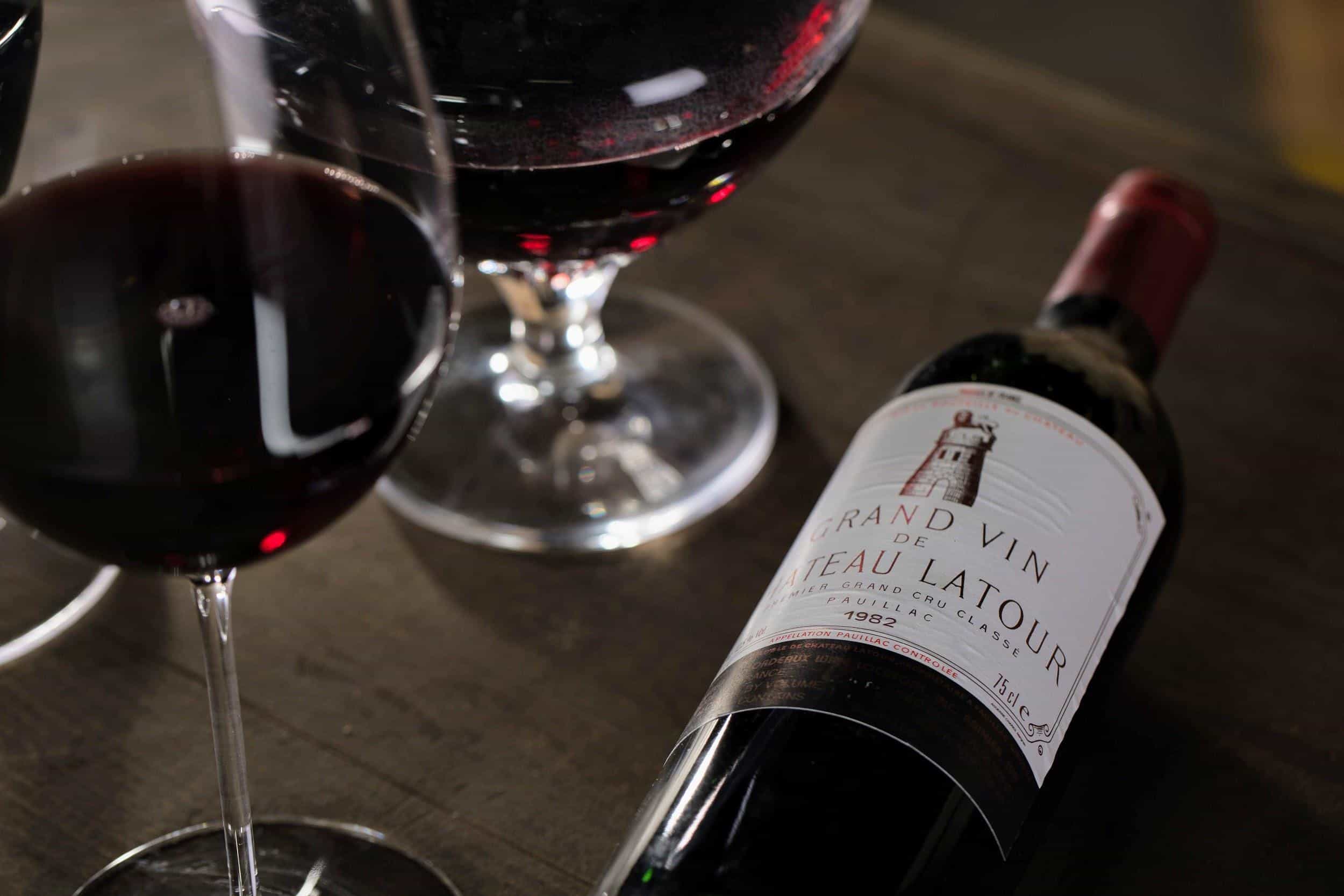 The 1982 vintage is one of the best vintages of Château Latour in history.

The best vintages of Château Latour are among the longest-lived wines in the world. While certain wines like fine port and Tokaji are known to age for 100 years or more, it’s rare to find a red Bordeaux blend with the same aging potential. Château Latour is one of these extraordinary wines. For instance, the 1961 vintage—considered one of the greatest in the estate’s history—continues to develop in complexity even to this day. When Master of Wine Jancis Robinson tried the 1961 vintage a few years ago, she said, “I can hardly believe the drinking dates I am suggesting for this wine! Drink through 2040.” Other critics, such as James Suckling, formerly of Wine Spectator, and John Gilman of View from the Cellar, predict that the vintage will continue to drink well through 2100.

However, not all vintages of Château Latour are this incredibly long-lived. Although these wines are reliably high in quality, there are only a handful of legendary vintages with similar aging potential and value. In this guide, you’ll discover the best vintages of Château Latour; these are the wines that received the very highest scores from critics and that will continue to evolve in flavor and increase in value for decades.

Château Latour: One of the Greatest Bordeaux First Growths

Château Latour is one of the oldest and best-regarded estates in all of Bordeaux. The estate is located in Pauillac on a hillside with significant variations in elevation. In fact, of all of the first growth estates in Bordeaux, Château Latour’s terrain is the most uneven and diverse in soil composition. The variations in terrain and soil produce wines of exceptional complexity, as each parcel influences fruit growth in different ways. Of these parcels, the Enclos terroir is the finest and most historically significant (the estate has maintained it since 1794). All of the grapes used in the grand vin are grown in this specific terroir because it produces wines of immense power and elegance.

What makes this terroir so high in quality is its deep and varied soil composition. At the very heart of Enclos, there is a mix of tremendously dense clay (called argile gonflante) and gravel, which is fast-draining. Water and nutrients are embedded in the dense clay deep underground, where the vine roots must grow deep to reach them. The grapes that grow here are very ripe and concentrated in flavor, as the vines are water-stressed during the summer due to the fast-draining gravel. Château Latour plants most of its Cabernet Sauvignon here at the center of the terroir, as this grape thrives in warm, dry conditions. Some of these vines are nearly 100 years old and produce incredibly complex-tasting fruit. By contrast, along the outskirts of Enclos, the soil is a mixture of marl and clay. The marl is colder and denser than the gravel at the center of the terroir, so the grapes grown here tend to be higher in acidity and ripen more slowly. Château Latour grows small amounts of Merlot, Cabernet Franc, and Petit Verdot in this area which are blended into the grand vin.

Château Latour uses biodynamic farming because winemakers believe this makes the wine a purer reflection of the terroir.

The final grand vin blend is a perfect balance between acidity and sweetness. The Merlot, Cabernet Franc, and Petit Verdot planted on the outskirts of Enclos give the wine firm tannins and tart acid, both of which also increase its aging potential. Yet, the best vintages of Château Latour don’t taste overly tannic or astringent because the Cabernet Sauvignon delivers complex, ripe fruit flavors that soften the tannins and acid.

But terroir isn’t solely responsible for Château Latour’s critical acclaim. This producer is also meticulous about its winemaking practices. The estate uses biodynamic farming because winemakers believe this makes the wine a purer reflection of the terroir. The wine is also vinified in steel to preserve the natural flavors and later aged in 100-percent new French oak, which adds subtle flavors of spice and vanilla to the blend.

All of these factors result in a wine that is full of character. The dark, powerful fruit is complemented by an elegant perfume that unfolds in layers. Moreover, Château Latour manages to produce wines like this year after year. It’s rare to find a poor vintage from this producer. Still, some vintages are a cut above the rest.

Château Latour’s grand vin is one of the most consistent wine labels on the market today. According to average critic scores on wine-searcher, since 1998, every single vintage of the grand vin has received a score of at least 92 points. The 2018 vintage already received high praise from wine enthusiasts during en primeur week and is also expected to rank among the best vintages of Château Latour.

However, eight young vintages stand out for being particularly age-worthy and high in quality. These are the best recent vintages of Château Latour that received scores of at least 96 points from critics:

If you’re looking to invest in young Château Latour, keep in mind that most of these wines will require at least 15 to 20 years of age before they begin to reach maturity. The very best vintages of Château Latour could ultimately age for 100 years or more. It’s a great wine to pass down to future generations.

Winemakers now prefer to use more Merlot grapes to ensure that the final blend has just the right amount of acidity.

Another thing to keep in mind is that the flavor of the grand vin has changed slightly in recent years, so if you’re used to drinking older vintages, you may notice a difference. Winemakers are adding slightly less Cabernet Sauvignon and Cabernet Franc and have increased the amount of Merlot in the blend. This is because temperatures have risen in Bordeaux in recent years. Winemakers now prefer to use more Merlot grapes—which are grown in the cooler marl and clay soil—to ensure that the final blend has just the right amount of acidity, even when the weather is warmer and drier than usual.

And finally, if you plan on buying young vintages of Château Latour, you may have to wait longer than usual to get your hands on these bottles. The estate decided to halt all en primeur futures sales starting with the 2012 vintage. You can still buy these wines after release, but you won’t be able to secure your investments early on along with the rest of your en primeur Bordeaux.

One thing that makes Château Latour wines special is that they can last for many decades and still taste as vibrant as they did upon release. If you don’t have time to wait for a young vintage to mature or you want to buy a birth year wine for an upcoming celebration, older vintages of Château Latour are great options.

A trustworthy vendor will inspect every bottle for authenticity to ensure that you won’t become a victim of wine fraud.

The following older vintages received an average score of at least 96 points from top critics:

One problem with collecting the best older vintages of Château Latour is that many of these wines are difficult to find. As time goes on, the number of available bottles of Château Latour decreases and collectors may be left with bottles that have less-than-pristine provenance. Since counterfeit bottles of legendary vintages are common, if you’re unable to prove provenance or verify that the wine has been stored correctly, it’s wise to steer clear. A trustworthy vendor will inspect every bottle for authenticity to ensure that you won’t become a victim of wine fraud and will also look for signs of damage, like a leaking cork.

When to Drink the Best Vintages of Château Latour

While tasting notes can give you a general sense of how long to age your Château Latour, when in doubt, it’s best to err on the side of holding your bottles. While you can drink these wines young, you won’t experience the true power and complexity that they develop with time. Because Château Latour is so rare and sought-after, it would be a shame to waste a tasting on a bottle that’s still a little too green. As a general rule, hold all vintages of Château Latour until they are at least 15 years old (and at least 20 years old for the best vintages). You can also check the ideal drinking window using an online wine app that keeps track of the latest tasting notes from professional critics and casual collectors.

Older vintages are more delicate and should only be decanted for a few minutes.

When you’re ready to drink your wine, decant it very carefully. Vintages that are between 20 and 30 years old can withstand two or three hours of decanting (the younger the wine is, the longer you can decant it). However, older vintages are more delicate and should only be decanted for a few minutes, just long enough to separate the solid sediment from the rest of the wine.

Investing in the best vintages of Château Latour is an incredibly rewarding endeavor for serious Bordeaux collectors. Although these wines are hard to find and require careful storage, the effort is always worthwhile because Château Latour wines are among the most delicious and multilayered in the world.