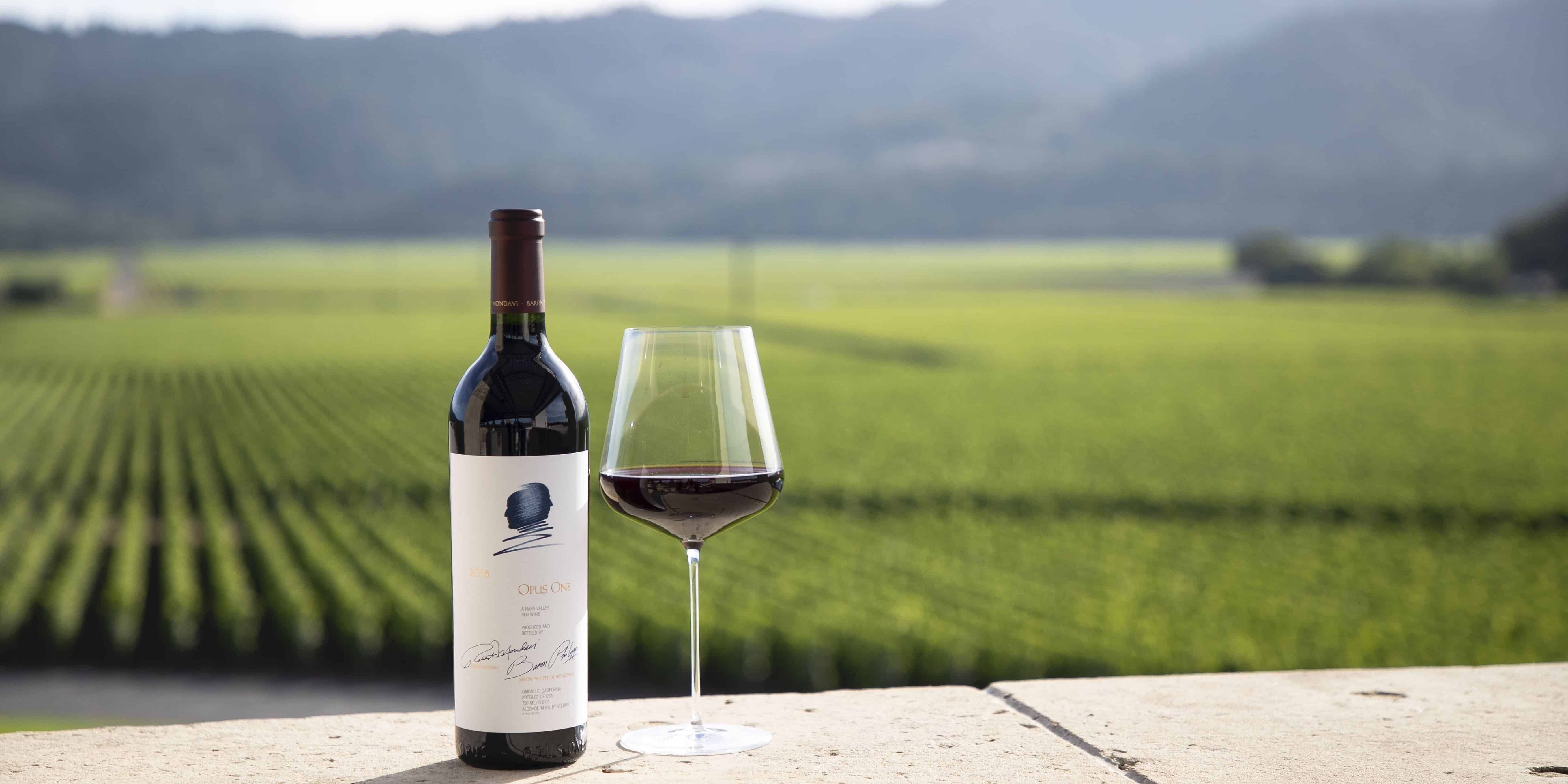 A September sunset at Opus One’s magnificent estate in the Oakville region of Napa Valley.

Located in the Oakville area of California’s Napa Valley, Opus One was founded by two legends in the wine world: Robert Mondavi of the top Napa estate that bears his name and Baron Philippe de Rothschild of the First-Growth Château Mouton-Rothschild. Combining the rich cultures of French and American winemaking, Opus has been crafting top-quality wines for over 40 years now.

“When we marry these two cultural perspectives, a complex blend is created in which there is a strong drive to realize an objective and an equally passionate embrace of tradition,” says Greg Miller, Opus One sales and marketing manager.

This passion is realized in the distinctive quality of the estate’s wines, and the most recently released vintage—the 2016 Opus One—is no exception. Blending together 77 percent Cabernet Sauvignon, 8 percent Petit Verdot, 8 percent Merlot, 5 percent Cabernet Franc, and 2 percent Malbec, the 2016 vintage received a 99-point rating from James Suckling and a 97-point–plus rating from Wine Advocate’s Lisa Perrotti-Brown. “Full-bodied, super concentrated and packed with black and blue fruits, the palate is built like a brick house with firm, ripe, finely grained tannins and oodles of freshness, finishing long and perfumed,” she says. “This [is] a very decadent expression of Opus One with a provocatively effortless harmoniousness that is truly difficult to resist.”

Vinfolio spoke with Miller about the production behind and expectations for the estate’s promising new release. 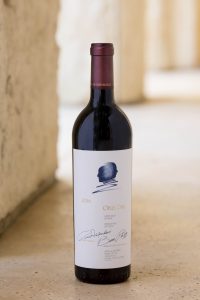 Can you tell me about the blending process for the 2016 vintage?
While the percentages largely reflect the actual percentage breakdown of the cultivars we have planted on our estate vineyards, the subtle percentage differences in the final blend from vintage to vintage are purely a result of the growing season and our effort to best express that story of place and time. The process of blending at Opus One is quite complex and really begins in the vineyard. From our clonal diversity within the vineyard blocks to co-fermentation in the winery to the raising of the wines in barrel, the idea is to allow integration to occur as early as possible. Constant and thoughtful evaluation of the fruit and wines throughout this process allows for the final blend to take shape over time and not simply put together at the end. The best expression of the 2016 growing season just happened to be this combination.

How should Opus One fans expect the 2016 to compare to other vintages from the estate?
While the 2016 vintage of Opus One will deliver a beautifully differentiated expression of aromatics and flavors due to the specifics of the growing season, there will certainly be a string of continuity with the structure, texture, and balance between grace and power resulting from the sense of place that our estate vineyards deliver.

How do you predict the 2016 will develop in the bottle?
Patience is one of our three values of wine. In its youth, the 2016 is remarkably elegant and bright. It is balanced, harmonious, and lively with layers of red and blue fruit, baking spices, vanilla, and spring florals. While the wine shows beautifully now, it will no doubt continue to evolve and develop even more complexity over time.

Secure your bottles of this promising release, as well as Overture by Opus One, today.