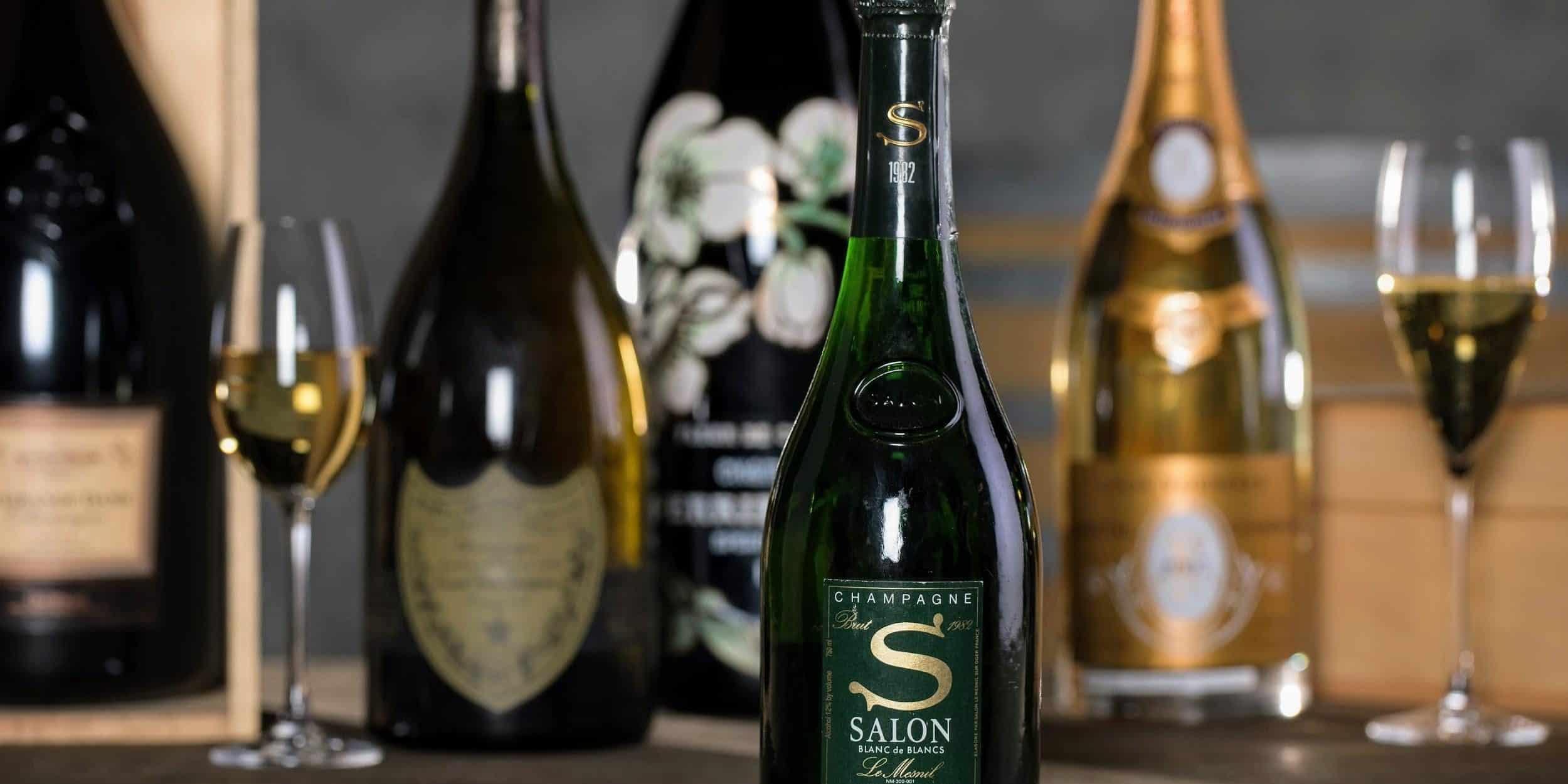 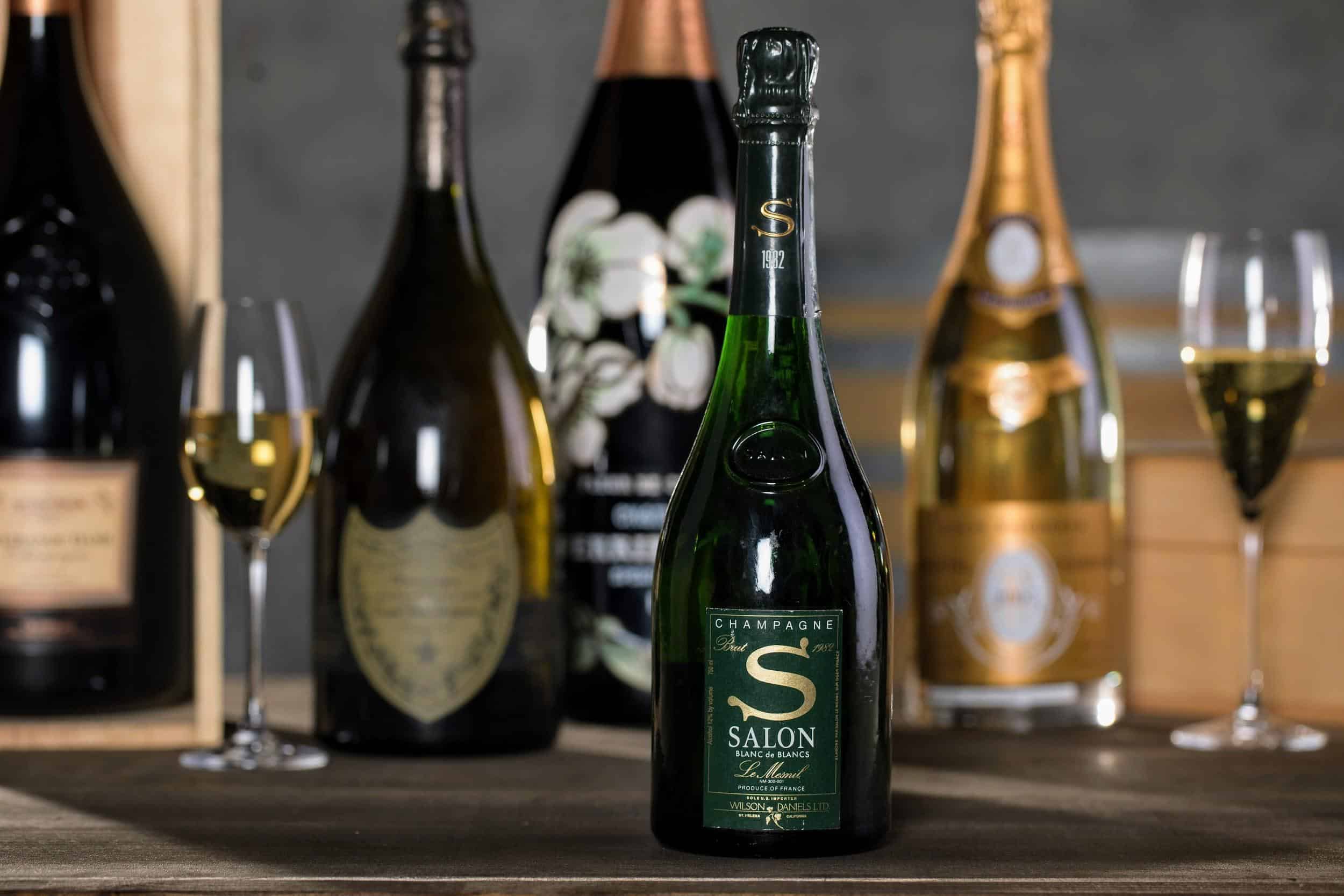 Two of the best Salon Champagne vintages in history are the 2002 and the 1996.

There is no Champagne in the world quite like Salon’s blanc de blancs Le Mesnil cuvée. Made from top-quality Chardonnay grapes grown in just one grand cru village and from a single vintage, the wine is an outstanding expression of time and place. Every bottle of Salon is distinctive and potentially legendary⁠—the house only produces a vintage when the quality is phenomenal.

For this reason, it’s difficult to rank the best Salon Champagne vintages in the house’s long and prestigious history. From the long-lived 1961 vintage to the lively and mythical 2002 vintage, each bottle of Salon offers something special. Nonetheless, a number of vintages consistently score highest among professional critics and other wine connoisseurs. We’ve compiled a list of the best Salon Champagne vintages of all time to help you start a top-notch collection of your own.

How Salon Crafts Its World-Class Champagne

The house of Salon has always set itself apart from its peers. When Salon was founded in the early 1900s by Eugène Aimé Salon, no other Champagne house made wine from 100 percent Chardonnay grapes. Winemakers believed the grapes weren’t full-bodied or structured enough to make a fine, age-worthy Champagne. Houses typically blended Chardonnay with Pinot Noir or Pinot Meunier to add structure. Salon broke this tradition, creating a single varietal wine with great elegance and intensity.

Salon is perhaps the longest-lived Champagne on the market today.

What made Salon successful was the terroir: Le Mesnil-sur-Oger in the Côte des Blancs region of southeast Champagne. The region’s chalky slopes and seabed soils studded with fossilized shells give the house of Salon’s cuvée a distinctive minerality. Chardonnay grown in this terroir is also much more acidic and structured than Chardonnay grown in most other areas of Champagne. The intense acidity allows these wines to age for many decades. Salon is perhaps the longest-lived Champagne on the market today.

Throughout its history, the house of Salon has closely guarded the quality of its wines. The producer has grown grapes in the very same vineyards since 1905. Some of the grapes come from Jardin de Salon, a tiny parcel of land located a stone’s throw away from the house’s iconic white tasting room. The rest of the grapes are grown in 19 other small vineyards scattered across le Mesnil-sur-Oger, all hand-selected by Salon’s founder Eugène Aimé Salon in the early 20th century. Some of the vines are more than 40 years old and produce grapes with immense complexity.

Salon wines are more acidic, fresher, and have greater aging potential than their peers.

While the terroir and vines are exceptional, Salon’s meticulous winemaking techniques also contribute significantly to the longevity of these wines. All of the grapes are hand-picked before going through a process called blocked malolactic fermentation. Most Champagne goes through full malolactic fermentation, which gives them a distinctive creaminess and approachability in their youth. Because Salon prevents this process from occurring, its wines are more acidic, fresher, and have greater aging potential than its peers. Salon then ferments and ages the wine in steel to preserve the natural characteristics of the terroir. After bottling, Salon holds the wine for an additional ten years, allowing it to develop greater complexity before it reaches the market.

Salon Champagne is arguably the truest expression of the le Mesnil-sur-Oger terroir. When you taste these wines, you take a journey through its legendary vineyards. If you want to experience these unforgettable wines for yourself, consider a few of the best Salon Champagne vintages below.

What Are the Best Salon Champagne Vintages of All Time?

Technically, every Le Mesnil cuvée is among the best Salon Champagne vintages in history. That’s because this producer only releases a vintage when the quality meets current President Didier Depond’s high standards. If the fruit isn’t complex enough or doesn’t have a distinctive personality, then Depond will sell it to the house’s sister winery, Champagne Delamotte, or other houses.

Still, even among the best Salon Champagne vintages, some years stand out for being particularly high in quality. The two vintages below received average critic scores of 96+ points and are considered by many Champagne enthusiasts to be the greatest in the house’s long history:

However, these vintages are very difficult to find on the market. High demand coupled with low quantities (Salon only makes 60,000 bottles per vintage, on average) means that these wines are incredibly rare. If you find one of these vintages from a trustworthy seller, buy it soon, as it is likely to sell out.

Younger vintages made in the late 1990s and early 2000s still need quite a bit of time in storage before they’re ready to drink.

There are also plenty of other top-quality Salon Champagne vintages that make excellent additions to a collection. The vintages below all received scores of 90+ points:

These vintages may be easier to find on the market than the 2002 and 1996 vintages. However, vintages made before 2000 are becoming rarer as time goes on. If you do manage to find an older vintage of Le Mesnil, try it, as you’ll get to taste Salon Champagne at its most complex and finessed. For example, when the 1997 vintage was first released, it was quite austere. Today, it still has a youthful freshness, but it also has richer, nuttier flavors that weren’t present upon release. Younger vintages made in the late 1990s and early 2000s still need quite a bit of time in storage before they’re ready to drink, so keep this in mind as you buy wine for your collection. The best Salon Champagne vintages generally need at least ten years of additional storage before they become approachable enough to drink.

Building a collection of the best Salon Champagne vintages is not like collecting Champagne from other houses. These wines are built for long-term aging and are often very acidic in their youth. If you want to open a bottle of Salon soon, consider buying an older vintage made from grapes harvested at least 30 years ago. These wines will have a doughy and sometimes smoky taste in addition to the bright citrus fruit flavors that persist over the decades. On the other hand, if you have time to wait for your wine to reach maturity or you plan to resell your bottles for a profit later, then it’s a good idea to buy younger vintages shortly after they’re released. The next anticipated vintage is the 2008, which will likely age longer than usual because it will be released only in a magnum format.

Another tip for collecting the best Salon Champagne vintages is to wait until older vintages are re-released. The house of Salon always holds some wine on the lees for re-release, and these vintages are often much more expensive than those released earlier. For example, when Salon re-released a few bottles of the 1988 vintage, they sold for five times more than the same vintage when it was released for the first time. However, the benefit of investing in these wines is that they have aged under perfect conditions and have a clear line of provenance. They will likely be worth more than other bottles of the same vintage in the future.

Salon has released fewer than 40 commercial vintages in its history.

If you’re waiting for your Salon bottles to mature, another option is to buy wine from Salon’s sister winery, Delamotte. This producer sometimes releases wines made from grapes that were originally grown by Salon but were rejected by the house. Many of these wines also taste refined and deeply complex. They aren’t as valuable or collectible as actual Salon releases, but they have similar bracing acidity and intense flavors. Delamotte wines undergo full malolactic fermentation, so they’re creamier and more approachable than the Salon cuvée. Delamotte Champagne makes an excellent “cellar defender” for drinking while you wait for your Salon vintages to mature.

Salon has released fewer than 40 commercial vintages in its history, so any wine from this estate is inherently rare and collectible. Whether you buy the very best Salon Champagne vintages that received the highest scores from critics or choose spectacular (and underrated) vintages like 1966 or 1983, you can’t go wrong. As one of the most valuable, age-worthy, and singular Champagne houses in history, Salon is an alluring and worthwhile investment.

La Place de Bordeaux explained: what it is and how it works
November 26, 2022
SEARCH
RECENT POSTS
SIGN UP FOR OUR WINE OFFERS