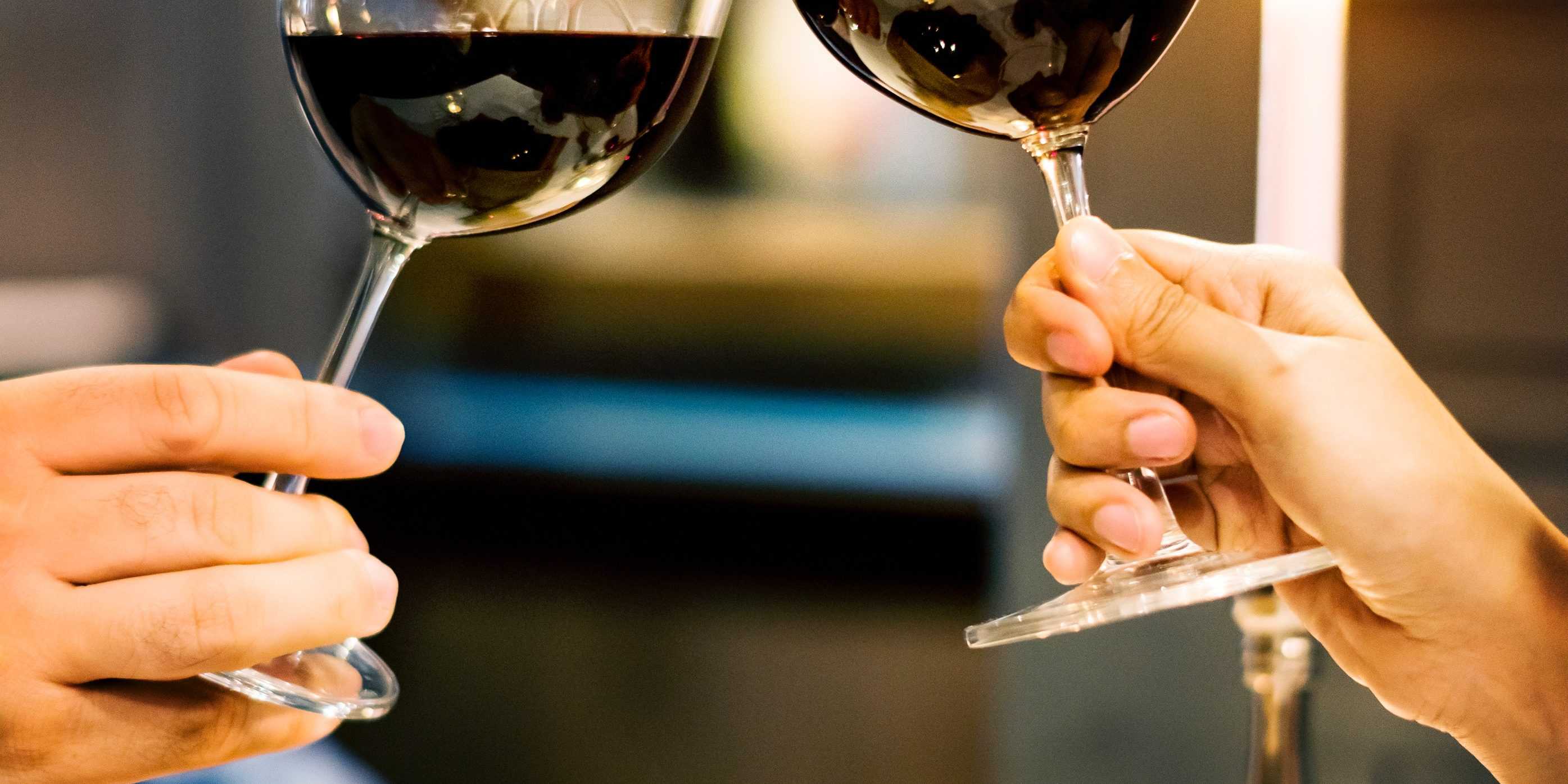 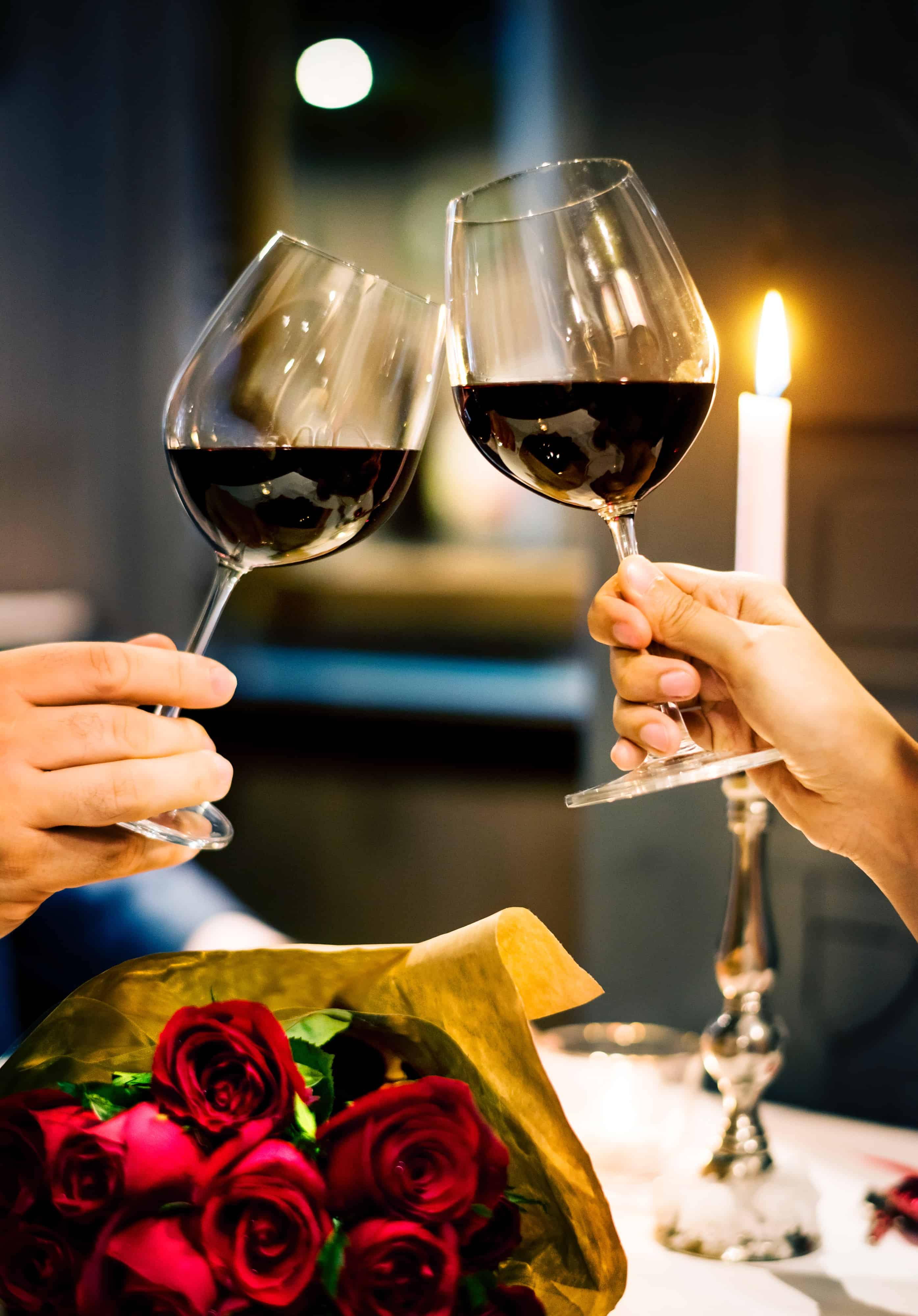 Giving wine as an anniversary gift is a great way to show your spouse how much you care about them. Photo Credit: Pexels

If you want to give your spouse an impressive bottle of wine to celebrate your life together, start by considering a few basic factors, like your tastes, the vintage, and the wine’s aging potential. This guide will help you find the ideal wine for every anniversary celebration.

What Types of Wine Make the Best Anniversary Gifts?

When it comes to wine, the best gifts are those that match both of your tastes. To make the gift even more memorable, pick out wines that hold special meaning for you as a couple, such as a vintage from the year you got married or the same wine you had at your wedding. If picking out the perfect wine gift is a little more complicated–you and your partner have very different wine preferences, for example–try following the steps below.

Couples don’t always agree on wine. In a thread on the Wine Berserkers forum, one poster said he had planned on buying a few bottles of age-worthy Brunello to lay down for future anniversary celebrations. He thought this was a perfect choice because he and his wife had spent their honeymoon in Montalcino. However, when he realized that his wife doesn’t love dry red wines, he chose a few bottles of Champagne instead. It was something they both could enjoy.

Look for a style, region, or producer you can agree on.

When it comes to giving wine as an anniversary gift, take your partner’s taste and your own taste into consideration. Unlike birthday or holiday gifts, which are only meant for one gift recipient, anniversary wine gifts are usually best experienced as a couple. Even if you and your spouse have very different opinions on wine, look for a style, region, or producer you can agree on.

Step 2: Pick Out the Right Vintage

Choosing wine from the year you got married is a simple way to make a meaningful vintage choice; however, buying wine from your marriage year isn’t necessarily the best option for every couple. Let’s say you and your partner both love Bordeaux, but you got married in 2013. A few wines were successful that year, like those made in Pomerol, Saint-Estèphe, and Saint-Julien, but, in general, it’s very difficult to find top-quality Bordeaux from 2013. If you’re in a similar situation, pick a different year that still has meaning for you as a couple (such as the year you started dating) or just pick a great vintage that you know you’ll both love. As long as you can enjoy the wine together, you shouldn’t let vintage issues bother you.

Step 3: Make Sure the Wine Is Ready to Drink

I know a couple who have a cellar full of wines that they’re saving for future anniversary dinners. Some of these wines are ready to drink now, but quite a few of them still need time to mature. They have one bottle of 1996 Château Margaux that they’ve been saving for decades while they wait for the ideal moment to open it. They’re planning on serving it for their 25th wedding anniversary in 2021.

You can find many top-quality bottles of Champagne and Sauternes that have great aging potential but that also drink very well when they’re still young.

While it’s tempting to buy your spouse a fine bottle of young wine from a great vintage, like 2016 Château Mouton Rothschild, these wines will take many years to mature. This is something of a dilemma for newly married couples who love great, ageable wine. If your marriage is only a few years old and you want to buy wine from your marriage year, then you’re limited to easy-drinking styles–or feeling guilty when you open a great wine while it’s still very young. In this case, non-vintage Champagne or a dessert wine may be the best choice for a first anniversary celebration. You can find many top-quality bottles of Champagne and Sauternes that have great aging potential but that also drink very well when they’re still young, so you can open some now for your anniversary while also laying some down for future celebrations.

If you’re looking for specific wine recommendations for a special anniversary, we’ve put together a list of some great options below.

Gifts for Your First Few Anniversaries

As we mentioned above, if you decide to buy wine from the year you got married, then the first year or two can be tricky to shop for. If you’re newlyweds and want to pick a wine from your wedding year, for example, you won’t be able to give your spouse a bottle of young vintage Champagne because these wines are generally held a few years in bottle before they’re released. And other wines, like fine red Bordeaux, won’t be at their peak for some time.

If you have a milestone anniversary coming up, think about getting your spouse something really spectacular.

Instead, seek out non-vintage Champagne or another type of sparkling wine that’s meant to be drunk young. Or, you can buy a bottle of dessert wine for your spouse–these are often released fairly soon after bottling. Here are a few great gift options:

Another option is to just ignore the vintage entirely and give your spouse an older wine. There are no rules saying you have to give your spouse wine from the year you got married, so if you both love aged Sauternes, for example, why not splurge on a bottle of 2001 Château d’Yquem?

Some couples celebrate every anniversary with a rare, high-quality bottle of wine. Others choose to hold these bottles for special milestones, like five-year, 20-year, or 50-year anniversaries. If you have one of these milestone anniversaries coming up, think about getting your spouse something really spectacular. These occasions only happen every five or ten years, so take the opportunity to surprise your loved one with the most impressive bottle you can find.

As long as the wine tastes delicious to both of you and you get to drink it together, then your gift will be a success.

The great thing about giving wine as an anniversary gift for milestone years is that you have a lot more options than you had as newlyweds. Here are our recommendations for memorable milestone anniversary gifts:

White Burgundy starts reaching maturity around this time. Some will age for another five or ten years, but many bottles will taste both fresh and complex at this stage. If your five-year anniversary is happening this year or next year, we suggest these white Burgundies:

Riper styles of German Riesling should be drinking quite well around the ten- or 15-year mark. If one of these anniversaries is coming up soon, the following Riesling wines make excellent gift options:

Barolo reaches peak maturity around the 20 to 25 year mark, so this is a perfect option for a milestone anniversary gift. If your 20th or 25th anniversary is coming up, consider one of these Barolo wines:

Almost all red grand cru Bordeaux will be approaching maturity after 30 years in storage. These bottles, in particular, are drinking well right now:

40-Year Anniversaries and Beyond

After 40 years of marriage, giving wine from the year you were married becomes more challenging because many wines are past their peak by this time. This is a good time to choose a fine fortified wine like aged port or a sweet wine with great aging potential like Sauternes or Tokaji. These can easily last 100 years or more, so there’s little risk of opening a wine that’s over the hill. Here are a few excellent options:

Of course, there’s no reason to feel constrained by the need to find a great wine that is also the same age as your relationship. You can give your spouse aged vintage port for your first anniversary or open a great bottle of white Burgundy for a 50-year celebration. As long as the wine tastes delicious to both of you and you get to drink it together, then your gift will be a success.

How to Give Wine as an Anniversary Gift

Not all anniversary wine gifts have to be a surprise. In fact, many of the couples I know shop for anniversary wines many years in advance and keep them in storage until they reach certain milestones. This is perhaps the best way to buy wine for an anniversary since you don’t have to worry about getting the wine shipped to your home in time and you can plan your anniversary dinner in advance around a particular bottle.

So, no matter what anniversary you’re celebrating this year, you might want to think ahead to your next big milestone celebration. Buying great wines while they’re still relatively young is not only more cost-effective but also makes the gift that much more special, since it shows that you planned ahead and thought of your future together. Aged wine makes an incredible anniversary gift because it’s a reflection of your long history, which, like fine wine, has matured and grown in complexity with time.

15 Best Wines to Gift To Make a Good Impression
June 24, 2022
SEARCH
RECENT POSTS
SIGN UP FOR OUR WINE OFFERS