Decanting Château d’Yquem: Should You or Shouldn’t You? 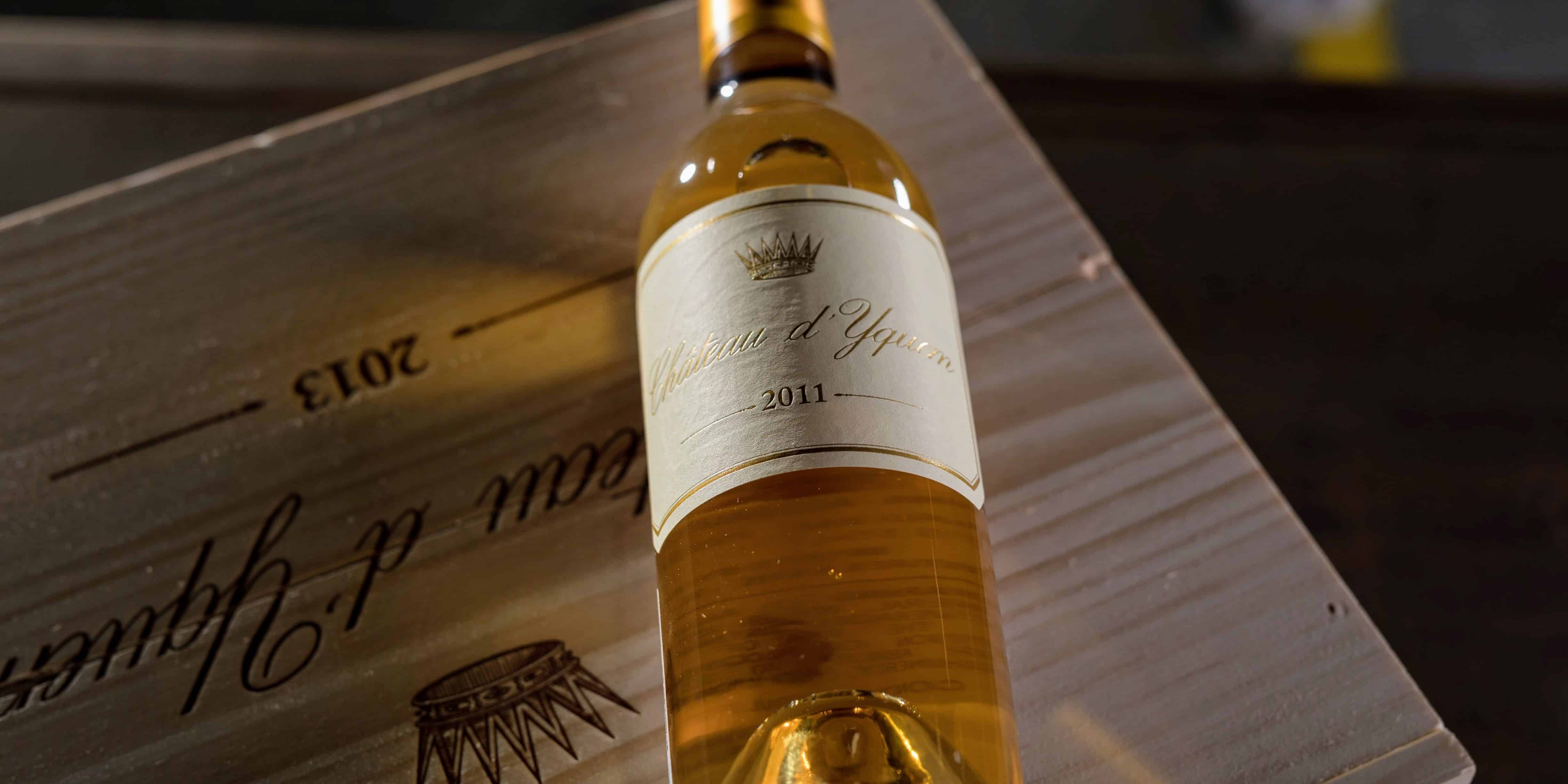 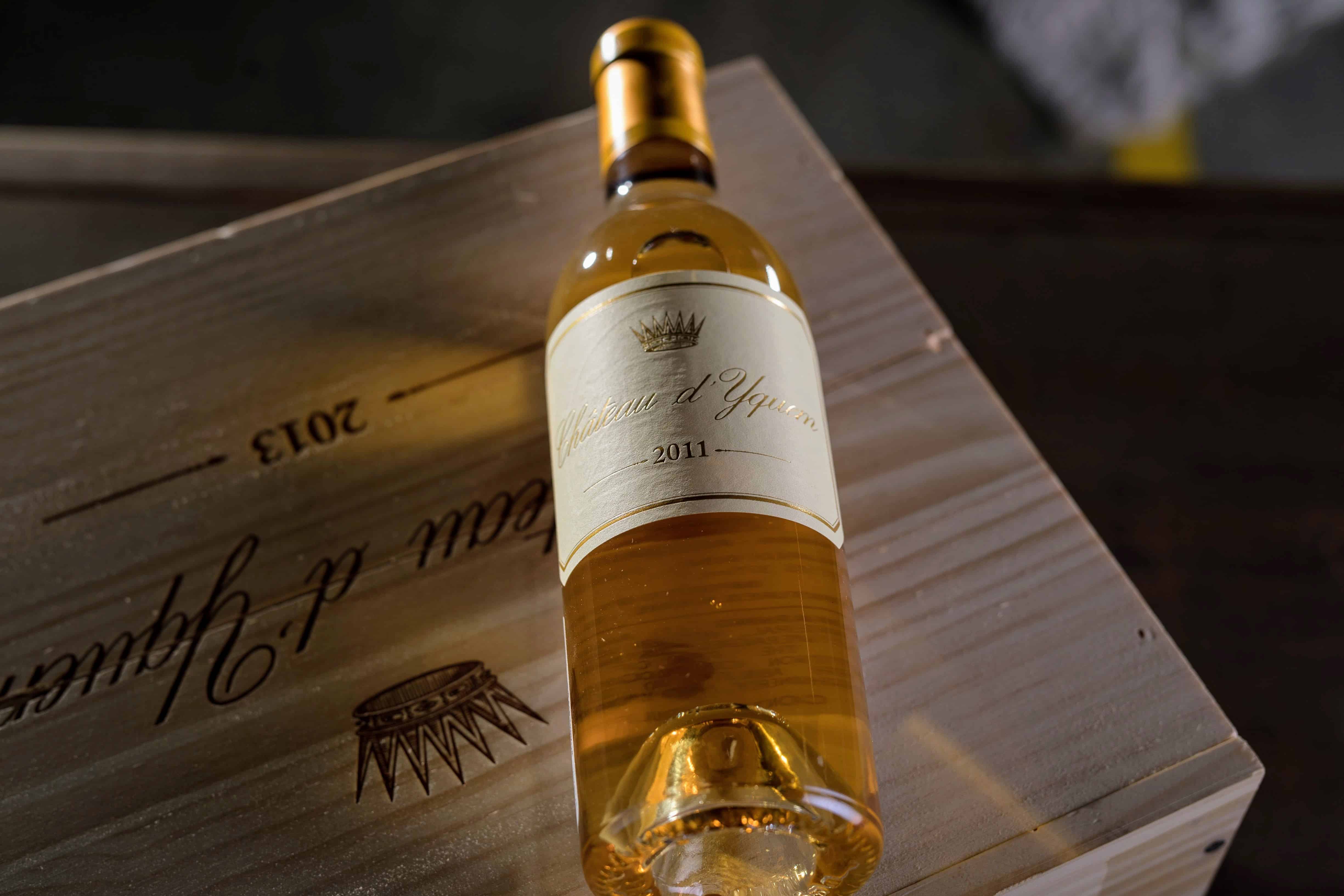 Decanting Château d’Yquem is a matter of personal preference–some think it enhances the wine’s flavors, while others think the wine tastes complex enough straight from the bottle.

A few years ago, a wine enthusiast wrote a letter to Wine Spectator’s Dr. Vinifera asking whether it’s safe to decant Sauternes. The letter writer had just come back from a restaurant and had been surprised to see that the sommelier poured a 1995 Château d’Yquem from a decanter. The writer explained, “I’ve enjoyed a number of high-end sweet wines before, but never saw them decanted.” Dr. Vinifera responded that decanting Château d’Yquem certainly isn’t a common practice, but it’s also not a bad idea. Like any other fine wine, some Sauternes vintages open up with a little aeration and become more expressive.

However, decanting Château d’Yquem can be risky. You have to weigh the pros and the cons of this practice–and consider the age and characteristics of the wine you’re thinking about decanting–to decide whether these risks are worthwhile. This guide will help you determine which Château d’Yquem vintages benefit from being decanted and which should be left alone.

Decanting works by exposing as much of the wine as possible to oxygen just before serving it. This is done because some wines taste tight or closed on the nose. Oxygen gives the wine more room to “breathe” so that it’s able to release more aromatic compounds into the air. When these compounds are trapped in the bottle with little oxygen and poured immediately into a narrow glass, the compounds won’t reach your nose and olfactory system as well–they are still fairly concentrated in the liquid. After a few hours in a decanter, the compounds have time to mix with oxygen and disperse, allowing you to enjoy the aromatics more readily and therefore taste the wine more fully. Some people also decant their wines to remove excess sediment.

Just like any other wine, Sauternes wines do often benefit from some decanting.

But what do you do with a wine like Château d’Yquem, which is already very complex and aromatic? Does decanting Château d’Yquem have any real benefits at all? The answer is yes–that is, most of the time. Just like any other wine, Sauternes wines do often benefit from some decanting. Exposure to oxygen can make the sweet fruit, blossom, jasmine, and citrus notes in these wines even more prominent and enrich the drinking experience.

The main reason we don’t see these wines decanted often is that most people are only used to decanting red and fortified wines. White wine is rarely decanted because:

However, Château d’Yquem isn’t like easy-drinking Sauvignon Blanc or delicate Pinot Grigio. It’s a rich, sturdy white wine that sometimes requires a little aeration to express itself fully. Sauternes is very complex and layered; decanting it can bring out some of its more subtle flavors. Last year, one of my colleagues opened a bottle of 2000 Château d’Yquem and drank it slowly over the course of the evening. The first glass was acidic and juicy, but he didn’t find it as complex as some of the other vintages he’d had. After an hour, though, the wine had opened up and he could taste subtle flavors of ginger and dandelion.

The Risks of Decanting Château d’Yquem

Decanting Château d’Yquem may enhance your drinking experience, but it also comes with some risks and drawbacks, which include:

Serving temperature plays a huge role in the way a wine tastes. If it’s just a few degrees off its ideal temperature, a wine won’t be at its best; it can taste closed off or less complex if it is too cold, or flabby and alcoholic if it is too warm. The ideal serving temperature for Château d’Yquem is between 55 and 59 degrees. This is warmer than most white wines, but it’s still cooler than most reds. What this means is that you usually can’t decant Sauternes for the same amount of time that you would decant a young red wine. To combat this problem, keep your bottle stored at a cooler than normal temperature (around 45 or even as low as 40 degrees) the day before you serve it and decant it for a short period of time. Under these conditions, most Sauternes will reach an ideal drinking temperature within 30 minutes to an hour of being pulled out of storage and poured into a decanter.

While Château d’Yquem makes wines that are designed to age for very long periods of time, older vintages can still lose flavor if they’re exposed to oxygen for too long.

Another, more serious, risk of decanting Château d’Yquem is that it’s easy to over-decant aged bottles. With age, the wine’s flavor compounds become more delicate and subtle, and while Château d’Yquem makes wines that are designed to age for very long periods of time, older vintages can still lose flavor if they’re exposed to oxygen for too long. Generally, any wine that’s more than 20 years old should be decanted with extreme caution. To prevent over-decanting, always smell the wine and taste it immediately after opening the bottle. If it smells nutty or tastes like dried fruit, then it probably doesn’t need any decanting. For example, the 1971 and 1990 vintages should be perfect without any decanting.

One final risk of decanting Château d’Yquem is that it limits your serving options. Once you’ve started the decanting process, you have to commit to drinking the entire wine that same day. Serving wine directly from the bottle, on the other hand, gives you the option to recork it if you have the right tools, allowing you to enjoy the wine over the course of a few days.

Should You Decant? The Bottom Line

Whether you decant your Sauternes wine is a matter of personal preference. Some of my friends love how these wines taste after an hour in the decanter, while others choose not to take the risk with their best vintages–no matter how small that risk may be. As a general rule, any vintages made after 2000 are most likely perfectly safe to decant for short periods of time. Any wines made before this should be considered on a case-by-case basis. As we mentioned above, you’ll need to try a bit of the wine yourself first. If you’re unsure whether the possible benefits of decanting outweigh the risks, another option is to test this process out on just one of your Château d’Yquem wines. Decant half of the bottle and serve the rest of the wine immediately. You’ll be able to compare the two treatments to tell whether the decanting time made any noticeable difference in the flavor. This should help you decide whether the taste has improved enough to risk decanting other bottles.