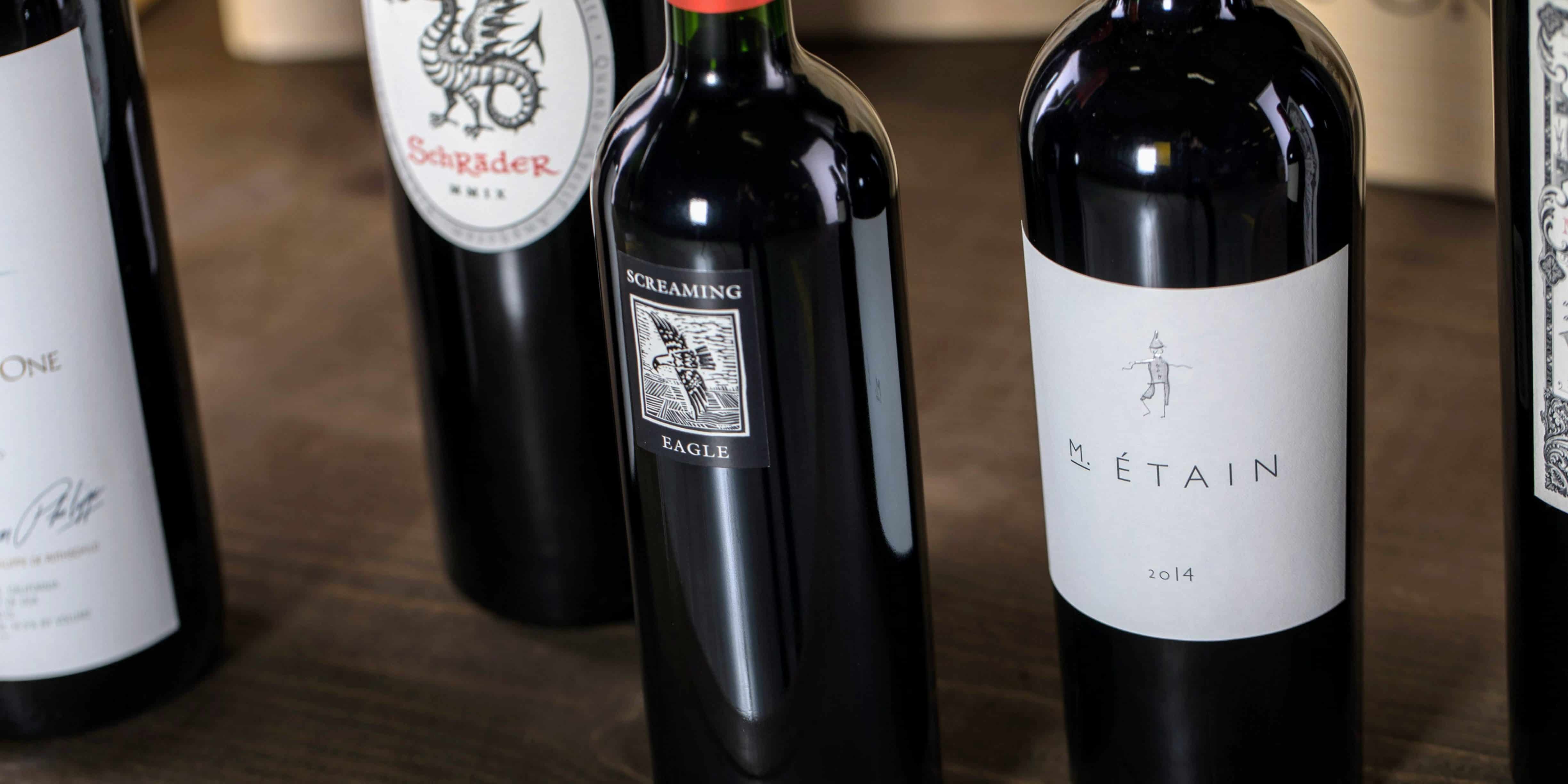 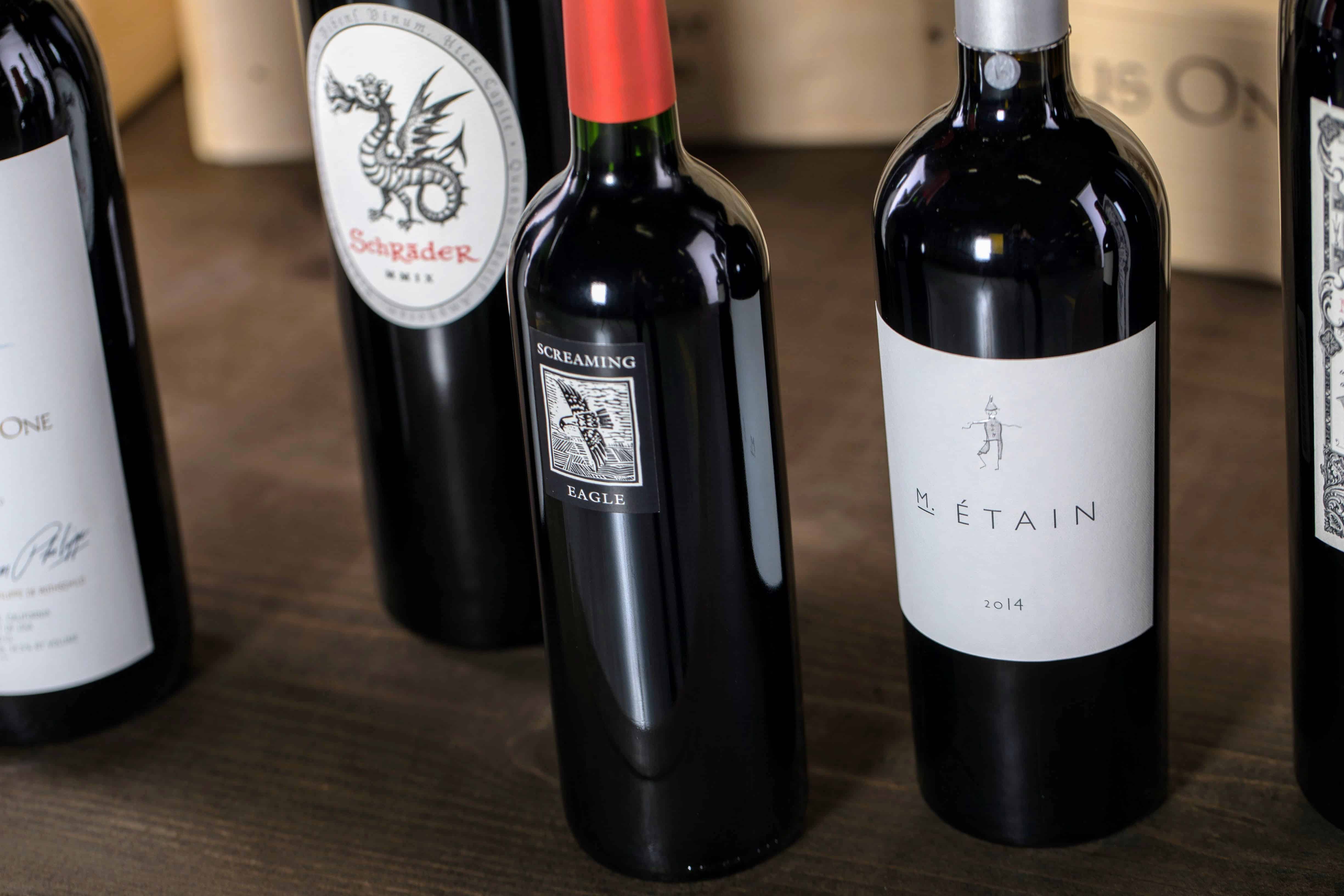 I visited a local wine bar the other day and overheard a fascinating conversation between the sommelier and a patron. They were squabbling over which producer made better Cabernet: Shafer or Schrader. The patron argued that Shafer Hillside Select had the best quality-to-price ratio. However, the sommelier pointed out that Schrader’s QPR is also excellent and that he personally prefers the taste of their wines. Ultimately, they both agreed that choosing the “best” wine from among the top-rated California Cabernet wines on the market is a matter of personal preference. One enthusiast’s favorite wine is another one’s “just OK.”

This is why it’s so difficult to rank California Cabernet numerically. While you can show that certain vintages, labels, or producers are better than others using metrics like tasting scores, price performance, and bottle value, ranking the top-rated California Cabernet is still a subjective process. In this guide, we’ve identified some of the highest quality producers, vintages, and wine labels on the market today. While these rankings are by no means definitive, they are designed to help you gain a better understanding of which wines most collectors find worthwhile so you can add top-quality Cabernet to your collection.

Who Are the Top-Rated California Cabernet Producers?

I was reminded again that a wine’s quality is, to some extent, a matter of personal taste when I went to an aged Cabernet tasting event a few months ago. My favorite wine by far was the 2003 Schrader T6 Beckstoffer To-Kalon Vineyard Cabernet Sauvignon, but the person sitting next to me preferred a bottle of 2004 Bryant Family Cabernet Sauvignon to the Schrader. Neither of us was wrong; we just had different tastes.

If you want to lay down high-quality California Cabernet, first sample an older vintage of the wine you want to age.

While it may be impossible to numerically rank California’s Cabernet producers, there are still a number of winemakers that receive high scores and frequent praise from critics and enthusiasts and are considered the top producers of Cabernet in the state. These producers are:

This list isn’t comprehensive; there are many other California producers making Cabernet Sauvignon wines worth collecting. These producers are simply the ones that are most popular among collectors and critics and are most frequently traded on the secondary market. If you want to lay down high-quality California Cabernet, I recommend sampling an older vintage of the wine you want to age, as this will give you an idea of how these wines develop over time. Investing in older wines is also a good idea because some Cabernet labels aren’t very approachable in their youth, but taste delicious and elegant after a decade or more in a cellar has smoothed and integrated their tannins. You should try to sample great California Cabernet at its best whenever possible; recent critics’ tasting notes can help you decide when the wine is ready to drink.

When you taste wines you’re unfamiliar with, take detailed wine tasting notes and include a numerical score. Using these notes, you can start to rank producers according to your own preferences. To get the most accurate results, I also recommend hosting a blind tasting party with a group of wine-loving friends so you can sample a few different wines at a time. It also helps you stay objective; not being able to see the label ensures that you’ll identify your favorite producers based on taste alone.

Because vintage quality scores are more objective than individual wine scores, it’s easier to rank top-rated California Cabernet by vintage than by producer. In California, the warm climate tends to produce wines that are high in alcohol with moderate acidity. If the weather is colder than usual, then Cabernet Sauvignon grapes may not ripen fully and the wine could taste too astringent and lean. Likewise, if the region experiences drought or excessive heat, then the grapes will ripen too quickly and the wine may taste flabby or overly alcoholic.

With this in mind, you can rank the top-rated California Cabernet vintages by looking at the weather conditions each year. Ideal conditions are a mild, mostly dry spring followed by a warm, even summer and ending with a somewhat cool, perhaps slightly wet, fall. This allows the grapes to ripen slowly and steadily throughout the season and increase in acidity just before harvest.

Here are the 15 top-rated vintages of the past 30 years. We have ranked these vintages by averaging professional critics’ scores for both the Sonoma and Napa Valley wine regions: 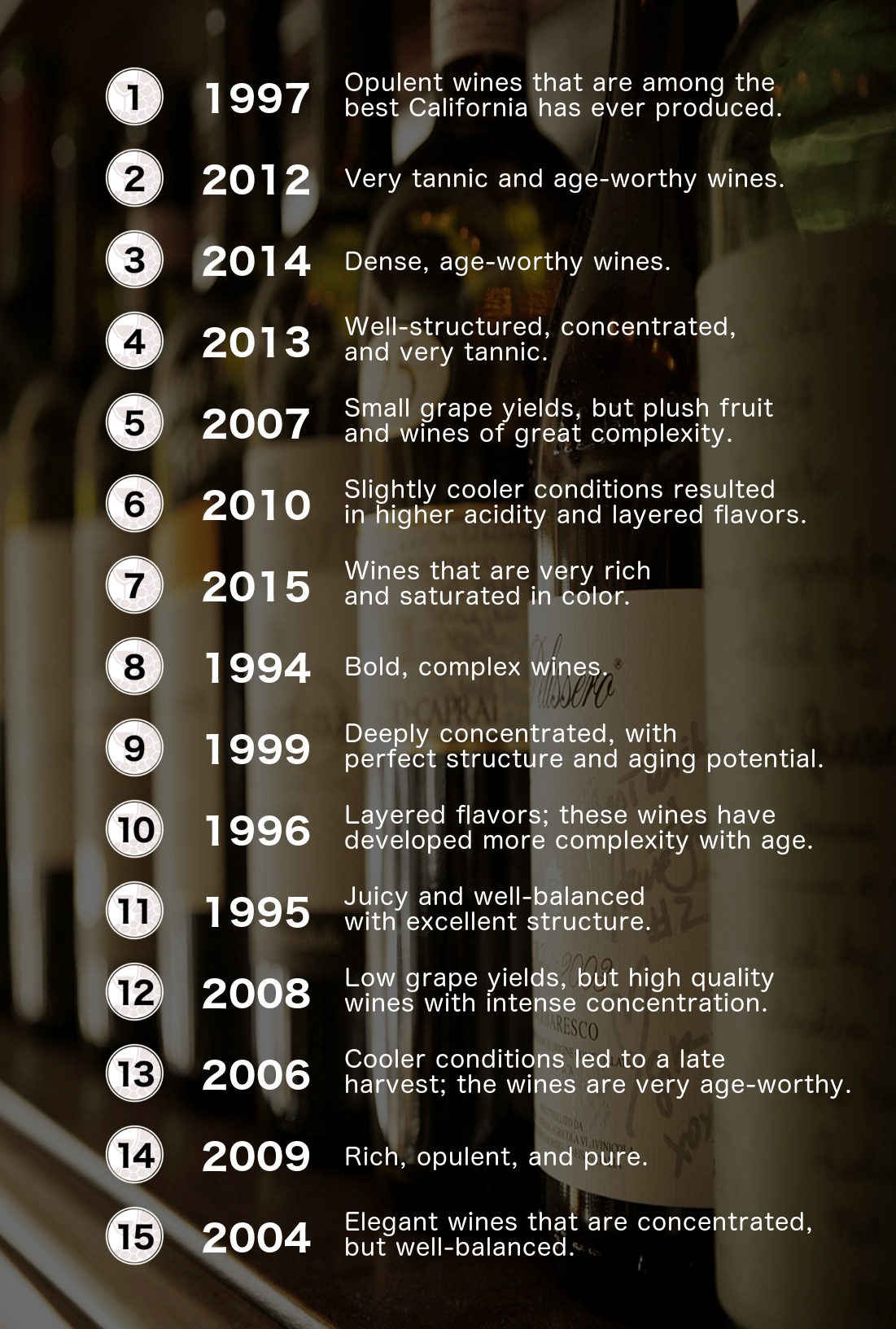 Napa produces bold, concentrated Cabernet that tends to receive higher scores than Sonoma Cabernet. Still, some collectors prefer the more subtle flavor profile of Cabernet from Sonoma. Regardless of which of these two California wine regions you choose, you’ll find plenty of top-quality options from any of the vintages above.

The Most Valuable California Cabernet by Trade Value

Another way to rank top-rated California Cabernet is by learning which specific producers and wine labels are most frequently traded on the secondary market. If you’re a collector who buys wine for investment purposes and you want to make a profit by reselling your bottles, then you’ll need to know which specific wines are worth your time. It’s not enough to know which producers or vintages critics enjoy most overall. For example, Robert Mondavi makes four different tiers of wine: the Reserve, District, Napa Valley, and Winery Exclusive labels. Generally, only Reserve wines are worth collecting for resale, primarily the To-Kalon Vineyard Cabernet Sauvignon. The other labels are great easy-drinking wines, but they’re not usually collectible.

The wine you choose will ultimately depend on your starting budget and your own personal preferences.

If you’re looking for Cabernet that is potentially investment-worthy, consider the following top-ranked producers. We based our rankings on Liv-ex’s most recent Power 100 index (which ranks wines based on their secondary market value, sales, and popularity). According to this metric, the top-rated California Cabernet producers on the secondary market are:

Investing in any of these three producers’ flagship wines is a wise decision, as they all have grown in price steadily over the past few years. The wine you choose will ultimately depend on your starting budget and your own personal preferences (if you choose to drink the wine, rather than resell it). To maximize your profits, you should also consider Liv-ex’s list of the top-traded U.S. wines of 2018, all of which are Cabernet or Cabernet blends:

There are many other fine California Cabernet wines that didn’t make the Liv-ex Power 100 or the top-traded wines lists. The wines above are reliable investments, but you can also make a profit from other flagship or popular labels made by the top producers in the state. The best way to do this is to find out which labels have the highest trade value or ask an experienced wine expert for advice on specific labels to buy.

The Best Cabernet Is a Matter of Personal Preference

While choosing top-rated California Cabernet based on vintage, secondary market value, and rankings on lists like Liv-Ex’s may help you find a few new wines to add to your collection, no ranking is set in stone. The top three producers on the current Liv-ex Power 100 list usually earn a spot on the list every year, but in the future, they could be replaced by a more popular producer. Even if they remain on the list, they will certainly rise and fall in rank many times over the years. Similarly, a producer may hire a new winemaker or change the style of its wine, which will also affect critics’ reviews and rankings.

Rankings shouldn’t tell you exactly which wines to buy.

Your own tastes also change over time. The style of Cabernet that you enjoy today may not be what you enjoy in a decade. For this reason, don’t rely solely on numerical or critical rankings when you shop for wine for your collection. Instead, use these rankings to identify new wine labels or vintages you’ve never tried before and create your own ranking system based on your experiences drinking these wines. In other words, rankings shouldn’t tell you exactly which wines to buy–but they can be used as inspiration to help you find the Cabernet that matches your tastes perfectly.