A Guide to Priorat Wine: How to Invest in the Region’s Best Bottles 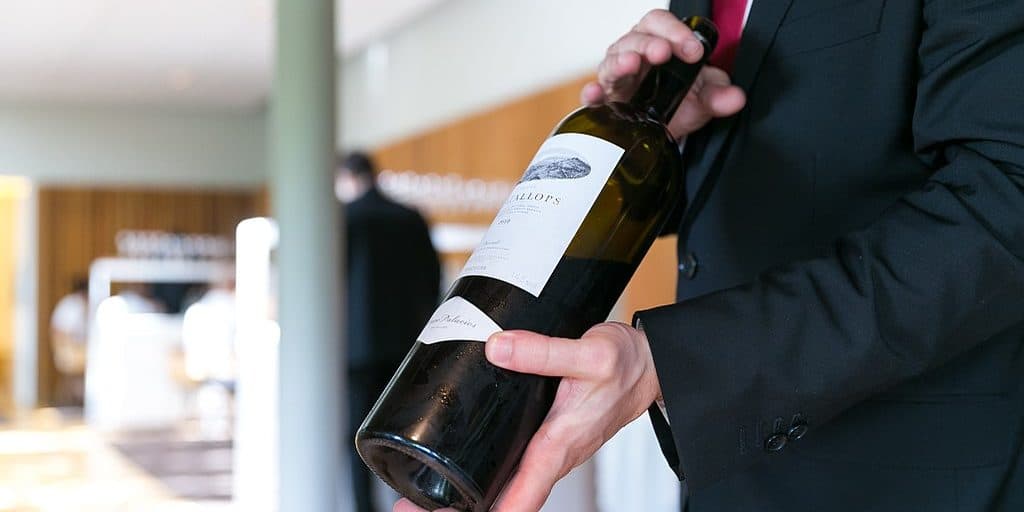 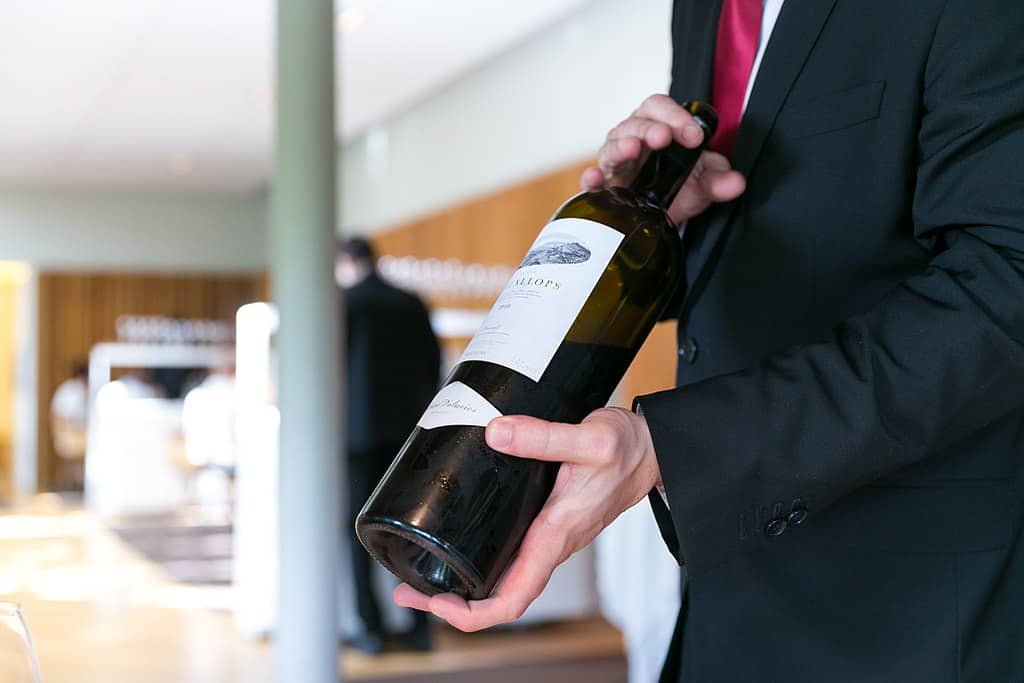 Priorat seems to be on every wine enthusiast’s mind lately. This tiny Spanish region was practically unknown prior to the 1980s, but today, it’s one of the trendiest wine regions in the world. In fact, three of my friends recently made trips to Priorat just to sample some of the region’s best wines. One of them came home with three bottles in her check-on bag: one bottle of Alvaro Palacios, one of Clos Erasmus, and one of Clos Mogador. She said she would have brought home even more bottles if she could have fit them in her bag.

Wine Enthusiast’s Michael Schachner says, “To say the Priorat has boomed is an understatement.” The Priorat wine region has become very fashionable over the past few years–and for good reason. This area is home to some of the best wine producers in the world and the most popular bottles are gaining significantly in value on the secondary market. If you want to start your own Priorat wine collection, this guide will help you get started.

Priorat is a small wine region located in the northeast of Spain, just south of Barcelona. With its hot climate and rocky slate and quartz soil, Priorat is an ideal place to make top-quality wine. The primary grapes grown in the region include Garnacha and Cariñena, with smaller plantings of Cabernet Sauvignon, Merlot, Syrah, Garnacha Blanca, Macabeo, Pedro Ximénez and Chenin Blanc. The area’s red wines are the most valuable and popular. They are fruit-driven, very concentrated, and high in alcohol, with a distinctive black stone minerality that gives them an aroma of wet pavement in the summer. The finest Priorat wine also has a complex flavor profile–a unique mix of fruit, spice, and savory elements that becomes more layered with age.

It’s nearly impossible to find quality Priorat wine for less than $40 per bottle and top wines are worth hundreds of dollars.

Moreover, these wines can be hard to find. Yields are famously low across the region due to the nutrient-poor soils and the age of the vines (some producers have vines that are more than 90 years old). It’s these qualities that make Priorat wine so attractive to collectors, while also driving up price. It’s nearly impossible to find quality Priorat wine for less than $40 per bottle and top wines are worth hundreds of dollars. For example, a bottle of 2015 Alvaro Palacios L’Ermita Velles Vinyes is already worth nearly $800 per bottle and is expected to continue to increase in value as it ages.

However, not all Priorat wine is this valuable. In order to invest in the finest wines for your collection, you’ll need to know which producers have the oldest vines and the most careful winemaking practices.

Most of the wine made in Priorat is excellent in quality; however, only a handful of producers make wines that are truly age-worthy and collectible. The producers that receive the highest scores from critics include:

What many of these producers have in common is that they use Cariñena grapes in their blends. Cariñena (more commonly known as Carignan) is a native Spanish grape that is very tannic and acidic, qualities that contribute to ageability. This variety gives the wines greater body and a darker, more saturated color; it also adds complex flavor components like licorice, peppercorn, and black fruit. Most of the top modern Priorat wine producers use a combination of Cariñena, Grenache, and Syrah in their blends in order to get the best balance of flavors.

The reliance on native Cariñena grapes is a fairly new trend in Priorat. Just a few years ago, the top producers in the region still planted Cabernet Sauvignon and Merlot grapes because Bordeaux-style blends were very popular at the time. In fact, these Cabernet and Merlot blends were initially responsible for putting Priorat in the spotlight. In the 1980s, five producers in particular (Clos Mogador, Clos Dofí, Clos de L’Obac, Clos Martinet, and Clos Erasmus) started making high-quality wines using French winemaking techniques and French grapes. Today, the best Priorat producers have moved away from French influences, embracing native grapes and more traditional winemaking techniques to make delicious and collectible Spanish wines.

One example of this is the producer Alvaro Palacios, which prior to 2014 primarily made Cabernet Sauvignon blends. Now, this producer has replaced all of its Cabernet plantings with Cariñena and other native varieties. Other top producers have followed suit–it’s actually difficult to find Cabernet or Merlot-based blends in Priorat anymore. Critics usually score these modern Cariñena-based blends more highly than other Priorat blends. During a recent Decanter tasting event, Master of Wine Pedro Ballesteros noted that all of the top-rated wines contained Cariñena. He says, “Producers seem to have turned the corner in going back and rediscovering what they do best, which is their own local varieties. This is quite a recent change.”

This is important to consider if you’re starting a Priorat wine collection from scratch or looking for a few new wines to add to your cellar. Look for producers that use Cariñena in their blends, especially if you’re shopping for recent vintages (anything made after 2014). However, if you want to collect older vintages of Priorat, then you should look for producers that made Cabernet or Merlot-based blends–these varieties were cultivated primarily by the best producers in the region, while most other producers at this time made table wine from local grape varieties.

If you’re looking for Priorat wine to lay down or that will increase in value on the secondary market, then you should focus on the best vintages. According to critics, these are some of the best years for Priorat wine:

You may have noticed that this list doesn’t contain any wines made prior to 2000. There are two reasons for this. First, even the best Priorat wines typically age for no longer than ten or 15 years. Top-quality producers can make wines that age for longer periods of time, but the drinking window for Priorat is typically shorter than it is for top Bordeaux or Burgundy wines. The second reason why only recent vintages are listed is that we have limited historical data on older vintages. Prior to the 1980s, this region tended to be overlooked and only a few producers made wines worth collecting. This changed in the 1980s and 1990s, as the wines improved in quality; however, it wasn’t until the late 1990s and early 2000s that critics started paying close attention to Priorat. As a result, you’ll find plenty of reviews on the region’s recent vintages and very few reviews for older wines.

Priorat wine collectors are sometimes interested in buying older wines from top producers to see how they have evolved over time.

This doesn’t mean that older wines aren’t worth buying. They’re more difficult to find on the secondary market because they have a shorter drinking window and it’s more of a gamble to invest in these wines due to a lack of professional scores and the possibility that they will be past their peak. However, if you stick to bottles from the five top producers at the time (Clos Mogador, Clos Dofí, Clos de L’Obac, Clos Martinet, and Clos Erasmus), you’ll have greater success. Not only will you have a better chance of finding a wine that’s still drinking well, but older vintages may also be valuable. Priorat wine collectors are sometimes interested in buying older wines from producers like Clos Mogador or Clos Erasmus to see how they have evolved over time.

Should You Age Priorat Wine?

I attended a Priorat tasting event years ago and sampled a glass of 2010 Clos Mogador for the first time. The wine was so fresh and pure that I decided to invest in a few bottles to lay down. Last year, I opened one of the bottles to see how it was aging and was impressed with its development. It still tasted pure and clear, but with time it had become even more elegant, floral, and complex. I’ll probably hold onto my other two bottles for at least another five years.

Generally, the only Priorat wines worth laying down long-term are those made by the top producers listed above.

A wine like the 2010 Clos Mogador is a perfect candidate for aging because it is very tannic and will slowly develop greater complexity over time. However, not all Priorat wine is meant to be aged. Most of the wine produced in this region is best drunk within just five years of release. Generally, the only Priorat wines worth laying down long-term are those made by the top producers listed above. And even if you invest in these producers exclusively, some vintages will age better than others. For example, the 2010 vintage is acidic enough to age for decades, while wines made in a hotter year (like 2011) tend to be slightly less age-worthy due to a lack of acidity. You can find high-quality wines in any vintage, but you’ll have greater success with wines made in cooler years–Priorat wine is naturally high in alcohol, so it has a tendency to taste flabby if the weather was too hot.

If you decide to age your Priorat wine, opt for professional storage services whenever possible. One of the challenges of collecting Priorat wine is that the drinking window is slightly shorter than it is for other collectible, valuable bottles. In conjunction with a cellar management system, keeping your wine in a full-service storage warehouse makes it much easier to track your bottles over time and ensure that you drink your wine before it’s past its prime. By keeping close track of every wine in your collection, you’ll never miss the chance to drink or sell every bottle at its peak.

The Best-Performing Wine Investments That Should Be On Your Radar
March 26, 2021

Advanced Guide to Investing in Fine Wine: The Next Steps
March 12, 2021

How To Start Investing In Wine: Here’s Where You Should Start
March 5, 2021

Should You Invest in Ex-Château Bordeaux Wine?
January 29, 2021
SEARCH
RECENT POSTS
SIGN UP FOR OUR WINE OFFERS
DISCOVER VINFOLIO