Should You Invest in Canon Wine? Here’s How to Make the Most of Your Purchase 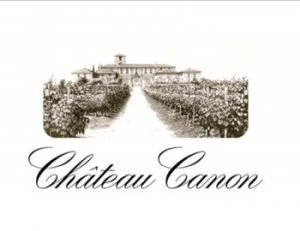 Canon wine is gaining in both popularity and value, making it a potentially worthwhile investment for serious collectors.

Do you remember the first wine that inspired you to start a collection? What was the first legendary bottle that took you from casual drinker to passionate enthusiast? For one collector on the Wine Berserkers forum, that wine was 1986 Château Canon. Before he became a knowledgeable wine lover, this collector felt intimidated to explore his natural interest in wine. The wine world seemed too complex, and he was worried that he didn’t know enough about wine to start a collection of his own. But when he had his first glass of 1986 Canon, the wine was so delicious and made such a strong impression that he knew he couldn’t ignore his passion for wine. He explains that Canon wine “convinced me that being able to replicate experiences like that was worth getting into.”

It’s not surprising that Canon wine had the impact this collector describes. With rich, dark berry flavors, spicy aromatics, and a lavish (yet still well-structured) personality, Canon vintages are among the most interesting Classe B Saint-Émilion wines. And if you haven’t already sampled this estate’s incredible wines, then now is an excellent time to start. The producer is gaining in popularity on the secondary market and is showing great promise for investors as well as for avid drinkers. The value of these wines is steadily increasing, and Canon recently released the greatest vintage of its nearly 300-year history (the 2015). There has never been a better time to be a passionate Canon fan.

Canon Wine Is Having a Moment in the Spotlight

So, why invest in Canon wine now? You’ll want to consider adding this producer’s wines to your collection in part because the wine is gaining in value in the marketplace and this trend is expected to continue. This will be especially true if the 2017 vintage turns out to be high in quality. According to the latest Liv-ex Power 100 report, Canon moved up in rank by an impressive 80 spots in 2017 to 59th place. This means that the estate was one of the top ten movers on the market, indicating that its sales and value have both increased significantly. In fact, only four producers in the world made a bigger jump in rank than Canon: Georges Roumier, Etienne Sauzet, Ponsot, and Jacques Prieur. Canon has also significantly increased in average price per bottle–the value of wines from this estate jumped by 39.53% in 2017.

This massive increase in both price and number of bottles sold is primarily the result of the fantastic 2015 vintage. Critics like James Suckling and Neal Martin gave 2015 Canon perfect and near-perfect scores, respectively, and they claim that the wine is easily the best Canon has ever produced. Although many past Canon wine vintages are very fine and certainly worth a space in your cellar, the 2015 vintage was truly spectacular. This came down to a combination of ideal weather conditions and having a new winemaker at the helm. Acclaimed Cheval des Andes winemaker Nicolas Audebert became technical director of Canon in 2014, and his keen eye for detail and years of experience led to a superb 2015 vintage. Most unusually, the wine was so high in quality that Canon actually invited visitors to pick any random barrel in the room and sample a bit of the wine inside–typically, the estate only allows critics to taste a carefully-curated blend en primeur.

The Most Promising Recent Vintages

By far the best vintage to invest in from the Canon estate is the 2015. Made from 72% Merlot and 28% Cabernet Franc, the wine spent 18 months in 70% new French oak. This is fairly typical for the producer’s flagship wine, but what made the 2015 vintage really stand out were the weather conditions in Bordeaux that year. The weather was exceedingly hot in July, which was threatening the health of the grapes, but by the time August arrived, so did cooler weather and even a bit of rain. The grapes were revitalized, and a calm, relatively warm fall gave winemakers ample time to pick the grapes at their ripest. As a result, 2015 Bordeaux wines tend to have very prominent tannin and acidity, but the ripeness of the grapes cushions some of this underlying power. Critic Jeb Dunnuck calls 2015 Canon an “iron first in a velvet glove.” Plenty of structure will allow the wine to age for decades, but the wine’s tannin is somewhat masked by the depth of pleasant fruit flavors. If you buy this wine, you’ll have to be patient; it still needs about five years to develop, and it won’t reach peak maturity for at least another 20 years.

The biggest problem with the 2015 Canon vintage is that it may be difficult to find on the market due to its popularity. This vintage is currently being sold as a pre-arrival at an average price of $272 per bottle. This is a steeper price than that of 2016 pre-arrivals, which are currently only selling at $145 per bottle on average. The 2014 vintage is currently selling for just $90 per bottle on average. Due to high quality and increased demand, to invest in 2015 Canon you’ll have to pay almost double the price of a typical Canon release, and the number of bottles available from retailers will likely be limited.

Canon Wine Has a Promising Future

Canon shares the distinction of being one of the finest premier grand cru Classe B producers in Saint-Émilion with other greats like Château Figeac, Château Canon La Gaffeliere, and La Mondotte. But experts suspect that Canon may surpass its Classe B peers within the next few years. Liv-ex director Justin Gibbs says that Canon is a candidate for a status upgrade in 2022–the estate may transition from Classe B to Classe A. If this happens, you can expect Canon prices to skyrocket and these wines may become harder to find on the market. Right now (although the estate is popular among many collectors), it doesn’t tend to attract collectors who only invest in Classe A producers. Once the estate is upgraded, serious collectors and investors may take more interest in these wines, potentially driving the prices up even further.

For this reason, it’s wise to invest in these wines now, before the estate’s status changes. Although there’s no guarantee that the estate will upgrade to A status four years from now, we know that already more collectors are buying these wines than usual and prices are on the rise. With a long history of making high-quality, fascinating wines, interest in Canon likely isn’t just a fad–the estate has lasting power that is only going to grow. By investing in some of their wines now, you may get to watch the value of your collection grow along with it.

What Is the Difference Between Organic and Biodynamic Wine?
April 23, 2021
Go to Top