Hidden Gem of the Month: Ornellaia Masseto Wine Is Trending on the Market 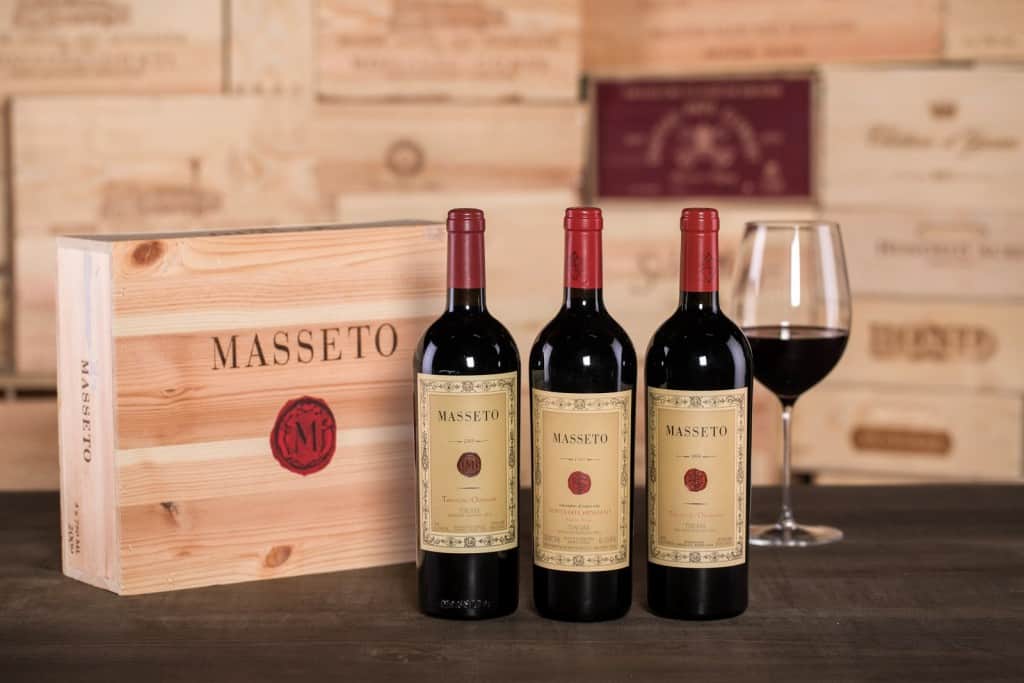 Recent Ornellaia Masseto wine vintages are excellent in quality, yet some are still relatively low in price, making them potentially promising investments for collectors.

Ornellaia e Masseto has long been one of Italy’s finest wine producers, but today this winery is becoming even more valuable for collectors. According to the Liv-ex Power 100 report (the organization’s annual list of the top performing wines on the market), the producer Ornellaia e Masseto is among the top 20 best-performing wine labels in the world. By comparison, in 2016, the producer took 51st place on the Liv-ex Power 100 list. Over the past year alone, Ornellaia e Masseto has moved up an impressive 31 places on the list, meaning that it increased in market share, price performance, and number of bottles traded on the secondary market. This is due in large part to Ornellaia’s fantastic Masseto blend.

If you’ve always wanted to try Ornellaia Masseto wine for yourself or expand on your existing Italian fine wine collection, now may be the best time to invest. This producer will likely continue to increase in value as time goes on, and by investing early, you may set yourself up for higher profits in the future should you decide to resell your bottles.

Over the past 10 years, Ornellaia’s wines have increased in value by 22.9 percent. Moreover, this increase is even greater compared to the Italian wine market as a whole–the region’s wines only added 18.3 percent in value over the same period of time. However, despite the predictable market growth of Ornellaia Masseto wine over the past decade, this label still maintains an excellent price-to-quality ratio. You can buy legendary vintages from this producer for around $600 upon release, and after just five years in storage, these wines often sell on the secondary market for $900 to $1,000, depending on vintage quality. In fact, Ornellaia Masseto is such a great investment that some financial experts question whether it’s even wise to uncork these bottles at all. Journalist Cesare Pillon explains, writing about the ‘financialization’ of wine, “There is clearly the risk that its very essence will be transformed to become a tool of speculation instead of a desirable object.” That said, with a relatively low entry price of $500 to $600 upon release, collectors shouldn’t be timid about opening their Ornellaia Masseto wines. There’s value in both drinking and reselling these incredible wines.

The 2014 Vintage Is Particularly High in Quality

If you’re looking for the best possible investment in Ornellaia Masseto, consider the 2014 vintage. Ornellaia Masseto 2014 is exceptionally high in quality, but you might not reach this conclusion by looking at the price alone. Currently, the 2014 vintage sells at a price far below other recent Masseto vintages; it’s worth just over $5,800 per case, on average. By comparison, the 2006 vintage sells for nearly $12,000 per case, and even the 2013 vintage sells for more than $7,500 per case. Despite its extremely low price, however, the 2014 vintage is expected to age spectacularly, and in the future, it may be worth much more than it is today.

James Suckling gave this wine 97 points, noting that the wine is especially intense in flavor for Ornellaia Masseto. This intensity may be due to the weather conditions that year. While some Tuscan vineyards suffered from hailstorms and mildew in July, Ornellaia Masseto managed to avoid these challenges. The favorable fall weather, which was warm and dry, allowed the grapes to fully ripen, resulting in a deeply complex, concentrated wine. Critics expect 2014 Masseto to age well through at least 2035, and by this time, the wines will likely be worth hundreds of dollars more on the market. This means the 2014 Ornellaia Masseto vintage may be your safest Italian wine investment this year.

How to Invest in Ornellaia Masseto

While the low price of the 2014 vintage is tempting, it’s also a bit difficult to find on the secondary market. Wine merchant Paul Marus told Decanter that he could have sold his 2014 Ornellaia Masseto allocations “three or four times over.” Demand for this vintage is particularly high, in part because the price is so reasonable. But 2014 Masseto isn’t the only Ornellaia wine worth investing in. Many other vintages show promise, including the 2012. Ornellaia Masseto 2012 sells for nearly $7,000 per case, which is slightly more than the 2014, however, this is still much lower than other recent Ornellaia vintages. Like the 2014, the 2012 vintage was also high in quality despite the relatively low price. The wine is medium-bodied and fresh in flavor, and should drink well through 2030.

Nearly any modern Ornellaia Masseto vintage is a great investment, whether you plan on drinking these wines or reselling them. However, depending on your needs, you may want to avoid the 2006 vintage. If you’ve followed the Italian wine market over the past few years, you likely know that 2006 Ornellaia Masseto is one of the best vintages that the producer has ever made. Now that this wine has been on the market for more than a decade, its price is much higher than other high-quality vintages from the winery. The 2006 vintage (which received perfect and near-perfect scores from many critics) is now worth almost $12,000 per case, more than any other recent Ornellaia vintage. For this reason, it may be wiser to invest in younger vintages from Ornellaia which are of near-equal quality at a much lower cost. If, however, you want to drink a legendary Ornellaia Masseto vintage that is already near peak maturity, then the 2006 vintage is an excellent choice for your cellar. The vintage also increased in value by 31.3 percent just in 2017, so despite the somewhat inflated price, it may still be a worthwhile investment for collectors looking to resell their wine for a profit at a later date.

Overall, the 2014 and 2012 Ornellaia Masseto vintages are likely to offer you the best quality-to-price ratio; the 2004 and 2003 vintages will offer you the best return on your investment (in 2017, these wines increased in value by 58.9 percent and 39.5 percent, respectively); and the 2006 vintage may offer you the best drinking experience (and could also be profitable in the future). The Ornellaia Masseto vintage that you ultimately choose will depend on your needs and preferences. As one of the finest Super Tuscans available on the market today, you truly can’t go wrong with this producer. The winery’s famed Merlot label is as rich, complex, and age-worthy as ever, making it the ideal addition to any fine Italian wine collection.