Brexit and Wine: How Political Change in the European Union Impacts the Wine Industry 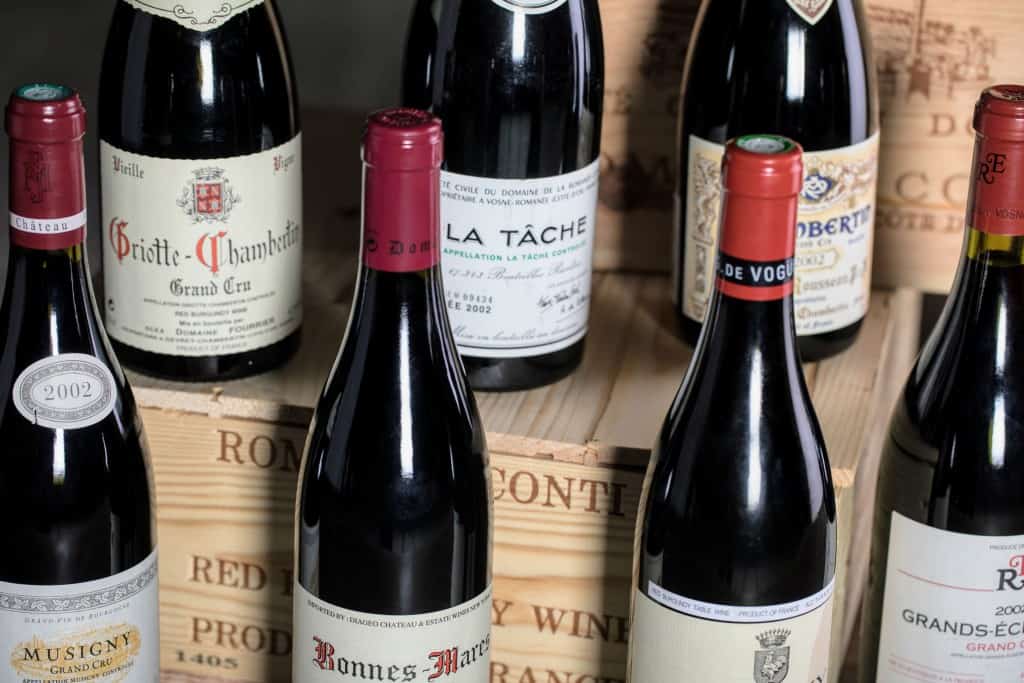 It’s important to understand the relationship between Brexit and wine, as it may have an impact on fine wine prices over the next few years.

You may have noticed that the prices of Burgundy and Bordeaux wines have risen steadily since 2016. Back in February of 2016, it was easy to find Ponsot Clos de la Roche for sale for less than $600 per bottle, on average; today, you’ll be lucky to find that same vintage for under $700 per bottle. It has increased by more than $100 in price on average over the course of just two years. Financial analysts believe that this is no coincidence. Experts at Liv-ex have noticed a clear link between Brexit and wine prices. Since the Brexit vote passed on June 23, 2016, we’ve seen more expensive wines and higher profits for collectors on the fine wine market. This means Brexit could have an impact on your fine wine collection over the next few years.

The Brexit referendum has nothing to do with wine specifically–it simply proposes that the UK will officially withdraw from participation in the European Union. So how exactly does the Brexit vote affect the wine industry? Namely, it impacts exchange rates and wine trading habits. Shortly after the Brexit vote passed, the value of the pound sterling (UK’s currency) began to decline. When this happened, foreign wine investors began buying up as much fine wine as they could from British merchants since their own currencies went further in the UK. For instance, American investors found that the U.S. dollar was beginning to look stronger than the UK pound. Investors from the U.S. were able to use this to their advantage, purchasing wine in the UK at a much better exchange rate than they would get from other retailers in the European Union.

This resulted in a veritable buying spree on wine in the UK. Investors in China and the United States were buying more cases of fine wine in the UK, and this, in turn, may have been one of the factors that caused wine prices to rise. In 2016, fine wines on the Liv-ex Power 100 list (which rates the top wines in the world) increased in price by an average of 25.5 percent in pound sterling. By contrast, wine prices fell for collectors using other currencies. In U.S. dollars, prices fell by 19 percent, and in euros, prices fell by four percent. Later, in the winter of 2016, global wine prices began to rise, even in euros and U.S. dollars. In early 2017, average wine prices rose by 18.3 percent in pounds, six percent in euros, and 2.6 percent in U.S. dollars. For the majority of 2017, this pattern continued; as the value of the pound fell, fine wine prices increased at a steady rate worldwide. Although it’s still unclear exactly how much impact Brexit had on these price changes, many financial analysts believe that the referendum kickstarted a worldwide splurge on fine Bordeaux and Burgundy.

The Future of Brexit and Wine

According to Liv-ex, however, after a period of increased prices and sales, Brexit may no longer be affecting the wine market in the same way it did at first. For example, although the pound fell in value by four percent against the euro in 2017, this didn’t result in a significant increase in wine prices globally. The reason for this change may be twofold. First, although the pound is still falling in value globally, it is slowly beginning to strengthen against the U.S. dollar. As a result, fewer American investors are buying fine wine from the UK.

The second reason for the change may simply be buying habits. After more than a year of increased sales and steepening wine prices, it’s possible that investors are simply choosing to buy less wine in 2018. In order to take advantage of Brexit wine prices, a collector or investor might have purchased twice as much wine as usual in 2016 and 2017. But as time goes on and the value of the pound slowly increases, the same collector or investor might wish to return to his or her typical yearly wine budget. On paper, this looks like a troubling decrease in fine wine purchases in 2018, while in reality, it may just be a return to normal wine buying behavior. Moreover, some collectors may have even run out of space in their cellars to store wine, and as a result, might choose to buy fewer bottles this year.

What This Means for Your Investments

The relationship between Brexit and wine prices may be weakening slightly, but it could still have an effect on your collection in the near future. No one can accurately predict exactly how Brexit will impact the global wine market in the next few years (if at all), but financial experts and wine enthusiasts are offering some theories based on observations.

First, some financial analysts are seeing a minor drop in French wine exports. Since the Brexit vote, exports from France have fallen by 0.8 percent. While this figure isn’t enormous, it is concerning for some wine distributors. Producers in popular wine regions such as Champagne, Bordeaux, and Burgundy are largely keeping bottle prices the same, even though the pound is currently valued much lower than the euro. This means that some UK merchants are struggling to afford wine from French producers and distributors. This could impact your collection in the future, even if you live outside of the UK. Financial analysts predict that other French wine regions, like the Rhône Valley and the Languedoc, may see more sales in the UK this year than usual since prices for these wines are lower than for those from Bordeaux and Burgundy. As a result, we could see some worldwide growth in value and sales for these French wine regions and possibly New World wines.

Overall, Brexit likely won’t have a significant impact on wine prices and sales outside of the UK. You may see a slight uptick in sales for historically lower-priced wine, such as bottles from Australia, however, this increase will likely be very modest. Brexit may make a greater impact on the value of the Bordeaux and Burgundy wines that you already have in your collection. Some financial experts theorize that Brexit played a role in the recent Burgundy and Bordeaux price increase, however, no one is certain to what extent the referendum was involved. We do know that Brexit caused a glut of American and Chinese investors in the UK, which, in turn, may have increased demand for Bordeaux and Burgundy, resulting in a price increase worldwide. If this was the case, it’s possible that some of the best French producers, such as Lafite-Rothschild, Margaux, and Leflaive, will become more expensive in the near future. What’s most exciting about this possible connection between Brexit and wine is that any French grand cru or premier cru wines that you own right now may prove more lucrative over the next few years. Some investors are already making better returns on their fine wine than they have in almost a decade, making this the perfect time to start a spectacular collection of your own.

How Long Will Brunello Last? A Complete Guide to Brunello Aging | Vinfolio
October 14, 2022

What Is the Easiest Way To Sell My Wine Online? | Vinfolio
October 7, 2022

The Most Expensive Bordeaux Wines Every Collector Should Know | Vinfolio
September 22, 2022
Go to Top