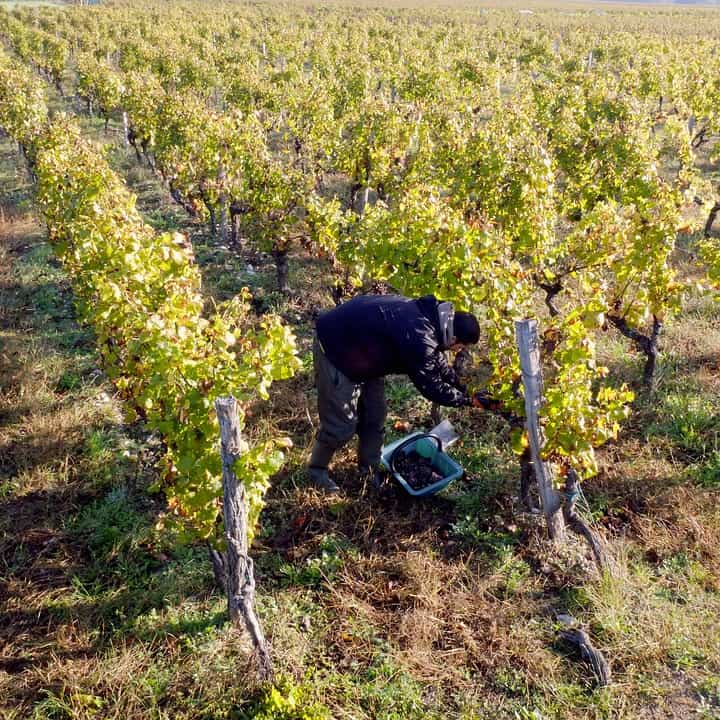 The Bordeaux 2017 harvest is smaller than usual, yet the anticipated grape quality is high. Photo Credit: Pixabay CC user pedrito33

The Bordeaux 2017 harvest was grueling for most wineries, to say the least. Even on Premier Cru estates, it took winemakers every ounce of effort to grow and pick a minuscule number of grapes by the end of the harvest season. In many terroirs, yields were down by an average of 41 percent, sometimes more. This means that some winemakers were left struggling to find enough grapes with which to produce wine.

Yet, despite a number of potentially disastrous setbacks in vineyards across the region, the 2017 Bordeaux vintage will still make a fine addition to your cellar–if you manage to get your hands on it, that is. The 2017 vintage took much more effort to produce than usual, and resulted in less wine, but, so far, all of this additional labor appears to be worthwhile. The 2017 will be a hard-to-find, ultra-concentrated vintage, and a perfect representation of how well Bordeaux’s top producers can cope with vineyard stressors. It’s proof that modern Bordeaux can prevail, even in the toughest of conditions.

The Smallest Crops Since 1945

Three major factors impacted Bordeaux’s ability to produce quality wine by the barrelful this year: spring frost, early harvests, and grape theft. Winemakers started to worry about the 2017 harvest in Bordeaux as early as April, when a massive cold front froze the young grape buds right on the vine. By the end of April, most producers in the region had lost about 20 percent of their crop, and some producers lost their entire vineyards to frost. Winemakers salvaged what they could, but overall, yields are still down by about 40 percent, on average, across the region. This is the smallest yield that Bordeaux has experienced since 1945, when an especially cold winter killed off a significant number of buds before they had the chance to mature. And, like the legendary 1945 vintage, 2017 Bordeaux will also likely be very high in quality, despite low yields.

Frost wasn’t the only problem that the Bordeaux 2017 harvest faced this fall. Global warming has impacted the wine industry, and wineries around the world have been forced to cope with its effects. This was one factor in the early harvest times this year. While early frosts reduced the crop size in the spring, an unusually warm summer allowed the surviving grapes to grow quickly and fully, with an intense concentration of sugar. This meant that many winemakers had to pick their grapes earlier than usual, before they became too concentrated and unbalanced. This posed a challenge for wineries who prefer to take their time picking their grapes late in the season. The most successful wineries were those who had the wisdom to harvest a little early.

And finally, as if the weather conditions weren’t difficult enough, grape theft further reduced the crop size for some winemakers. At the start of the harvest season, thieves stole multiple tons of grapes from four Bordeaux estates. A small Genissac vineyard lost a massive 6.5 tons of fruit in a single night. In Pomerol, the vineyards near Petrus lost about 1,500 pounds of grapes, and other neighboring Pomerol regions (including Lalande-de-Pomerol and Montagne-Saint-Emilion) found hundreds of their vines ripped out by the root. While only a small number of estates were impacted by theft and vandalism, these problems have hit especially hard in an already difficult growing season.

This year’s Bordeaux harvest has taught us an important lesson about modern Bordeaux: this region is determined. Although weather conditions were extreme this spring, the top Bordeaux estates managed to produce grapes that are very concentrated, yet balanced, with excellent acidity. It’s still too early to judge the vintage’s quality, but winemakers suspect that it could be even higher in quality than the 2016 vintage–albeit half the size. These are likely the kind of wines that you’ll want to invest in early, before limited supplies run out. And since quality and concentration will likely be high, you’ll be able to store these wines for at least two decades. We should know more about the aging potential of 2017 Bordeaux when En Primeur week approaches this spring.

Why the Bordeaux 2017 Harvest Is Promising for Investors

The Bordeaux 2017 harvest reminds us why this French region continues to attract collectors decade after decade. Even small-scale producers managed to grow some beautiful grapes this year, despite a long list of setbacks. But beyond its potential as a great vintage to drink, 2017 Bordeaux could also be a lucrative investment if you plan on reselling these bottles later. Rarity alone will increase demand, and as a result, the market value will increase dramatically as the wine sits in storage. Experts expect some wine prices to increase immediately, especially for small-scale producers. Premier Cru and Grand Cru producers, like Lafite-Rothschild, Lafleur, and Latour, may not increase in price at first, since they fared better with their yields than smaller, family-run estates. Nonetheless, we may still see a slight increase in futures prices for Premier and Grand Cru Bordeaux this year.

This may also impact your wine buying habits this year. During lean years, when yields are especially low, demand for the previous year’s wine often grows in response. Because so little 2017 wine will be available, some collectors may invest in 2016 wine instead. Additionally, some estates may hold onto unused reserve stocks of 2016 wine in order to carry them through this lean year. What this means for your investments is that 2017 and 2016 Bordeaux may be harder to find than usual. It may be wiser to invest in Bordeaux 2016 futures now, while they’re still available, than to wait for the next Bordeaux En Primeur week. It’s also a good idea to buy your 2017 Bordeaux as soon as it becomes available, since bottles will likely sell out quickly and rapidly increase in price on the secondary market. If you follow these guidelines, you’ll likely see amazing benefits from owning a few 2017 Bordeaux bottles. As a symbol of triumph over adversity, this vintage may very well be a piece of modern Bordeaux history.