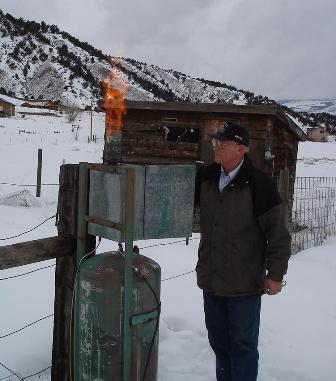 This spring in Burgundy, silver iodide generators broke up hail in the clouds, which may change the quality of the grapes at the 2017 wine harvest. Photo Credit: Wikimedia CC user Esteban9

In 2016, a vineyard frost in Burgundy was the worst the region had seen in nearly 30 years. In response, this year, Burgundy’s top producers are being far more cautious with their delicate early buds. They’re using special “hailstone shields” in their vineyards to prevent the worst of the damage, and the early results show major promise. In vineyards where hail and frost would normally have destroyed the young grapes, buds were able to survive thanks to this new hail prevention technology, which could make a big difference during the 2017 wine harvest in Burgundy. So far, this year’s Burgundy vintage looks like a promising investment, and we’ll likely see many more of these types of high-quality vintages across France now that winemakers have discovered this groundbreaking new hail prevention technique.

In the past, winemakers couldn’t prevent hail and frost; they could only limit the damage using frost candles and protective barriers. Today, we have new silver iodide generators scattered around Burgundy that target large hail storms directly in the clouds, long before they hit the ground.

This isn’t the first time that Burgundy has used silver iodide generators (also called “cloud seeding”) on vineyards. Winemakers installed a few of them in 2014, covering about 15,000 hectares. However, this method appears to be most effective with more generators installed, which is why Burgundy expanded the number of generators from 48 to 140 this year. This new number should protect nearly every terroir in the region. Since the generators only cost about $9 per hectare per year to operate, winemakers consider them an affordable option for preventing hail damage in the future.

What to Expect for Burgundy’s 2017 Wine Harvest

What does cloud seeding have to do with your Burgundy investments? In short, it’s made the vintage more successful than it likely would have been without the new generators, and it will change the way that you invest in Burgundy (and other French wine) in the future. In 2016, frost and hail destroyed most of the crop early in the season, resulting in extremely low yields. This increased the value of neighboring Loire wine, as we noted in a recent wine trend report, and forced some Burgundy winemakers to combine their grapes into a single pressing to make the 2016 Montrachet. Hail has a major impact on the success, or failure, of a given vintage, even when all other factors that make up a fantastic vintage (like summer sunshine and perfect rainfall) are in place.

Because hail did far less damage in 2017 than it did in 2016, we expect this vintage to be easier for collectors to navigate. Not only will grape quality likely be higher than it was before the widespread use of cloud seeding, it will also keep yields intact, meaning that winemakers will have more say over the final vintage. In lean years, it can be tempting for winemakers to make the most out of their surviving crop, even if it means pressing lower-quality grapes. Now that yields are higher overall, winemakers can afford to be pickier about the grapes they select for pressings, resulting in higher quality Burgundy overall. Hail prevention will also make Burgundy more consistent year after year, which will make your investments in futures more sound.

Essential Tips for Investing in the 2017 Vintage

Early in the growing season, winemakers worried that 2017 Burgundy would have the same fate as the 2016 vintage. Harsh weather, like the 2017 Bordeaux frost, hit France extremely hard. However, 2017 Burgundy avoided most of these pitfalls, partially due to cloud seeding techniques, and partially due to pure luck. The weather happened to heat up in May, which dried out the vines and allowed any hail and frost-damaged bunches to recover. However, Chablis didn’t quite recover as well as the other regions this year. To start, Chablis doesn’t yet have widespread cloud seeding, and to make matters worse, most of France ran out of frost candles within the first five days of April’s cold snap. As much as 40 percent of the Chablis crop was damaged this year, which will impact how you invest in Burgundy.

I recommend keeping a close watch on Chablis over the summer to see how well the surviving crop fared. If it’s high enough in quality, it will be a great, albeit rare, vintage to invest in–this rarity could also increase its market value. However, if the region continues to struggle through the summer, other Burgundy subregions like Cote de Nuits will likely be smarter investments. The early, consistent quality of 2017 Burgundy so far makes it a promising vintage for classic producers such as DRC, Liger-Belair, and Ponsot. In the future, these producers may become even more reliable in quality than they already are, as hail damage decreases across most of Burgundy. As long as Burgundy has success with cloud seeding over the next few years, you can expect to see more of it throughout France, which might improve your investments in Bordeaux and Alsace as well. New anti-hail technology will continue to place France at the center of the wine collecting world.