Unicorn Wine: 1941 Inglenook Cabernet Sauvignon Is a Legendary Cask That Could Be Too Rare to Drink 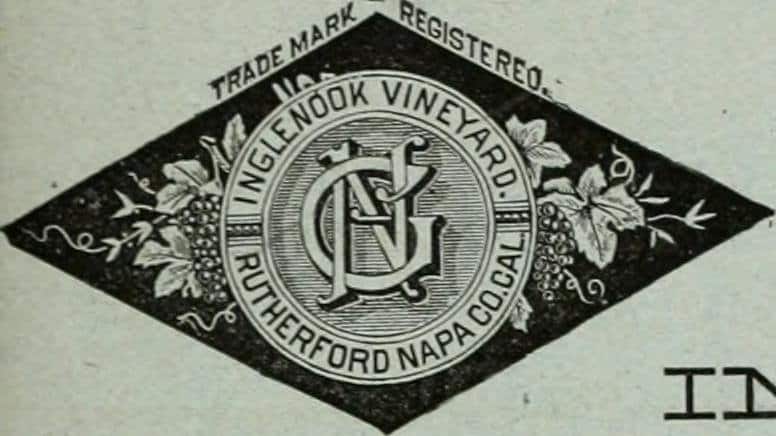 When I first started drinking and collecting wine, I was convinced that no bottle was too rare to drink. After all, wine was meant to be drunk. Sure, I might feel sheepish after opening a rare bottle, but I always believed that the pleasure of tasting that ultra rare wine for myself was well worth a few momentary pangs of guilt. That was before I learned about 1941 Inglenook Cabernet Sauvignon. For the first time, I wondered whether a wine might be better displayed as a work of art than drunk. At 70-years-old, critics still love the taste of 1941 Inglenook Cabernet Sauvignon; however, as this wine approaches 100, experts are realizing that this bottle represents a historical moment in Napa Valley–one that might best be preserved.

While 1941 Inglenook Cabernet Sauvignon has a complex set of flavors that speak for themselves, this vintage’s legendary status comes from its winemaker, John Daniel Jr. After Prohibition, California winemakers began churning out bottles for about 7 to 10 cents apiece (or $1 to $2 in today’s money). They couldn’t afford to waste any wine, even if poor weather conditions produced a subpar product. In the 1930s and 1940s, Napa Valley was still decades away from becoming one of the main wine destinations in the world.

John Daniel Jr. changed all of that. From 1933 to 1964, he was one of the only winemakers in California to have high standards for his Cabernet Sauvignon grapes (which he bottled under the “Cask” label). He would throw away any fruit that looked unhealthy, even if it meant selling fewer bottles of wine that year. In some especially dismal years, Daniel wouldn’t bottle any Cask at all. As Inglenook gained a reputation for producing some of the only truly delicious and collectible California wines, others started to follow suit. By the 1970s, the wine world began taking Napa winemakers more seriously, and experts say that Napa would not be the powerhouse it is today without John Daniel Jr.

The 1941 Inglenook Cabernet Sauvignon vintage represents Daniel at his finest. Critic James Laube tried a flight of these wines 16 years ago, and was amazed to find that the 1941 retained dark, rich fruit flavors and an intense violet aroma. At the time, he said that the vintage would age for another 20 or 30 years, possibly more. That means that, in theory, you could still drink this wine today without worrying about whether it’s already peaked. In practice, though, it would be a shame to uncork a bottle that holds such historical significance for Napa. Experts call the 1941 the greatest red wine vintage that Napa has ever made, and some critics, like Laube, claim that not even the finest recent vintages can live up to the 1941’s standards. Laube laments that too many modern Napa wines focus on instant reward, rather than long term flavor development; he doubts that any Napa vintage will taste as refined as the 1941 by the time they reach age 100.

Although Laube is more skeptical about modern Napa wines than I am, he makes an excellent case for collecting historical Napa wines. The 1941, in particular, is an ideal candidate for your cellar because it is one of the most stable wines ever produced. A heavy oak nose or plush fruit might be interesting in a wine’s youth, but a wine with a perfect balance of flavors will almost always outlast its livelier peers. In 1941, the buds arrived later than expected, however, an especially warm and dry harvest season meant that winemakers could take their time and allow the grapes to ripen fully. Because these grapes grew so slowly, the wine took on a mature personality early on, and today, it retains a certain elegance and an ultra-long finish that pushes well past the one minute mark.

Drink This Wine Only If You Are Well-Prepared

Buying a bottle of 1941 Inglenook Cabernet Sauvignon is a no-brainer for your cellar. This is a wine that will continue to age for at least another 10 years, and that will still be worth collecting as a piece of history long after the liquid inside becomes undrinkable. The more difficult choice is whether to drink this bottle, or become a keeper of Napa Valley history. If you’re still a relatively young collector, it might be worth tasting this wine to use it as the standard by which you judge other aged wines, especially Napa cabs. In the future, when your bottle of, say, 1980s Shafer reaches age 70, you can compare its flavors to the 1941 Inglenook Cabernet Sauvignon to see whether Napa wines have improved. Approach the 1941 from an educational standpoint if you plan on drinking it.

Unfortunately, Inglenook’s newer vintages are far less collectible than the classics from the 1940s and 1950s. While you’ll still enjoy the supple young flavors of 2013 Rubicon, these are no longer the most collectible wines on the market. If you’re tempted to drink the 1941, I recommend trying Inglenook’s 2014 vintage first. It was made as a tribute to the 1941, and it could temporarily stave off your craving for the original.

Choosing to store this wine instead of drinking it could have its benefits, some of which might outweigh the education that comes from opening this precious wine. To start, the 1941 will always be sought after because it represents a piece of Napa history, and this means that no matter how long you store it, you’ll always be able to resell it for a profit later. Beyond resale value, I suspect that this wine will become far rarer than it already is as it approaches the end of its drinking window. In the next 10 years, many collectors will drink this wine before it begins to decline in flavor, and as a result, your unopened bottle will become more valuable.