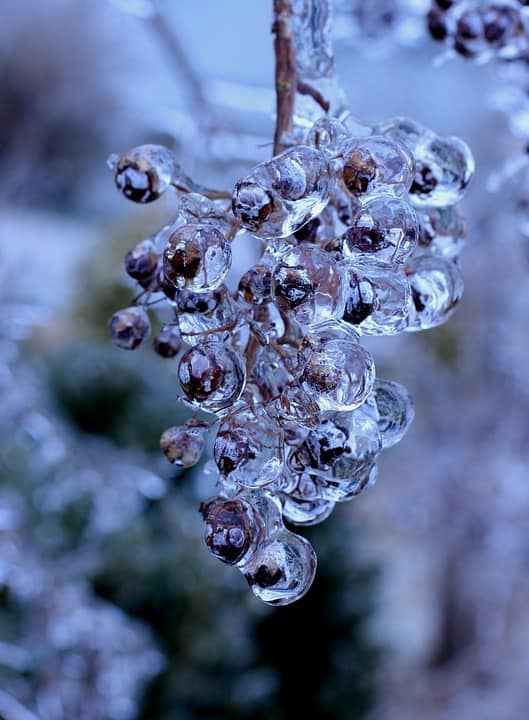 Close to one year after Burgundy’s devastating 2016 frost, Bordeaux went through an equally destructive cold snap that damaged up to 90 percent of the vines on some estates. On April 27, 2017, winemakers in most regions of Bordeaux awakened to temperatures as low as 24.8°F, cold enough to freeze the fragile young buds right on the vines. It’s still too early to tell whether the 2017 Bordeaux frost will negatively impact wine quality this year, but winemakers expect that we’ll see a dramatic change in market prices, sales, and yields. Planning for these possible changes now will help you make smarter Bordeaux investments this year.

The Regions That Were Hit Hardest in the 2017 Bordeaux Frost

About 70 percent of Bordeaux’s vineyards report that they’ve had at least some serious damage to their crops following the frost. Out of those 70 percent, about 20 percent are reporting a loss of anywhere from 90 to 100 percent of their 2017 buds. For these unfortunate estates, this means waiting for second buds to grow in their place, which will almost certainly result in lower yields this fall. The 2017 Bordeaux frost couldn’t have come at a worse time for the region; a mild, sunny spring made the buds grow faster than usual, and in some areas, the grapes were growing 15 days ahead of schedule. After the frost hit, all of that progress was lost. President of Castillon Cotes de Bordeaux, Françoise Lannoye, told Decanter, “It meant that all the buds had already appeared, and in many cases even the secondary buds that typically can go on after frost to produce at least 50 percent of a full crop.”

The regions that were hit hardest include the Right Bank (which saw damage in the 50 to 100 percent range), and vineyards that were located in valleys or next to forests. Pomerol is one of the only regions in the Right Bank that avoided significant damage, although a few vineyards are reporting some losses. Nearly every terroir in Bordeaux was impacted by the 2017 frost, but a few estates managed to escape unscathed. The Left Bank is in better shape, on average, than the Right Bank. Additionally, top estates like Ausone and Angelus weren’t impacted nearly as much as their neighbors. Knowing this, it would be wise to consider buying Left Bank 2017 Bordeaux, or to invest heavily in estates like Ausone and Angelus.

Look to 1991 Bordeaux for Guidance, But Don’t Rely on It

Experts are already comparing the 2017 Bordeaux frost to a similar cold snap that happened in 1991, which is worrying winemakers and collectors alike. In the wine collecting world, “1991 Bordeaux” conjures up images of sub-par wines that, on average, aren’t even worth opening. But you can’t write off the 2017 Bordeaux vintage that easily. While it’s true that the 2017 frost has damaged about as many vines as the 1991 frost did decades ago, the 1991 vintage also suffered from a rainy, miserable harvest season. Those wines got off on the wrong foot, but also faced bad conditions at the end of the season as well.

It’s still possible that the 2017 vintage will bounce back, even after 90 percent of the buds have been damaged. If Bordeaux has an especially idyllic summer and a mild September, the grapes could easily become balanced and delicious, despite their low yields. Give the Right Bank a chance to recover this summer before making your final decision on the 2017 vintage.

The Bordeaux 2017 Frost Could Impact Sales

The question on most collectors’ minds at the moment is, “Will Bordeaux prices increase this year?” Winemakers suspect that they might have to raise prices in response to extremely low yields, but they won’t know for sure until the harvest season approaches. It all depends on the quality of the wine–wineries realize that collectors are wary of buying low-quality Bordeaux at inflated prices. This has been an issue in the region in the recent past. We anticipate that estates which have high-quality wines and low yields will likely increase their prices, since the wine will be of high market value. Conversely, wineries that struggle to produce a high-quality vintage this year might keep their prices reasonable in order to encourage more collectors to invest.

What you might not realize is that your 2016 Bordeaux en primeur investments could be impacted as well. When frost or other major disasters hit, it’s common for estates to hold back more en primeur wine than usual so that they have additional stock to rely on next year. Rather than selling 95 percent of their 2016 wine en primeur this year, an estate might choose to sell just 75 percent, and hold the rest in-bottle to sell later. If you haven’t yet secured your 2016 Bordeaux en primeur investments, now is the time to do so, before limited stocks run out.

Despite extensive crop damage, many Bordeaux winemakers remain cautiously optimistic about the 2017 vintage. When the time comes to invest in these wines yourself, keep in mind that not every Bordeaux producer experienced frost damage to the same extent. Cheval Blanc, Ausone, and Angelus used preventative measures like bonfires, down-draught helicopters, and heaters to limit their grapes’ exposure, and as a result, they might yet craft a promising vintage that’s worth a space in your cellar.

Should You Invest in Ex-Château Bordeaux Wine?
January 29, 2021
Go to Top