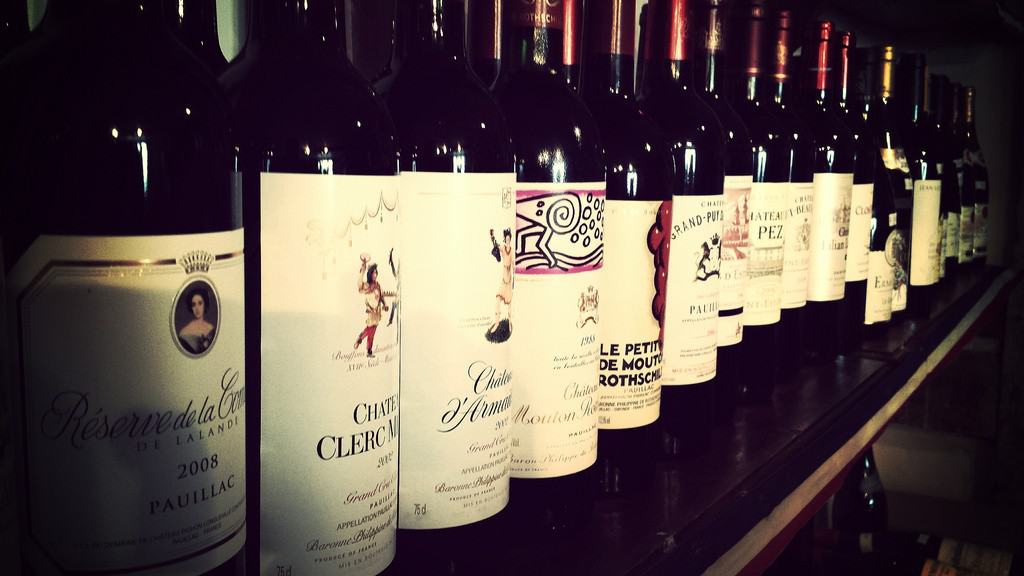 This year is the perfect time to invest in Bordeaux en primeur because the vintage is high-quality and reasonably priced. Photo Credit: Flickr CC user Dominic Lockyer

It’s the time of year when the entire wine world is focused on one thing – Bordeaux futures. After several years of decreased demand in the U.S., the 2015 vintage ignited new interest with its outstanding quality and reasonable pricing. Now, with another fantastic vintage in 2016, Bordeaux has officially made a comeback, whether it be for investment or personal consumption.

Buying en primeur has several advantages, but it can be difficult to get in the game. First off, you have to find the wine that you’re looking for. Only select, top retailers carry the best futures that Bordeaux has to offer, and of those retailers, the best wines, (such as first growths) are highly allocated. Secondly, say you do find that bottle of Lafite you’re looking for – chances are, because of the demand in popular vintages like 2016, you may only be allowed to purchase one or two bottles, or may be required to also purchase a large quantity of another wine you don’t want or need.

This is where Vinfolio comes in. Our new CEO, Don St. Pierre, has allowed Vinfolio to become a leading retailer of en primeur wines because of his close relationships with top châteaux across Bordeaux. These relationships, partnered with Vinfolio’s team of wine experts, will ensure that collectors will get access to the exclusive en primeur wines they are looking for, and at a competitive price. If you want to know what Bordeaux wines you should be investing in or drinking, Vinfolio can fulfill all your needs.

Don St. Pierre began his wine journey in 1996, when he and his father founded ASC Fine Wines in China. At the time, China didn’t have a massive fine wine market, so St. Pierre saw an opportunity to introduce the best French wines to the region. Within just a few years, St. Pierre and his father became the largest importers and distributors of fine wine in the country, bringing a brand-new customer base to top estates such as Haut-Brion, Latour, and Cos d’Estournel. As a result of ASC’s success, not only does China now import more Bordeaux than any other country in the world, but St. Pierre was able to maintain close ties to Bordeaux’s top châteaux after he sold the company. Today, this gives Vinfolio an advantage in the U.S. market with exclusive deals that other retailers simply can’t commit to or resource.

For decades, collectors in the U.S. invested millions of dollars into Bordeaux every year, however, everything changed after the 2005 vintage. A fantastic vintage pushed wine prices through the roof, tainting the American demand. To make matter worse, 2005 was followed by a series of disappointing vintages from 2006-2008, yet prices continued to rise. Then, as we all know, the U.S. experienced its worst recession in 2008 since the Great Depression. That meant that when the blockbuster 2009 vintage was released, the combination of the strength of the euro versus the U.S. dollar, along with the fact that by then, Bordeaux prices had risen by 200 percent, made it virtually impossible for Americans to invest in en primeur. The series of less-than-stellar vintages that followed 2009 and 2010 almost turned Americans completely off Bordeaux for good.

However, here at Vinfolio we are already seeing an increased interest in Bordeaux once again. The 2015 vintage was the best since 2009 and 2010, and this time, en primeur prices were more reasonable, and to seal the deal, the U.S. dollar was finally on the upswing.  Excitingly, this trend has continued with the 2016 vintage. The quality and quantity are there, and so far, pricing is just slightly over, or in the case of Montrose’s initial miniscule release, the same as the 2015 vintage. Therefore, at Vinfolio, we believe that all signs are indicating that 2016 will be a successful vintage to purchase futures.

With St. Pierre’s connections, the Vinfolio team of wine experts are putting a stronger focus on en primeur sales, and with our exclusive allocations are giving collectors more freedom to choose the wines they truly want, without any package deals. The day that a new 2016 future is released, we will inform you immediately of the opportunity to purchase, always at a competitive price. Whether you’re hoping to make a possible profit down the road, or simply want to acquire a fabulous vintage for your personal cellar, Vinfolio will make certain that Bordeaux enthusiasts achieve the vision of their 2016 collection.

Here are just a few top-quality producers that St. Pierre has developed close relationships with over the years: