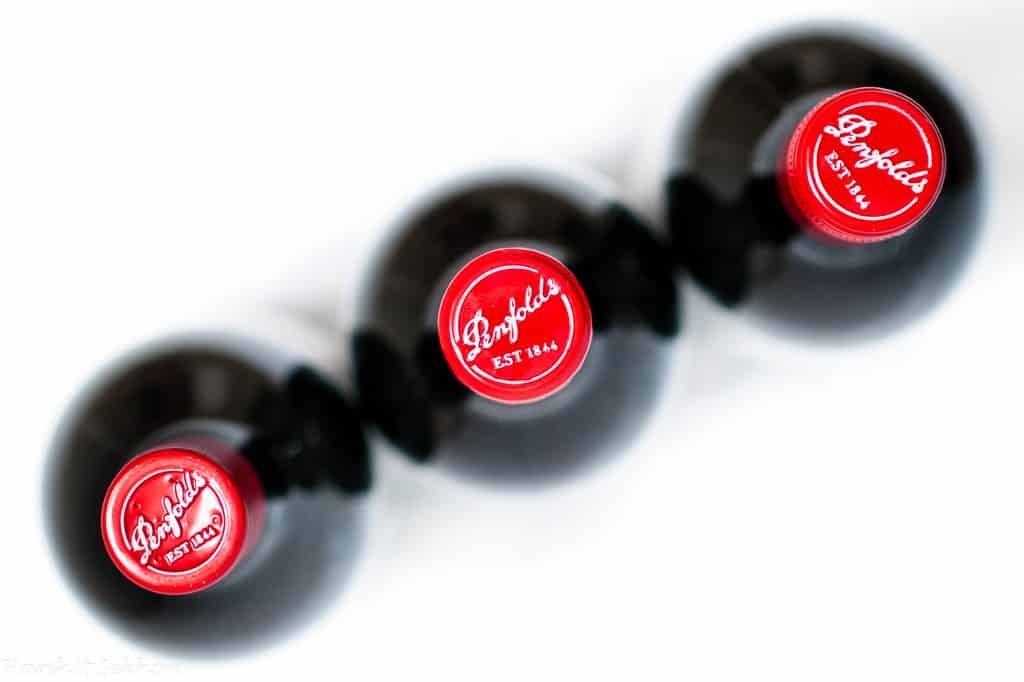 Penfolds rarely releases its Block 42 label, but in 2004 it went all out with the Block 42 ampoule. Image source:
Flickr CC user Harshit Sekhorn

While all unicorn wines are rare, not all of them are expensive; Penfolds 2004 Block 42 is both. In 2012, this wine sold for $168,000 per bottle, which at the time made it the most expensive wine sold directly from the winery in the world. Collectors who are familiar with the Penfolds estate might remember that most bottles of Block 42 only cost about $500 each. So how can the winemakers justify such a steep price tag on the limited-edition 2004? To start, this wine is among the rarest ever made, with only 12 bottles produced. Additionally, the wine sits inside an artisan-crafted container that looks like a sculpture you’d see in the Museum of Modern Art. In short, this isn’t a wine that relies on taste alone to attract buyers. Rather, it’s an edible piece of art meant to be the crowning jewel of some lucky collector’s cellar.

To understand why some collectors would pay more than $100,000 for a single bottle of wine, you need to look at the origins of Penfolds’ Block 42 label. The Cabernet Sauvignon grapes used in Block 42 are grown on the oldest plantings for this varietal in the world. The vines that produce these grapes are nearly 130 years old, and were planted shortly after the 1855 Bordeaux Classification. Because the vines are so ancient, they only yield a tiny number of grapes annually, and most of the time, there isn’t enough wine to justify a full release. Only when the weather is absolutely perfect will Penfolds offer any bottles of their Block 42 vintage to collectors.

In 2004, the estate saw a rainy, mild winter, which was perfect for early budding in the spring. Both the spring and summer were especially warm, meaning that the grapes developed far more intensity and concentration than usual. As a result, this is one of South Australia’s finest vintages in history. When winemaker Peter Gago saw early pressings of the Block 42 grapes, he noticed the especially rich, deep color and knew that this vintage was something special. Rather than putting it in the same standard bottle as the estate’s Grange, he instead commissioned a local artist to create a bottle befitting such an intense, rare wine. Thus, the limited-edition version of Penfolds 2004 Block 42 was born.

The appeal of the limited-edition Penfolds 2004 Block 42 comes not just from its rich flavors, but from its container. Glass artists Nick Mount and Ray Leake designed an utterly unique glass bottle (which Penfolds is calling an ‘ampoule’) for the Block 42, featuring a long, sharp-tipped container that encloses the wine in a thin, rounded vial. From a distance, the wine looks a bit like a unicorn horn. Artist Andrew Bartlett also designed a hand-crafted wooden case that holds the vial on display, while Hendrik Forster etched the Penfolds emblem into the case using precious metals.

Because the design of this container is unlike any the wine world has ever seen, you can’t open the bottle yourself without assistance. This is where the Penfolds 2004 Block 42 becomes truly extraordinary. Lead winemaker Peter Gago has offered to fly directly to your home or event to help you open the bottle and host a wine drinking ceremony for the occasion. This isn’t the kind of wine that you crack open for a special anniversary dinner. Instead, Gago wants Penfolds 2004 Block 42 owners to build a special celebration around their limited-edition ampoules.

It’s virtually impossible to compare limited-edition Penfolds 2004 Block 42 to other fine wines on the market because this vintage has far more in common with sculptures and commissioned art than it does with a bottle of rare DRC. If you’re the type of collector who appreciates how much care and artistry went into this vintage, both from the winemakers and the commissioned artists, then this is the perfect bottle for your collection. It’s wine and art combined into a single package.

However, if you’re only interested in the wine inside and don’t care about the package it comes in, or whether you’ll get to meet the winemaker, then other Penfolds vintages will be better suited for your cellar. The 1996 Penfolds Block 42 is the only other Block 42 wine released in recent history, and its deep, blackcurrant notes share a kinship with the 2004’s bold flavors.

Penfolds 2004 Block 42 and other artistic wines aren’t necessarily great investments, even though they are true unicorn wines, and are worth hundreds of thousands of dollars. To start, it’s difficult finding collectors who are willing to buy the wine at a price that would make you a profit, even if you keep the wine for decades. There’s no guarantee that you will ever make money on this investment. You could spend the same amount of money on more than 15 cases of 2010 Lafite-Rothschild, which is far more likely to earn you a profit later. However, if you’re looking for a one-of-a-kind tasting event that you’ll likely never experience more than once in your lifetime, the limited-edition Penfolds 2004 Block 42 is the ultimate unicorn wine.