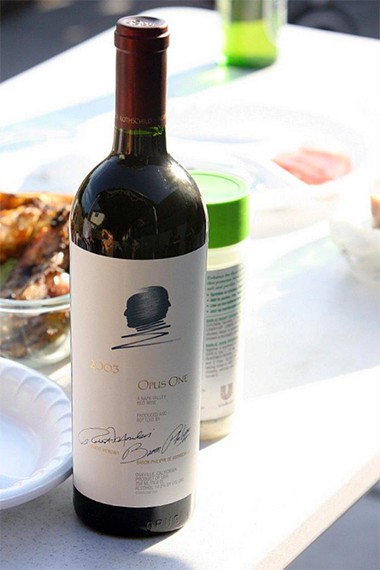 Opus One has gained in popularity and price this quarter. Photo Credit: Flickr CC user Clemson

A new year means an exciting new wine vintage. If you’re looking for the best investments for your portfolio, or you’re wondering what to sell, we have you covered with our latest wine market analysis. We’ve compiled up-to-the-minute data on early 2016 vintage tasting notes and 2017 sales figures to bring you the essential information you need to improve your collection this year. We hope that our latest analysis will give you the tools you need to buy wines that are as delicious as they are investment-worthy.

Winter is usually the calmest time of the year for wine collectors; we’re still waiting on the past year’s vintage to mature in the barrel, and it’s usually too cold to invest in and ship any wines. That’s why you should use the winter quarter to analyze the market and decide on which bottles you want to invest in when spring rolls around. Here are the results of our analysis this year:

The wine market as a whole is up by 1.7 percent in sales over the past two months, and experts expect it to rise by a total of at least 7.8 percent by the end of this year. Spikes in the market aren’t unusual, however, this is the second year in a row that the market has increased at this rate. This could be a great year for sellers looking to get the highest return on investments, and for buyers looking for especially rare wines. Sellers will likely put more high-end or rare bottles on the market this year to take advantage of increased interest in the market.

Additionally, we’re seeing an uptick in New World wine quality this year, and this is translating into better sales for certain labels. Screaming Eagle and Opus One in particular are poised for success, and their sales have been some of the most promising this quarter. Consider past vintages from these estates this spring.

Finally, for the first time in years, ice wine could be plentiful and worth collecting. If you need to stock up on your age-worthy sweet whites, look for 2017 bottles from Austria and Germany.

Here are some reminders now that this year’s first quarter is over:

Last quarter, Bordeaux and Champagne occupied the majority of the top 10 bestsellers list, and Petrus in particular showed strong sales. This quarter, Burgundy is leading the pack for a change, and DRC sales have blown all other producers out of the water. Petrus is doing well, occupying two spaces on this list for its 2008 and 2010 vintages. However, DRC has an incredible six top-selling vintages this quarter, ranging from 1985 through 1988.

What this tells us is that Burgundy could be an even more viable investment this quarter. Collectors seem to be showing a stronger interest in mature Burgundy from past vintages, so if you’ve been sitting on a Burgundy from the late 1980s or early 1990s, now might be the time to sell. We usually notice an increase in past vintage sales shortly before En Primeur wines hit the market, so if you’re looking for a fast return on a wine investment, it could be worthwhile to buy vintage Burgundy now, then sell it shortly before En Primeur week next year.

Wine-Searcher recently compiled a list of the wines collectors searched for most often this quarter, which offers valuable insight into the producers worth a second look this year.

Bordeaux occupies much more space on this list than it does for Vinfolio’s top-selling wines this quarter. It’s worth noting, however, that wine searches do not necessarily translate into real sales figures. Using the information above, though, it’s clear that Bordeaux is still popular among serious collectors, especially wines from top estates like Mouton Rothschild and Lafite. These two estates were in Liv-ex’s top-selling wines of the year last quarter, and they will likely remain excellent investments. Like Vinfolio’s top-selling list, Wine-Searcher’s frequently-searched list features Petrus prominently, further proving that this producer is gaining even more ground on the market.

It’s also worth noting that Opus One increased in search popularity this quarter. This is in-step with increased market sales for the producer in recent months. This quarter, 2010 Opus One sales increased by about 5.3 percent, largely due to the vintage’s high quality. Yet the 2013 vintage is of even higher quality, on average, than the 2010, so if you’re looking to invest in Opus One, we recommend the younger of the two vintages.

Here are the three countries or regions that have grown the most in sales over the past quarter: 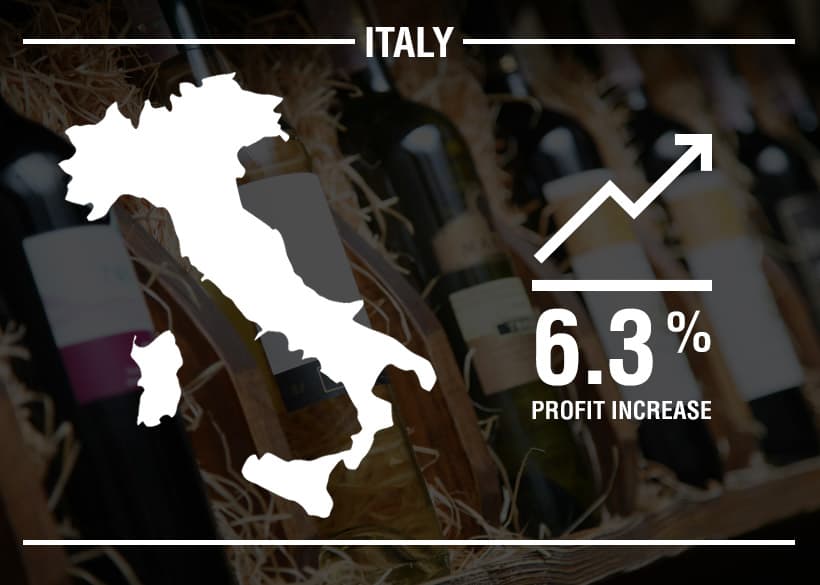 In our last market analysis, we noted an increase in sales for Italy, and this is starting to look like a trend for the country. This quarter saw an increase in sales by 6.3 percent, which is almost 2 percent higher than its increase last quarter. While Burgundy and Bordeaux still have the highest share of the market in total, it would be wise to keep an eye on Italian wines in 2017, especially Super Tuscans and regional blends like Barolo and Barbaresco. 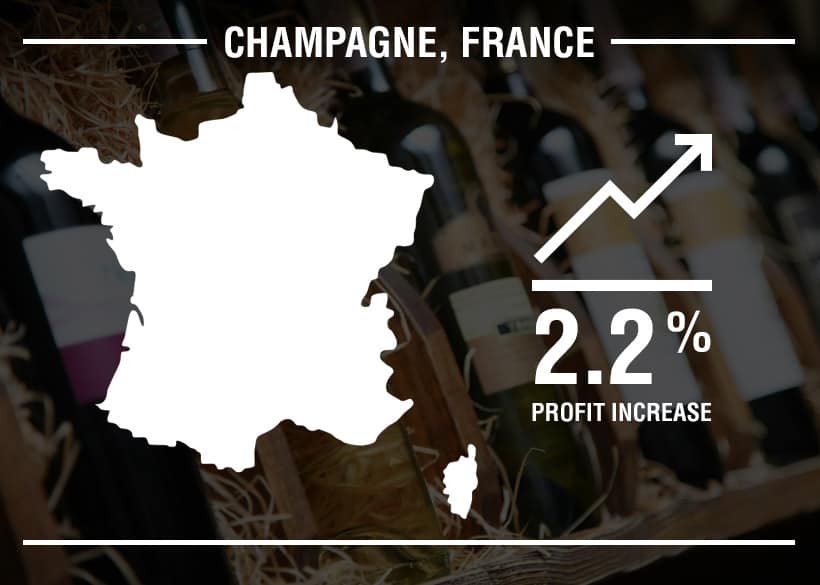 The massive spike in sales for Champagne has dipped slightly this quarter, although it is still on the rise. Last quarter, Champagne saw an increase of 8.8 percent in sales, which isn’t unusual, considering that these wines sell best during the holiday season. By next quarter, Champagne sales will likely plateau again. 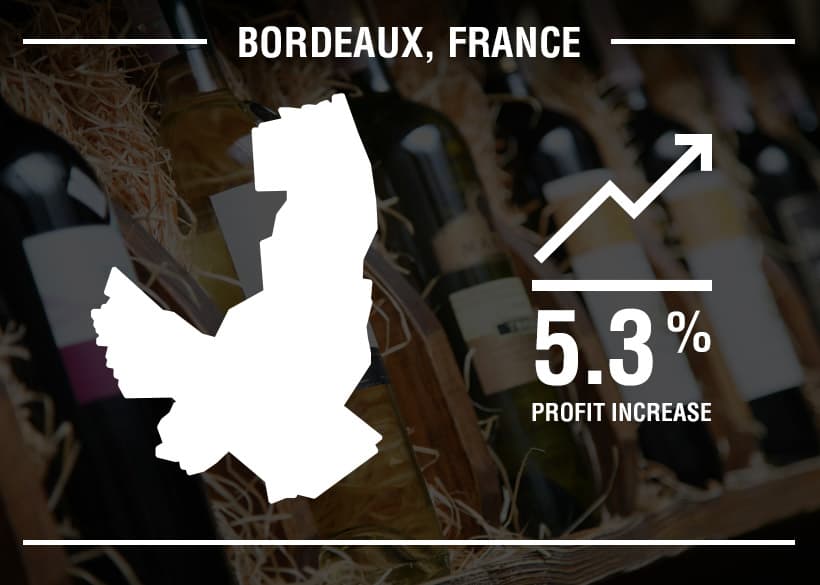 Bordeaux experienced a slight slump in sales in both January and February, however, by the end of the quarter, the region turned itself around. In March, sales increased by about 5.3 percent compared to February. Bordeaux often increases in sales shortly before En Primeur week, and we can expect this region to continue its increase over the course of the spring. In terms of specific producers, invest more heavily in those which have experienced an increase in their sales, such as Petrus and Mouton Rothschild.

While last quarter was all about the 2016 harvest, this quarter is about barrel aging and early quality projections for the 2016 vintage. 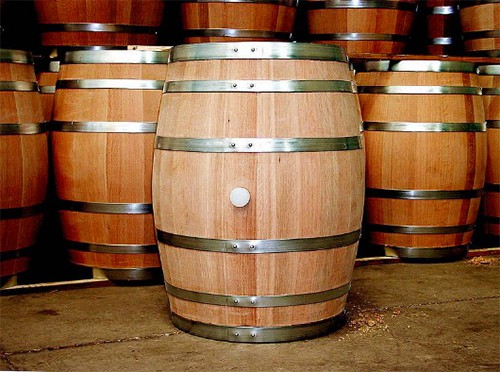 The most exciting development this quarter is James Suckling’s early review of the 2016 Bordeaux vintage. According to Suckling’s review of 45 different En Primeur wines, the 2016 vintage has an average score of 96.3 points, compared to 2015’s score of 95.5 points. This tells us that the two vintages are close in quality, but that the 2016 likely has a slight edge. Suckling himself has said that the 2016 and 2015 are neck-and-neck in terms of quality, and that he isn’t sure which is truly better at this stage. Since the 2015 was an extremely solid vintage (even superb for some producers), this is welcome news for collectors.

Mouton Rothschild and Lafite Rothschild both received perfect scores from Suckling, making these the most likely successes of the vintage. However, both Palmer and Conseillante received near-perfect scores, and these vintages might be easier to find En Primeur than Lafite and Mouton Rothschild. Competition for the 2016 vintage will be stiff, especially considering the high quality of the vintage, so it’s best to have backup producers ready when you order your wine this spring. It could also be wise to sell any 1986 Mouton Rothschild now. Suckling compares this vintage to the 2016, and the comparison could lead to better sales for this mature wine. 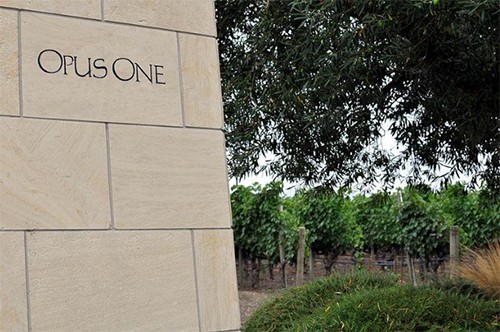 It’s still early to make any claims about the 2016 vintage, but so far, winemakers in California—especially Napa Valley—are saying that these wines appear more balanced than usual. That’s because there was more moisture in 2016 than in 2015, yet these rainy days were accompanied by spurts of warm weather as well. The result is a wine with plenty of acidity and fully-ripened fruit. Opus One’s ever-increasing popularity makes it one of the top picks for California this year. You’ll also want to consider 2016 Screaming Eagle, as this producer has also seen a massive spike in sales this quarter. According to Liv-ex, Screaming Eagle’s 2014 vintage had the highest share of trade by value in March, showing $19,755 in recent sales.

The only concern so far with California’s harvest is that the soil has higher nitrogen availability than usual following the 2016 growing season. If nitrogen becomes too prominent in the ground, 2017 grape yields could be unusually low on high-end estates. Nitrogen increases shoot and leaf growth, but it negatively impacts fruit budding, meaning that 2017 grapes might be small or too shielded from sunlight this summer. We will find out more about this possibility as the spring buds break next quarter. 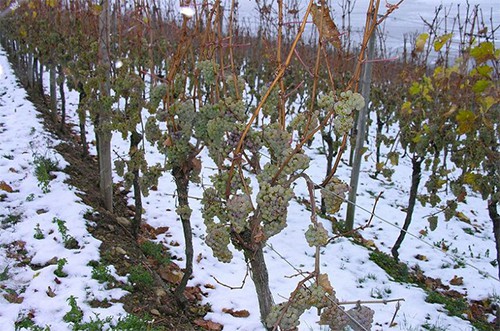 Some Austrian producers will produce ice wine  for the first time in years. In 2016, temperatures were finally cold enough to produce these sought-after grapes, and you’ll want to consider taking advantage of this rare moment on the market. Producers who took a gamble on ice wine this year will see a major payoff. Usually, ice wine won’t develop unless the temperature reaches at least 19°F or cooler. In 2016, Austria saw temperatures frequently dip below 14°F, putting it firmly in ice wine territory.

In addition, the weather remained dry despite the bitter cold, preventing the grapes from becoming botrytized. Because of the arid, cold weather, producers had ample time to let the grapes mature on the vine, and some waited as long as January to harvest them. As a result, Austrian ice wine will soon be available for collectors looking for a white wine that will easily age for decades.

What Can Collectors Learn from This Quarter?

Winter is rarely the most exciting and information-packed quarter for wine collectors, yet this year saw plenty of developments that are more promising than usual. For one thing, early tastings of the 2016 vintage in-barrel are already being praised by critics, especially in Bordeaux. We’re also seeing ice wine for the first time in years. With this quarter’s highlights in mind, here are a few tips on action items as we begin the year’s second quarter:

Although we’re still waiting for wines to leave the barrel this quarter, you have plenty of preparations that you can make right now to improve your cellar and your investments. With an exciting new vintage on the horizon, this quarter has brought excellent news to collectors looking for high-quality, potentially iconic vintages.