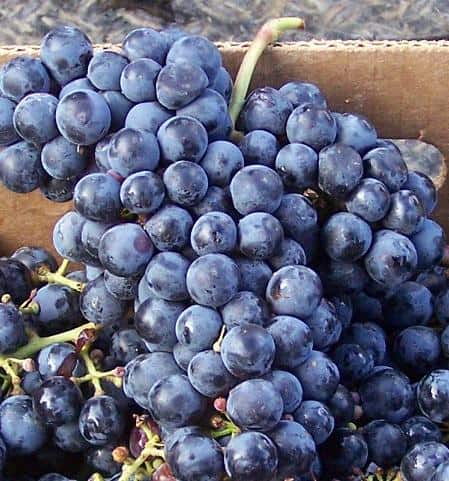 When you think of a Napa Valley cult wine, you probably picture a rich, fruit-forward glass of Cabernet Sauvignon. However, some of the best cult wines of the moment are in fact made from California’s lesser-known Cabernet Franc, a relatively uncommon varietal that’s only been gaining traction on the wine market over the past five years. The Morlet Family estate spearheaded this wine trend, producing some of the finest Cabernet Franc specifically designed for serious collectors. If you’re looking to get out of a Cabernet Sauvignon rut and find the next great New World cult wine, I recommend trying at least one bottle of 2013 Morlet Family Force de la Nature.

A Cult Wine That Goes Beyond Cabernet Sauvignon

One of my friends owns an impressive collection of New World cult wines, but most of his wines are either 100 percent Cabernet Sauvignon or Bordeaux-style blends. Everything changed when he tried his first glass of cult Cab Franc. In the past year alone, I’ve seen his collection expand to include dozens of bottles of 100 percent Cabernet Franc. The reason? Cabernet Franc from Napa usually has the richness that Cabernet Sauvignon lovers crave, yet the wine is far spicier and more complex by nature.

Even Robert Parker gave both 2012 and 2013 Morlet Family Force de la Nature perfect scores. During his years as a wine critic, Parker has demonstrated a taste for the bolder, jammier New World wines, however, recently he’s been giving much more clout to cult wine producers who think outside of the bold, fruity box. Parker says that Morlet Family’s Force de la Nature is “possibly the finest 100 percent Cabernet Franc ever made in California.” If you’re looking to experiment with the Cab Franc wine trend, Morlet Family is a great place to start. The Morlet Family 2013 Force de la Nature, in particular, offers the same full-bodied, rich flavors that made Napa Valley a household name, yet it dances on the palate with elegance, rather than bombarding you with intense fruit.

The Beckstoffer To Kalon Recipe for Success

Lately, whenever I see a perfect score for a Napa wine, I assume it was made with grapes from a Beckstoffer vineyard, specifically, from To Kalon or Dr. Crane (in fact, our Gem of the Month in January was made on the Dr. Crane Vineyard). For years now, Beckstoffer vines have been the secret ingredient behind some of California’s most compelling cult wines, and Morlet Family is no exception. Their 2013 Force de la Nature was made exclusively from To Kalon Vineyard’s finest Cab Franc grapes. Due to high sun exposure and rocky, fast-draining terrain, grapes grown in this terroir tend to take on a robust personality. Although this gives the wine more power, if the winemaker isn’t careful, the intense black and red fruit notes will easily overtake all other flavors.

To temper this tendency, winemakers Luc and Jodie Morlet use traditional Bordeaux techniques, including aging the wine in 100 percent new Darnajou oak and fermenting the grapes using only native yeast. Their goal was to make a wine that would honor Luc Morlet’s great-great-grandfather, Gaston Morlet, who had a reputation in Champagne as a “force of nature” with an intense passion for winemaking. Morlet Family chose To Kalon’s Cab Franc grapes because they had enough power to be worthy of the title “Force de la Nature,” yet they were more earthy than the Cabernet Sauvignon grown in the same terroir. In short, they wanted a wine that would instantly excite the palate, but that never feels too weighed-down; this is a classical French wine with bite.

How to Invest in 2013 Morlet Family Force de la Nature

Most Force de la Nature is worth anywhere from $200 to $400 per bottle, however, we’ve seen a significant jump in price for older vintages over the past year, which signifies that demand for these bottles is growing. For instance, the 2012 vintage is considered slightly lower in quality than the 2013 vintage, yet it recently doubled in price on the market for a few months. During that time, more bottles were available from retailers, and buyers were willing to pay more at auction to snag one of the few bottles for sale. Like most cult wines, rarity will continue to drive up the price, which means that you should invest in these bottles as soon as possible to make the most on your investment. With the 2013’s high quality, some bottles have sold for as much as $2,000, and this number is likely to continue to rise.

In addition to market value, this wine is ideal for drinking. Unlike many traditional French wines made by top producers, 2013 Morlet Family Force de la Nature doesn’t have to spend decades in a cellar. With its firm tannins, this wine will drink through 2035, perhaps longer, yet it’s refined enough in its youth for collectors to open it early without regret. I recommend buying more than one bottle, if possible, and saving at another for the long haul. Using this storage technique, you can enjoy the youthful New World intensity of the Force de la Nature now, then appreciate the mature craftsmanship of its Old World influences as it ages over the next 20 years.

Image by Agne27 at the English language Wikipedia [GFDL (http://www.gnu.org/copyleft/fdl.html) or CC-BY-SA-3.0 (http://creativecommons.org/licenses/by-sa/3.0/)], from Wikimedia Commons