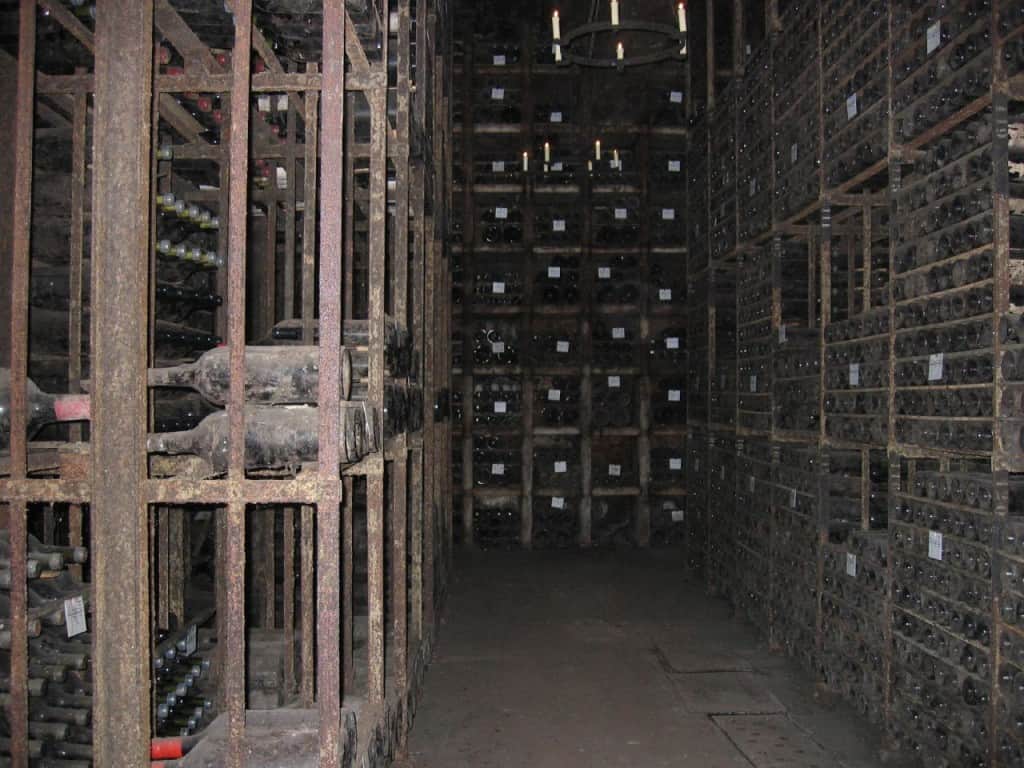 The problem with legendary vintages that are more than 90 years old is not whether they’re worth investing in–they undoubtedly are–it’s that finding an authentic bottle becomes more and more difficult every year. A wine like 1928 Mouton-Rothschild combines rarity, old age, and quality, and it’s these factors that make it one of the greatest unicorn wines of all time. Finding one of these bottles, on the other hand, can be a lifetime achievement for a serious collector. Here’s how to spot an authentic bottle, and what to do with the vintage once it’s safely in your cellar.

What Makes 1928 Mouton-Rothschild So Historic?

The definition of a true unicorn wine is a vintage that is rare, but most of all, that’s also historic. It doesn’t matter whether the wine costs $50 or $50,000, as long as it has a reputation for being both difficult to find and worthy of that extra effort. The 1928 Mouton-Rothschild combines both qualities as one of the first new round of vintages made by the famous Baron Philippe de Rothschild. Shortly before the 1930s, Philippe de Rothschild decided to modernize the estate for the first time in decades. Both his father and grandfather had owned the vineyard for decades, but they had little interest in the winemaking craft.

When Philippe took over the estate in the mid-1920s, he was willing to try new techniques that other estates never considered before. He was the first of Bordeaux’s Premier Cru producers to bottle his wines directly on the estate, and he later helped established fixed prices among the top growers in the area. Philippe was strict about the quality of the harvest, and if a wine didn’t meet his high standards, he would make it into a second wine, called Mouton Cadet. The 1928 vintage is considered the first truly great flagship release under Philippe’s careful guidance, and it marks a turning point for the estate as a whole. Mouton-Rothschild evolved from a “Second Growth” producer into a serious First Growth contender, with 1928 as an early crowning achievement.

The 1928 Mouton-Rothschild vintage costs less than most First Growth Bordeaux peers, yet it’s easy to end up with a fraudulent bottle. Unfortunately, both the 1928 and 1945 Mouton-Rothschild vintages are among the most commonly faked bottles on the market, according to Maureen Downey. For this reason, it’s essential to consider the price of the bottle, the quality of its condition, and your source’s reliability. You can find bottles on the market ranging from as little as $1,500 to as much as $5,000. While for most wine investments you’d want to pay the lowest possible price in order to get the best ROI, with the 1928 Mouton-Rothschild, you might find that paying more upfront is safer. For instance, some bottles in the $1,000 range are either half bottles or have some visible damage. Be suspicious of undamaged examples of this vintage selling in this price range. By contrast, bottles in the $3,000 to $5,000 range usually have better ullage, coloration, and clearer labels than their cheaper peers. Both for quality and to avoid fraud, this is a wine that’s worth splurging a little on.

Price and good bottle condition are important to consider when you look for a 1928 Mouton-Rothschild, but you should also research your buying source. Because the bottle is almost 90 years old, it’s unlikely you’ll find a line of provenance going from the original estate to the current owner, but you can still pay close attention to how the bottle has been stored throughout its documented lifetime. If the wine has been stored improperly or by someone who didn’t realize it should be kept at a consistent temperature in a cellar or professional warehouse, keep shopping around for bottles until you find one with a better storage history.

If you’re lucky enough to find an authentic bottle of 1928 Mouton-Rothschild in excellent condition, it could very well be worth drinking if you do it soon. As recently as 2009, a wine reviewer tried the 1928 and found that its coloration was still superb; it looked like a wine 30 years younger, owing to excellent storage conditions throughout its lifetime. The reviewer found a wide range of complex flavors, including mint, tobacco, and black fruit on the nose. The flavor also had the austere quality that you would expect from a wine of this age. Unfortunately, the wine was more aromatic than it was flavorful, but if you love the bouquet of a wine most of all, then you might want to open up a 1928 Mouton-Rothschild.

Personally, though, I recommend keeping an example of this vintage as a trophy bottle, either reselling it later or treating it as a piece of living art. The recent tasting notes for the 1928 suggest that it is just beginning to lose its vigor, so unless you plan on drinking it within the next year or two, keeping it permanently sealed might be more worthwhile. At this stage, and with so few nearly 100-year-old bottles left on the market, you can make much more back on your investment if you wait another 10 or so years to resell it. In the meantime, you’ll have a brag-worthy bottle on your shelf, and make a significant return on your investment when you sell it around its 100-year anniversary in 2028. With 1928 Mouton-Rothschild’s historic significance, this will surely be a birthday worth celebrating.