Revisiting 2012 Bordeaux: The Sweet White Wines That Are Worth Your Time 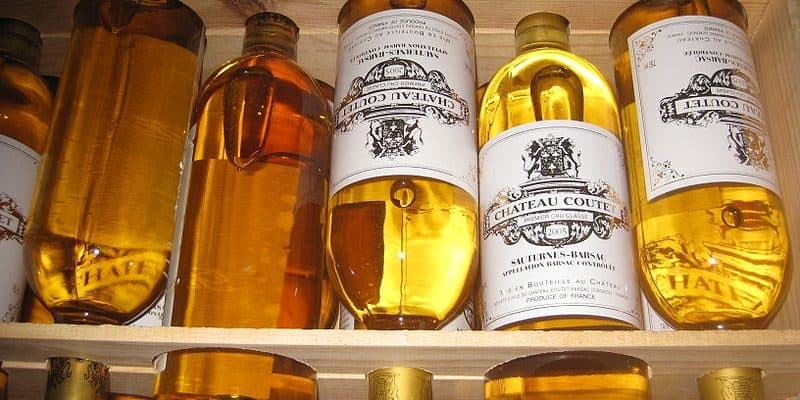 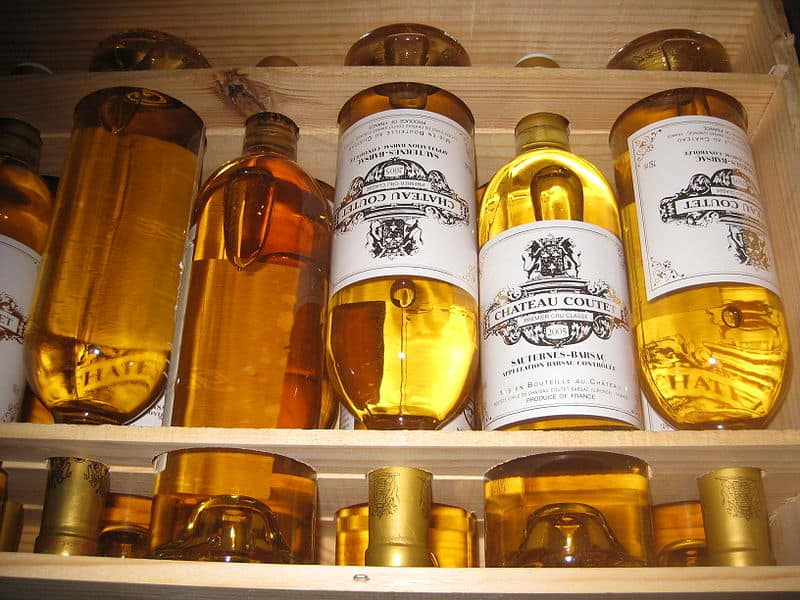 Chateau Coutet made some of the best sweet 2012 Bordeaux wine because its winemakers carefully picked the ripest grapes in every cluster. Photo Credit: Wikimedia CC user Mukden

The last time I was in France, I found some surprisingly delicious 2012 Bordeaux in a wine shop on the outskirts of Paris. This was surprising because I’ve listened to collectors and wine critics alike complain about the subpar quality of 2012 Bordeaux, especially the sweet white wines. Uneven flowering followed by mildew made the 2012 harvest difficult for winemakers, and I assumed that nearly all of the sweet whites were a loss that year. Instead, I discovered a handful of perfectly ripe, mouthwatering bottles that are drinking beautifully right now. The 2012 proves that you can’t write off any vintage completely, and that you can almost always find diamonds in the rough.

Whenever a reviewer uses the term “winemaker’s vintage,” it’s usually code for “difficult harvest.” The 2012 Bordeaux harvest was perhaps the best recent example of such a vintage. Winemaker Jonathan Ducourt told Decanter that, “This period was very stressful, although we were able to keep the vineyards in good shape.” The season started off on the wrong foot, and only got worse from there; first, heavy rains and cold temperatures made flowering uneven, and these continued through most of June. By the time August arrived, temperatures finally started to climb, but Bordeaux then experienced four days of temperatures higher than 105 degrees. The vines shut down in the heat, and many grapes shriveled under the relentless sun. Many of the grapes that survived suffered from mildew, forcing winemakers to throw out a good deal of the harvest in September.

In general, the dry white wines fared better than the sweet wines because the cold weather (followed by intense heat) allowed the grapes to build up some acidity before the heat increased residual sugar levels. While these wines thrived, many of the sweet wines weren’t given enough time in the sun to reach their full ripening potential, and those that did were impacted by mildew problems. Yields were also extremely low in 2012, making the sweet wines from that year harder to find than usual.

Tips on Investing in the Best 2012 Bordeaux

Despite these many issues, some sweet wine wines from 2012 Bordeaux are spectacular, as long as you know where to find them. I recommend investing more heavily in Barsac than any other commune in France if you want a quality sweet white wine. This southern region wasn’t impacted as much by weather conditions compared to other areas of Sauternes, and winemakers were especially careful when it came time to pick the grapes. The best wines of this year came from the top estates because they could afford to hire more hands to properly pick the grapes. Ripened grapes often sat in the same cluster as green, underripe fruit, so it was essential for harvesters to look over every branch, grape-by-grape, and pick only the ripest, healthiest in the bunch.

As for specific producers, while I was in Paris I found a 2012 Broustet from Barsac that was fresh and as sweet as honey. Although the wine clearly wouldn’t age well in the long run, it was well worth drinking in its youth. For wines from lesser-known estates, it’s best to budget carefully; these wines usually only drink well young, so spending too much money on them isn’t necessarily the best choice. For higher-end, potentially age-worthy wines, focus on Sauternes, especially wines that normally have very little acidity. The high-acid wines of this year tend to be too astringent, making them unpleasant to drink right now. In addition, most of these wines won’t mature well over the next decade, either.

Choose high-end producers like Chateau Guiraud, which had a fairly successful harvest that year. Similarly, Chateau Coutet made a few beautiful sweet wines in Barsac, which are worthwhile for your cellar. Normally, I would recommend investing in Chateau d’Yquem because they almost always produce the most outstanding wines in the region; unfortunately, the estate didn’t produce a wine that year. As a result, U.S. importers didn’t buy as much sweet white wine from Sauternes in 2012 because they were worried that collectors wouldn’t be interested in producers other than d’Yquem. They were also concerned that the vintage’s poor reputation would scare collectors away from the wines. You’ll likely need to buy these wines from your fellow collectors on a trusted online marketplace, or make a trip to French wine shops in-person, since finding them in U.S. wine shops has become a rare event.

When to Drink These Sweet White Wines

If you are fortunate enough to find a quality sweet 2012 Bordeaux, you’ll need to know when to drink these wines because they differ from most white Bordeaux made in better years. Generally, any sweet wine outside of Barsac should be consumed within the next two or three years, at most. Underripe grapes in this vintage mean that these wines won’t improve much as they mature, and they will be at their freshest, and fruitiest, within the first five years of life. However, for Barsac wines made by the top producers in the area, you can save the wine for a 2022 drink date. I recommend buying more than one bottle and drinking most of them within the next few years, while they’re fresh. Save just one or two bottles for a later drink date to test how well they mature. If you’re choosy, and maybe a bit lucky, you can discover the richest, most flavorful gems of a notoriously messy vintage.

Image by Mukden (Own work) [Public domain], via Wikimedia Commons