Hidden Gem of the Month: 2013 Realm Cabernet Sauvignon Is a Wine to Be Savored for Years 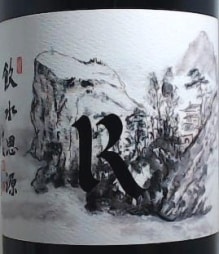 2013 Realm Cabernet Sauvignon is an age-worthy wine that still tastes delicious in its youth.

Some of us don’t have the time nor patience to wait for a wine to mature by 2045. If you’re the type of collector who wants a wine that will last, but that you can still safely drink in its youthful vigor now, 2013 Realm Cabernet Sauvignon from the Beckstoffer Dr. Crane Vineyard is a great choice. Whenever I drink a fine Bordeaux blend, I’m worried that I’m committing wine infanticide–drinking the wine before it’s had the chance to grow into its complex flavors. With 2013 Realm, you can get a near-identical experience to a legendary young Bordeaux without the guilt associated with drinking it too early.

Robert Parker gave 2013 Realm Cabernet Sauvignon a perfect score, saying that its richness and intensity tasted as though “somehow Bordeaux’s Haut-Brion were injected with steroids.” What this means is that the wine has a complex set of flavors commonly associated with the best Bordeaux, like subtle spice, intense dark berries, and even some earthy, umami notes. However, this is still very much a California blend, which means that all of those flavors are amplified compared to its Bordeaux peers.

It’s this quality that makes it an ideal candidate for both aging and drinking young: Parker says the wine will easily last through 2045, if not longer, yet he’s already found plenty of reasons to uncork the bottle now. It might seem like a waste to open a bottle that still has at least 30 years ahead of it, and it would be if the wine were built more like a subtle, herbaceous Old World wine. Instead, it’s a little more fruit-forward and was aged in 100 percent new oak; the fruit brings a pleasant taste to the palate while the new oak gives it plenty of character, even though it’s only three years into its development. The 2013 Realm is proof that New World wines can succeed when they stick with what they do best: using the warm California weather to craft unapologetically intense wines that can be consumed young as well as old.

In 2013, Napa experienced its second “bumper crop” in a row. The previous year had been called one of the best in California in decades, with complex, ripe grapes and larger-than-average yields. Some critics didn’t think the 2013 could compete with such a refined vintage as the 2012, but they were soon proven wrong. Perfect weather conditions combined classic California sunshine with just a touch of cool air to give the 2013 wines balance, while even temperatures and careful pruning allowed the fruit to grow dense on the vine. Realm’s 2013 isn’t as rare as non-bumper vintages, when yields were lower, however, this makes it perfect for collectors who want to try the vintage more than once. Realm produced 225 cases of this 95 percent Cabernet Sauvignon and 5 percent Petit Verdot blend.

In addition to ideal weather, Realm’s Beckstoffer Dr. Crane vineyard is the perfect place to grow complex grapes that remind critics of classical Bordeaux. Unlike some of the clay-rich soil of other California regions, Beckstoffer Dr. Crane is full of gravel, and its fast-draining soil allows the grapes to grow ripe without becoming waterlogged. These wines tend to be tannic and full of minerality. If you’re used to drinking the estate’s other popular label from To Kalon vineyard, you’ll find that the To Kalon is far more fruit-driven and chocolate-like than Beckstoffer Dr. Crane. In short, To Kalon is the best choice for collectors who prefer New World wines to Old World labels, whereas Dr. Crane makes a good bridge between the two.

To make the most out of 2013 Realm Cabernet Sauvignon, you should buy a full case of it if possible; investing in a full case allows you to enjoy both it’s age-worthiness and its youth. Before you lock your bottles away in storage, I recommend drinking your first bottle within the next year and taking detailed tasting notes. Save your remaining bottles until you hit the vintage’s next aging milestone in 2020.

James Suckling says that while your first taste of this wine will be irresistible, and you might be tempted to drink more of it soon, you should patiently wait at least three more years to uncork your next bottle. By 2020, the wine will likely change in character for the better, replacing some of that intense new oak with legitimate aged notes. Continue sampling bottles from your case every five years or so until it reaches its peak in 2045. By this time, you’ll either have gone through your entire case, or you’ll have a few bottles left over to sell. At around $600 per bottle already (almost twice that of lesser-quality vintages), 2013 Realm is likely to increase in value significantly over the next two decades. This is a wine that you can carry alongside you for a lifetime.