Unicorn Wines: Sine Qua Non 1995 Queen of Hearts Was Never Meant to Be Sold At All 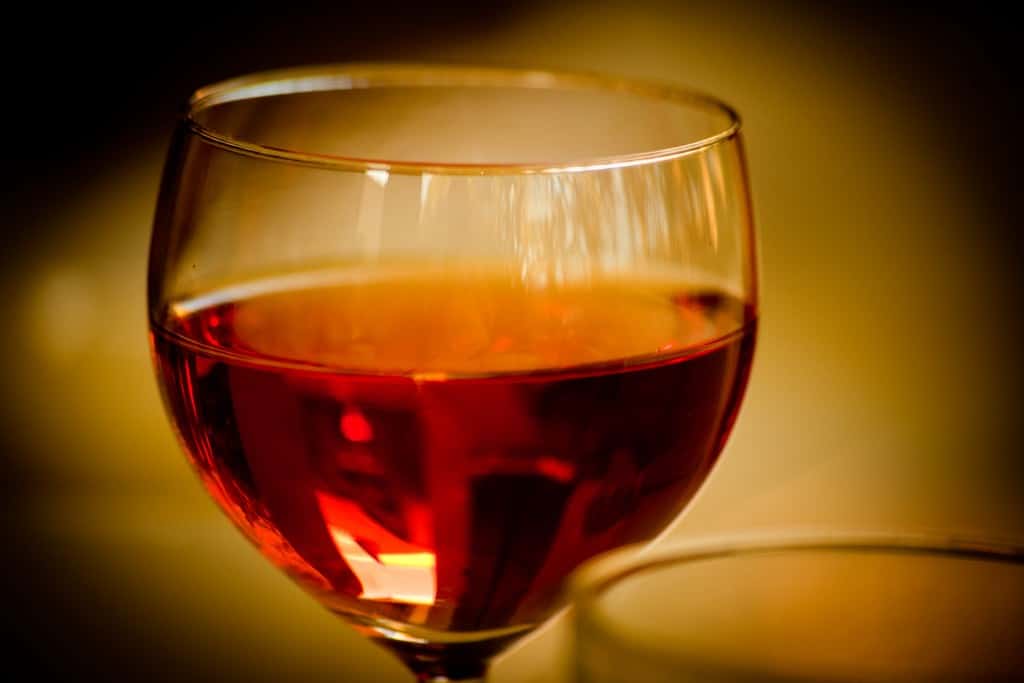 All of Sine Qua Non’s wines are rare, but 1995 Queen of Hearts is especially rare due to its limited 25-case release. Photo Credit: Flickr CC user Jeremy Atkinson

Few things will make you feel more privileged than drinking a wine that isn’t officially on the market. I once had the chance to try a homegrown wine that a friend of my family made purely for his own entertainment, and even though it was a bit syrupy, it had a ton of character, and I felt truly honored to be drinking it. Sine Qua Non’s 1995 Queen of Hearts rosé will give you this same humbling reaction, only tenfold. This is a “homegrown” wine that the winemakers originally wanted to save for a handful of relatives and close friends. The fact that any bottles of it exist on the market at all is a small miracle. Drinking a unicorn wine like this puts you in an ultra-elite class of collectors–you’ll be one of a handful of people who have ever owned a bottle.

It’s difficult enough to get on Sine Qua Non’s elusive mailing list, since spots are limited and the waitlist is thousands of people deep; it can take as long as 10 years or more to clear the waitlist. However, not even the privileged mailing list members got the chance to try the 1995 Queen of Hearts. At the time, Sine Qua Non had never made a rosé vintage, and because it was their first effort, they decided only to give the wine away to friends and family, rather than release it on the mass market. In addition, they only made 25 cases (about 300 bottles), which would have been difficult to distribute to their mailing list subscribers without playing favorites.

So, how did a wine that was never meant to be released end up on the market anyway? Sine Qua Non’s Manfred Krankl told a journalist, “A good portion of it we gave away to friends and associates, and lo and behold, some of these ‘friends’ went about and sold their gifts.” I can’t say that I necessarily blame them; Sine Qua Non’s most famous labels, particularly their Syrah, usually sell for thousands of dollars per bottle, and since the estate never makes the same wine twice, these bottles almost always increase significantly in value the longer a collector keeps them in storage. One bottle of the 1995 Queen of Hearts recently sold at auction for $37,200, and it is thought to be the most expensive bottle of rosé ever sold. Some sellers are already getting close to breaking that record, charging as much as $90,800 per bottle. Knowing this, for many people selling one of these exclusive bottles would be too tempting to resist.

Should You Drink It?

While sales data is important, Sine Qua Non’s 1995 Queen of Hearts has been described by collectors as a work of art that should be appreciated beyond its market value. Unfortunately, there isn’t a great deal of information available about how Queen of Hearts tastes, since the wine is often considered too rare to drink. One wine enthusiast on Reddit said, “If there’s anyone out there actually drinking the Queen of Hearts/Spades, they’re certifiably insane.” Krankl himself has said that he hasn’t sampled this wine personally in years, and that he still owns one unopened bottle.

Usually, I recommend drinking almost any wine, no matter how rare, if you don’t plan on reselling it later. Wine is, after all, meant to be drunk. However, if you get your hands on a bottle of 1995 Queen of Hearts, you’ll likely be happier with your investment if you treat it as an artistic display piece rather than a consumable wine. To start with, it was the first rosé that the estate made, and they were still experimenting with the blend. If you’re looking for an excellent drinker, you can get beautiful recent vintages like 2009 Packin’ Rosy or 2008 The Pontiff that have been slowly perfected over the past two decades. These recent vintages are well worth drinking, and although they are rare relative to most wines on the market, they’re not impossibly rare like the Queen of Hearts. Moreover, rosé doesn’t age as well as reds do, so it’s not guaranteed that 1995 Queen of Hearts will still taste as it was meant to.

How to Invest in the Queen of Hearts

First, consider how much you are willing to spend to obtain a rare work of art. If you would easily spend $50,000 on a one-of-a-kind piece from a famous artist, or if you simply want to complete your Sine Qua Non collection, this wine may be worth your time (and money). Any bottle selling for less than $50,000 is a fantastic deal, and you can even get close to $70,000 and still find the investment worthwhile. However, some retailers are currently charging almost $100,000 for this wine, even though recent auctions have successfully sold the wine for less than half of this price. As of this moment, based on recent auction sales, $100,000 per bottle is a bit steep, and you might not see an immediate return on your investment when you decide to resell. That said, if you plan on keeping the wine for the next 10 years or more, you might see a significant increase in value that would make the $100,000 initial investment worthwhile.

I recommend being patient. Just because this is a rare unicorn wine doesn’t mean you’re obligated to buy the first bottle you see on the market. Instead, pay close attention to any auctions you see over the next few years and only invest when you can verify provenance and get the wine for a reasonable price. Sine Qua Non will likely continue to be one of the biggest names in cult wine over the next decade, which means you have plenty of time to savor the experience of shopping for this iconic unicorn.