Should Wine Critics Rate a Corked Wine? The Ethics of Wine Reviews 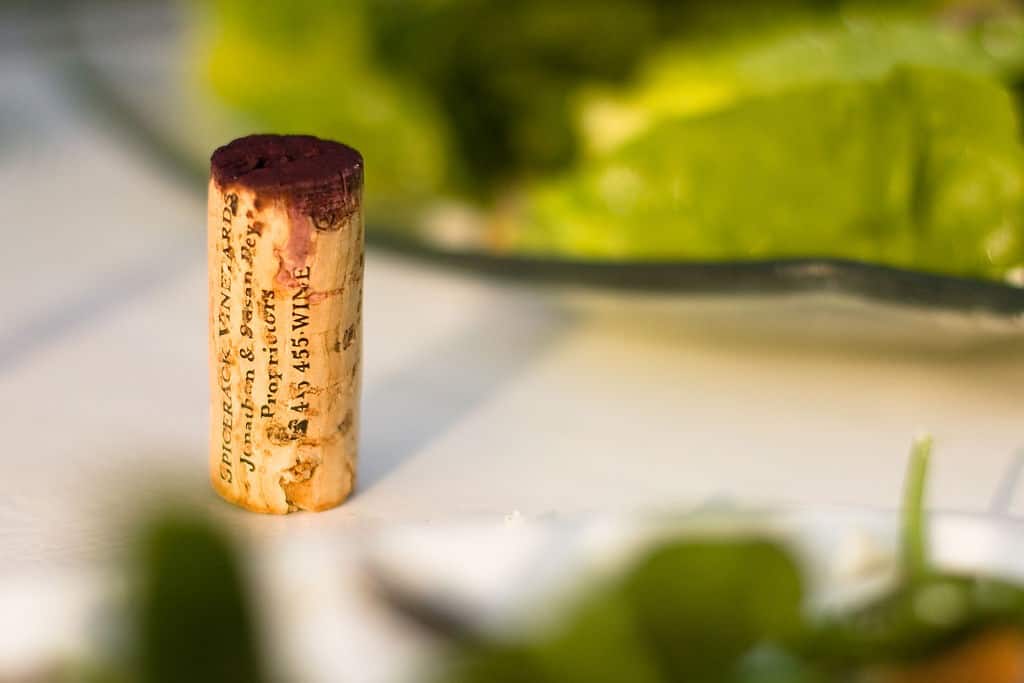 You can’t fairly rate a corked wine because the unpleasant flavor usually negatively impacts all of the other flavors normally found in the wine. Photo Credit: Wikipedia CC user Angelo DeSantis

Wine seller John Kapon recently reviewed two DRC jeroboams, giving the 1999 vintage a high score of 96. There was just one problem: the wine was corked. Kapon admitted this in his review, but claimed he could taste around the flaw. He wrote, “The quality of the raw materials was clear, present, and dangerous.” But can a reviewer actually taste around a corked wine like this? More importantly, is it ethical for a critic to rate a corked wine with a score as high as 96? Understanding the ethics behind reviewing a flawed wine will help you make informed decisions and avoid untrustworthy sources of information.

Kapon is no stranger to ethical issues. In the past, he has been accused of helping convicted wine fraud Rudy Kurniawan, and as a result, many collectors are suspicious of anything he has to say about wine. However, not all collectors are aware of a reviewer’s history, skill, or experience level. They trust reviewers to give them honest information about the wine sitting in front of them. Without reliable and honest critic scores, it’s difficult for collectors to invest confidently in new vintages because they usually can’t taste the wine themselves before they buy it. This is why you need to proceed with caution when it comes to taking the word of a reviewer on the quality of a vintage, and this is especially true when a critic is willing to review–and rate–a flawed wine.

An ethical reviewer will be motivated to be as honest and true to the wine as possible, rather than being motivated by how many bottles they hope the review will help them sell. Generally, I read reviews by auctioneers, sellers, and winemakers differently than reviews by trusted journalists or fellow collectors. That’s because the former group has an interest in reviewing some wines positively in order to sell more, whereas the latter group has little motive for padding a wine’s score. While both groups can give you great, reliable information, you should always keep in mind their reasons for writing their reviews.

In my opinion, it has become more difficult to find honest wine reviews in recent years, especially in cases where reviewers rate a corked wine. It’s not really possible to taste around a serious flaw like TCA (cork taint) because it can impact every other flavor in the wine. The most ethical thing to do in this situation is to simply say that the wine was corked, and leave it at that. Reviewers with honest motivations will either decide not to review the wine at all once they discover it’s corked, or they will write an honest review, even if that review is negative. As long as reviewers speak honestly about what they find in the wine (without assuming which flavors should be there or reviewing an imaginary, unflawed version of the wine), they’re ethically in the right.

Review More Than Once

Although it’s not unethical to review a corked wine negatively, doing so isn’t always fair to the winemaker. Cork taint, heat damage, and other flaws aren’t necessarily the winemaker’s fault, and it would be unfair to dismiss an entire vintage outright just because one bottle out of thousands happened to have a flaw. Take Kapon’s DRC review, for instance. DRC is one of the most consistent producers in Burgundy, and the vast majority of their wines earn high scores. The 1999 in particular is rated in the upper 90s among a wide range of critics, the vast majority of whom sampled wines that weren’t corked. If Kapon gave the wine a low score, he wouldn’t be giving collectors valuable information because most of these wines are indeed worth the investment. To get around this issue, reviewers who encounter a flawed wine should try another bottle from that vintage whenever possible. In Kapon’s case, it’s quite difficult to come by another 1999 jeroboam, so this wasn’t necessarily an option.

If a reviewer comes across a corked wine and can’t easily try another bottle from the vintage, the most reasonable thing to do is to acknowledge that the wine was corked, but avoid giving it a numbered score. This is where Kapon’s review went wrong. The problem with scoring a corked wine is that collectors often average multiple scores to decide on the quality of a particular vintage as a whole. If you score a corked wine in the upper 90s, you risk unfairly padding the average score since you didn’t taste the wine as it truly is, and if you score it low (in the 50s or 60s), you risk lowering the average score when it should have been much higher. No matter what numbered score you assign a corked wine, you are making a judgment not only on the bottle’s overall quality, but the quality of the entire vintage.

Alternatively, talking about the technical details of the vintage, like harvest dates and number of cases made, is perfectly acceptable. Reviewers can even write in detail about the flavors they tasted in the wine, as long as they’re not making up flavors that weren’t there based on what they felt the wine should have tasted like. When you identify the reviewers who speak honestly about the flaws and flavors they found in the wine, and who try to sample as many bottles as possible, you’re more likely to get the quality information you need.

Image by Angelo DeSantis from Berkeley, US (wine cork Uploaded by AVIA BavARia) [CC BY 2.0 (http://creativecommons.org/licenses/by/2.0)], via Wikimedia Commons

What Assets To Buy During a Recession: Consider Fine Wine | Vinfolio
October 18, 2022
Go to Top