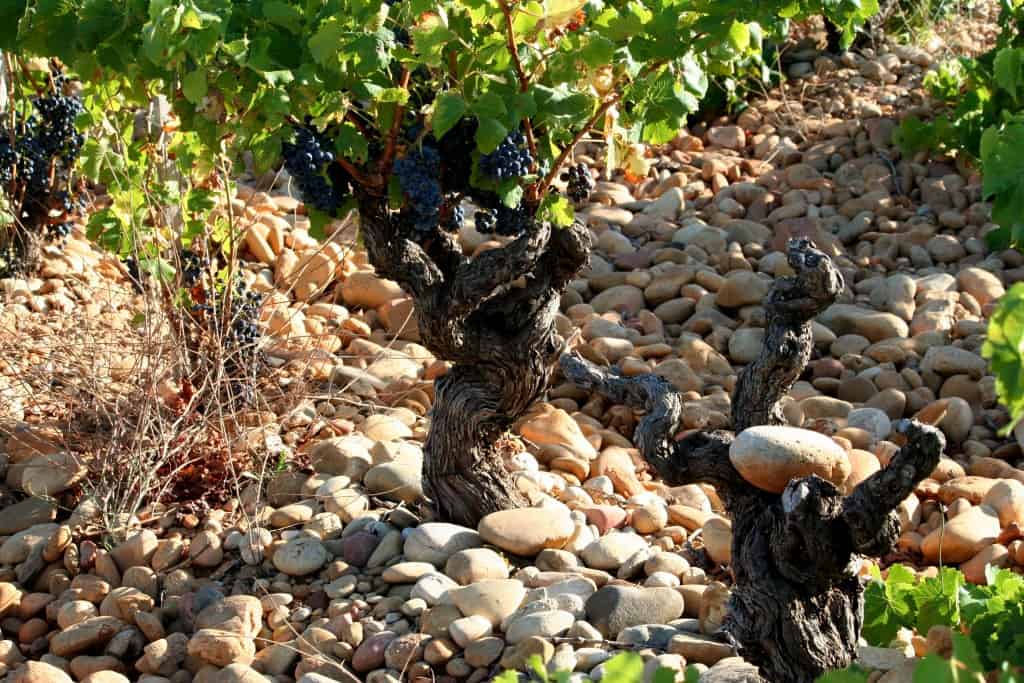 2010 Pegau was made with Grenache grapes grown on 100-year-old vines, which added to the complexity of the vintage. Photo Credit: Wikipedia CC user Megan Mallen

I often take for granted the fact that I am a relatively young collector. When I see that a wine will last 30 or more years in a cellar, I’m giddy with excitement; I know I’ll get to see that wine evolve completely and reach peak maturity. However, older collectors view these long-lived wines differently. Robert Parker says that as he has gotten older, he “can no longer buy a young Bordeaux and wait 20 to 25 years for all the elements to come into perfect harmony.” That’s part of the reason why Parker and many other famous critics are choosing young Chateauneuf du Pape instead. These wines can age just as long as Bordeaux, yet they still remain approachable in their youth. The 2010 Pegau Chateauneuf du Pape Cuvee da Capo in particular expresses these qualities perfectly, making it an ideal investment for young and old collectors alike.

Acidity and high alcohol by volume are the secrets to Chateauneuf du Pape’s stamina. This southern Rhone blend contains at least 14 percent ABV, and only a small amount of residual sugar. The consistent heat in Rhone makes full phenolic ripening easy, but what truly sets producers like Pegau apart from wine grown in other appellations are the strong wind gusts that hit the vines each year. These winds cool the grapes off, even in the unrelenting Rhone sun; the result is a wine that has plenty of alcohol and touches of sweetness from the heat, but that overall has a bitingly strong acidity that can carry it through its 20th and even 30th birthday.

My favorite part of collecting wine is getting to taste its flavor evolution. The fact that Chateauneuf du Pape is perfectly drinkable early in its life can sometimes be a bad thing when it means I have less motivation to wait before consuming it. This Pegau vintage strikes a good balance. When Robert Parker tasted the 2010, he noted that it’s drinkable now, but could use a few more years in a cellar to truly open up. Unlike fine Bordeaux or Burgundy, you won’t have to wait 20 years for 2010 Pegau to settle into its flavors, yet you still get the satisfaction of watching this vintage evolve in the short term. In as little as five years, a vintage like 2010 Pegau can reach its true potential, becoming even more opulent and elegant, which is why I recommend holding onto 2010 Pegau for another five years, minimum.

Only Made in the Finest Years

Not all Chateauneuf du Pape is created equal, and quality varies greatly among sister wines on the same estate. Pegau crafts a wide range of labels, but the highest-quality label is its Chateauneuf du Pape Cuvee da Capo. This special edition label is only made in the best years, and so far, Pegau has limited its release to 1998, 2000, 2003, 2007, and 2010. Out of these five vintages, critics often describe 2010 as the most complete, since it is made up of 85 percent Grenache, with the balance being a mix of Syrah and other grapes. Typically, Pegau’s Grenache grapes are the best in the vineyard because they grow on 100-year-old vines–giving wines made from these grapes more complexity of flavor and therefore higher cellaring potential. With the 2010 made mostly from these grapes, it’s no wonder the vintage is so good.

Why Chateauneuf du Pape Is a Solid Investment

There are three reasons why you should invest in 2010 Pegau Cuvee da Capo: rarity, vintage reputation, and budding market trends. The vast majority of Chateauneuf du Pape isn’t rare by any stretch of the imagination, yet Pegau’s Cuvee da Capo is the exception to the rule due to its reliance on ancient, low-yield vines. The estate produces only about 500 cases of this label, and so far only five vintages have ever been released. The longer this bottle sits in your cellar, the rarer it will become and the greater likelihood you’ll be able to turn it for a profit later. Right now, these bottles sell for about $300 to $350 on the market, and older vintages like the 1998 are selling for almost twice as much.

In addition, market trends are starting to favor Chateauneuf du Pape overall. In the past, some drinkers were turned off by the heavy brettanomyces flavors in these wines, but today, more drinkers are learning to love that Rhone yeast. Pegau is a bridge between brett lovers and those who can’t stand this “barnyard” quality; Pegau has some subtle funkiness that comes with the terroir, yet it has plenty of other fruit-driven flavors that downplay the yeasty funk. The 2010 vintage is fresher and cleaner than many other Rhone wines of the past decade, and it’s the ideal introductory vintage for the region as a whole. If you want to invest in any Chateauneuf du Pape, not just Pegau, bottles from 2010 should be your first choice.