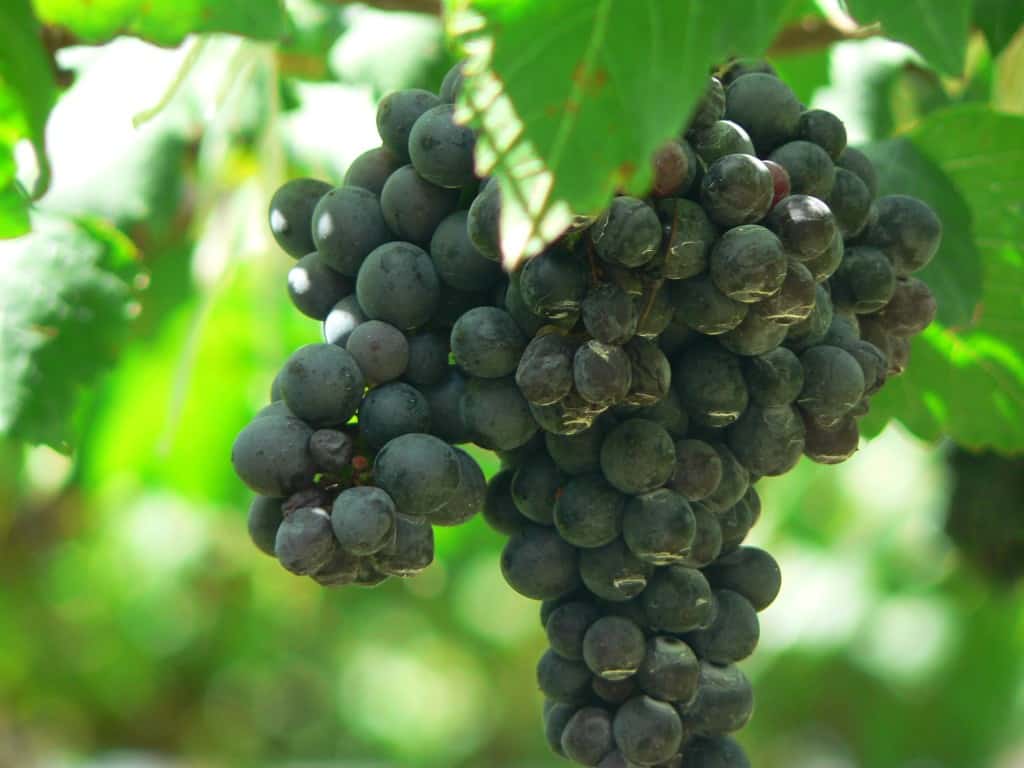 Today’s Cote-Rotie is made with bold Syrah, but 1991 Gentaz-Dervieux was made with the more aromatic Serine grape, a relative of Syrah. Photo Credit: Wikipedia CC user Chrisada Sookdhis

You might have better luck finding a real unicorn than you will locating an authentic bottle of 1991 Gentaz-Dervieux. With high ratings and an extremely limited number of bottles left worldwide, this is one of the most sought-after Rhone Cote-Rotie bottles on the market. Its rarity alone is enough to make any serious collector take notice, but what makes this vintage truly stand out is that it’s a living time capsule. Northern Rhone of the past used to be balanced and almost reserved in flavor, and Cote-Rotie in particular was famous for minerality and light fruitiness. The appellation doesn’t make wines like 1991 Gentaz-Dervieux anymore, favoring stronger oak and headier fruit flavors. If you want a taste of the wine that originally put Cote-Rotie on the map, seek out this legendary Gentaz-Dervieux vintage.

A Hallmark of Traditional Cote-Rotie

Why did Cote-Rotie change its winemaking style so dramatically within the past few decades? To start, the region was competing with Hermitage, which had plenty of tannin, deep colors, and opulent flavors. By contrast, Cote-Rotie was a more elegant, subtle region, which at the time was not a benefit on the market. Collectors wanted more powerful wines, so in order to meet demand, many Cote-Rotie producers started using more oak barreling and increasing yields to create a bolder, more modern wine. However, as we have seen with 1991 Gentaz-Dervieux, these new techniques didn’t always outshine tradition. In 1991, grape quality reached legendary status for traditional Cote-Rotie due to ideal weather conditions. The quality far surpassed Hermitage Syrah that year, and to this day, any 1991 Cote-Rotie is considered a collector’s goldmine.

Few collectors have ever had an opportunity to taste a 1991 Gentaz-Dervieux, and those who do often say that they wish the appellation would go back to making wines in this style. Wine Berserkers forum member Todd Tucker says he had always envied collectors who got a chance to sample Gentaz-Dervieux. One night, Tucker went to a friend’s house for dinner, and noticed that his friend had brought out a bottle of Cote-Rotie for them to try. Though his friend didn’t realize it at first, the wine was a bottle of 1991 Gentaz-Dervieux. The wine was perfectly aromatic, full of subtle dark berry, and had a Burgundy-style minerality that gave it even more depth. In response to Tucker’s tasting note, forum member John Morris said, “You’re a lucky man. That was Cote-Rotie as it once was. There isn’t much made like that now.”

The 1991 is rare for three reasons: bottles are limited, the winery’s primary winemaker has long-since retired, and it’s made from an exceptionally rare grape. In 2007, experts suspected that there were fewer than 50 bottles of 1991 Gentaz-Dervieux left worldwide. That number is likely lower today. This isn’t that surprising, considering that traditional Cote-Rotie had limited yields, and Gentaz-Dervieux in particular made anywhere from 600 to 800 cases total every year. The 1991 vintage was also one of the last made by original winemaker Marius Gentaz, who retired in 1993. You won’t find the Gentaz-Dervieux name on any new vintages, since Marius’ son-in-law Rene Rostaing integrated the vines into his own estate.

The 1991 is also one of the last living examples of Serine, which is a type of Syrah grown primarily in Cote-Rotie. These two grapes likely shared the same ancestor, but Serine is far more aromatic, with smaller berries and greater finesse. It also has smokier flavors that many critics describe as tasting like “bacon fat.” Despite its delicious flavors, Serine is a rarity on the market because it is so difficult to grow. It frequently suffers from disease, which is why most winemakers have to replant it every 30 years. The vines also only produce a handful of grapes compared to average Syrah vines, which means lower yields for the effort. In short, Serine became more work than most winemakers could handle, which is part of reason why Syrah wines have replaced traditional Serine wines in recent years.

How to Invest in Gentaz-Dervieux

Like most unicorn wines, the ideal time to invest in 1991 Gentaz-Dervieux would have been decades ago, when the wine was still relatively plentiful and inexpensive. However, you still have an opportunity to try this wine for yourself. If you find a bottle on the market, your first step is to have it authenticated by an expert. Since this is a rare, exciting wine, fraudulent wines are common on the market. You will know immediately after taking your first sip whether the bottle is the real deal, since it’s unlike any modern Cote-Rotie you will taste.

Once you’ve confirmed its authenticity, plan on spending anywhere from $1,500 to $2,000 per bottle. Over the next five years, you might get as much as $1,000 more for the bottle after selling it on the secondary market (should the bottle continue to increase in value at the same rate). However, this is one of the few bottles I would recommend drinking rather than reselling. It’s approaching the end of its drinkable life already, and this might be your last chance to sample Cote-Rotie’s past. That once-in-a-lifetime experience is priceless.