I Say “Leather,” You Say “Tannins”: How to Find Common Ground in Weird Wine Tasting Notes 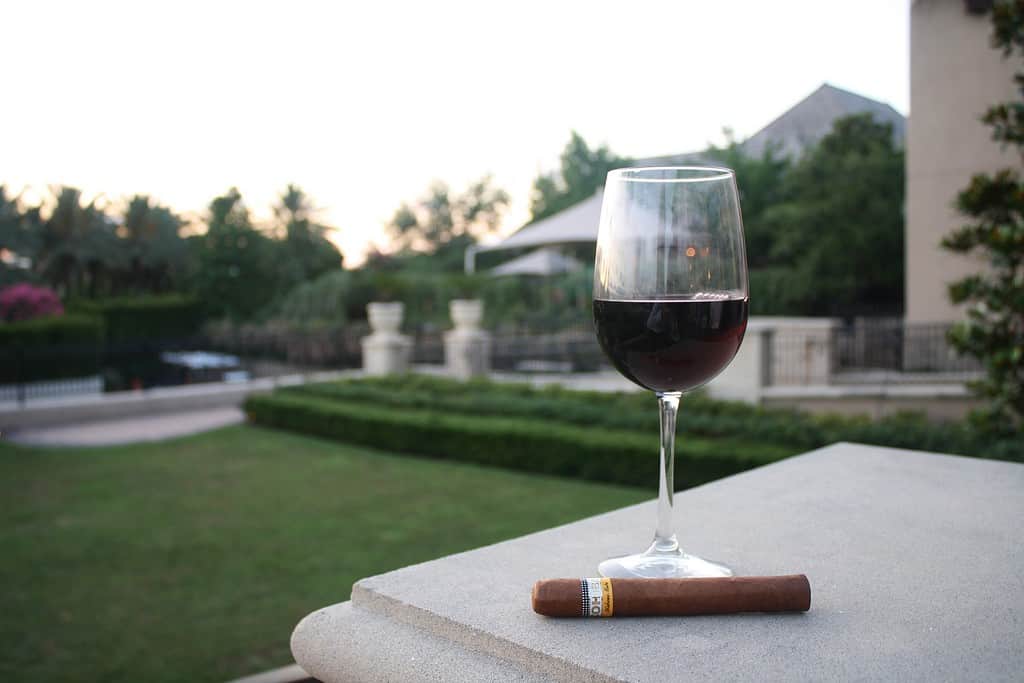 I once stayed at a Washington winery with a couple of friends who were chefs on the estate. We were wandering in the on-campus garden one day when my friend said, “I hate the smell of sage. It reminds me of cat pee.” I laughed at first, but he was serious. He said, “Smell that sage bush over there and think about the smell of cat pee.” Sure enough, he was right. Almost a year later, I was tasting Sauvignon Blanc with another friend, and he swore the wine tasted exactly like cat pee. Remembering my experience at the winery garden, I tried the wine and pictured the taste of sage instead. On my palate, the wine was herbaceous and sage-like, yet my friend was not convinced–he couldn’t get past the cat urine aroma.

Many professional tasting notes are like this; one critic will describe a light red wine as “cherry-like,” whereas another might use the term “bitter almond.” They’re both hinting at the same quality (bitterly acidic, but pleasantly so), they’re just using different flavors to describe that sensation. Learn how to find common ground in weird wine tasting notes to pick out the perfect bottle for your collection.

However, while all of these descriptions appear different, when combined, they paint a clear picture of this wine’s character. Many of the critics found some floral notes in the wine, which suggest perfumed aromatics. The licorice and camphor descriptors might refer to the wine’s menthol, fennel-like quality. The tar, tobacco, and leather all point toward a wine that is on the savory side, rather than fruit-driven. In short, all of the critics found that the wine had a floral, menthol freshness on the nose, with a meaty, savory quality on the tongue.

Knowing that critics use different descriptions to say the same thing means you can translate some of the weird wine tasting notes you might encounter in a review into more consistent, concrete ideas. Even if you’ve never personally experienced one of these flavors before, you can find the flavor’s equivalent and spot it in the wine yourself. Here are a few other combination categories that you can use to translate tasting notes between critics:

Both of these flavors share common ground in their tangy, slightly funky aromas–some people compare it to earwax. This quality comes from the compound p-Mentha-8-Thiol-3-One, which is very common in New Zealand Sauvignon Blanc.

Generally, any tobacco or smoke flavors will come from oak aging, and they’re most common in Bordeaux blends. The oak gives the wine a slightly woody aroma that many critics will describe as cigar-like, smokey, or tobacco-like.

Camphor, licorice, and eucalyptus all have the same quality: a bracing menthol aroma. Any wine that smells a bit like a cough drop will have one of these descriptions. Eucalyptus is usually used to describe minty wines that taste fresher and greener, whereas licorice is used to describe a subtler, sweeter version of this sensation.

First Growth Bordeaux like Haut-Brion is often described as tasting or smelling like a “forest floor.” However, that same wine will be portrayed by another critic as “mushroom-heavy.” Both are naming the same thing: an earthy, umami flavor profile that is highly savory. Sometimes, “forest floor” will be used to talk about the complexity of the wine’s earthy flavors.

When a critic tastes leather in a wine, he is almost always talking about the tannins. This makes sense, since the same tannins in wine are also used to tan leather. In reality, leather smells like bold red wine, not the other way around.

When critics want to describe that slightly green, steely flavor of some red wines, they often use either the terms “wet gravel” or “green pepper.” Like cat urine and sage, these two entirely different objects smell a lot alike. I’ve found that critics will use green pepper if the wine tastes relatively fresh and young, whereas they will use wet gravel more often for an older wine.

Read Between the Lines

When you read a tasting note, it’s important to look at the hidden meaning behind every descriptor. Our palates are subjective; if one critic hates the taste of fennel, he might avoid using descriptors like “licorice” to talk about a wine he loves. He might use “eucalyptus” to describe that menthol-like flavor instead.

First, make a list of every descriptor that each critic uses for a particular wine. Next, circle any flavors that you can immediately identify as similar, and group them into categories. For instance, group all of the floral notes together, then all of the dark fruits, then all of the savory notes. If you’re left with a few descriptors that don’t seem to match, think about their overall flavor qualities. Are they sweet, or savory? Do they have a strong scent? Do they have a sensation of spice or menthol? By the end of this process, you should be able to match up nearly all of the descriptors and have a solid idea of what that wine tastes like. This will ensure that you only buy the wines that will make your own mouth water.