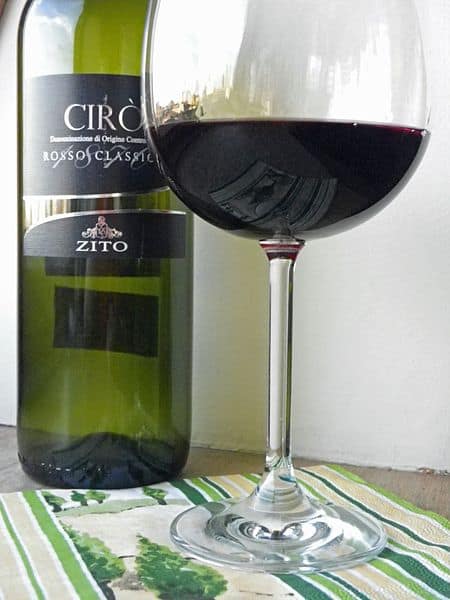 Calabria is a forgotten Italian wine region that makes one of the oldest wines in the world, Ciro. Photo Credit: Wikipedia CC user Bonvol

When my ancestors moved from Italy to the United States decades ago, they did so in turmoil: phylloxera had taken over their vineyards and destroyed the grapevines they worked so hard to cultivate. They were forced to abandon their vines and make a new life in the United States as orchardists. Unfortunately, the small village of Aprigliano (where they grew their grapes) has never quite recovered from the initial phylloxera damage, since many of the current residents can’t afford to replant the vines. You’ll find similar stories across Italy–once-promising regions are abandoned or forgotten in response to hardship. However, not all of these stories have unhappy endings. There are at least three forgotten Italian wine regions that are poised for a comeback in the next few decades, and they’re worth a space in your cellar now.

Why Are Lesser-Known Regions Important?

Why should you invest in lesser-known Italian wine regions when better-known wines like Super Tuscans are already selling well among collectors? To start, ignoring lesser-known Italian regions means ignoring spectacular regional wines that you can’t find anywhere else on the planet. Casual collectors who own fewer than 100 bottles might stick with classics like red Bordeaux or a Bordeaux-style Super Tuscan, but when you make the transition to serious collector, you should diversify your cellar. We all get tired of drinking the same wines over and over, and diversifying is an opportunity to become knowledgeable about an underappreciated region.

Calabria Has History on Its Side

Calabria was once one of the top wine regions in the world, however, because it is located in the boot of Italy, the more northerly Bordeaux soon replaced it in popularity. Bordeaux could ship wine to major European distributors more easily and cheaply, which impacted the Calabrian market. In the late 19th century, phylloxera further impacted the wine industry, and it was soon virtually abandoned. By 2010, only 75,000 acres of vineyards remained in the entire region.

Although it lost favor on the market, the region never lost its signature climate. It has a textbook Mediterranean temperament, with cooling coastal winds and hot summer afternoons. Experts believe that this region will grow more Cabernet Sauvignon and Chardonnay in the future, since its climate is ideal for these grapes.

By far its best regional vintage is Ciro, an ancient wine that was supposedly served at the first Olympics in ancient Greece. Made from the Gaglioppo grape, it’s light-colored, yet rich and spicy. People often assume the wine is lighter than it actually tastes. I recommend investing in this wine if you’re looking for a fascinating, drinkable vintage made in low quantities. It might not cellar for much longer than a few years, but it makes up for its short life in rarity and pure flavor. It’s history in a bottle.

Unlike Calabria, Abruzzo never really had a fall from grace. It’s the fifth largest wine producer in Italy, yet despite its consistency, it often gets overshadowed by Tuscany and Piedmont on the market. While I love a good bottle of Barolo, I’ve found that the meatiness of Abruzzo’s red wines can often be just as, if not more, compelling. The area’s three main regional wines are Montepulciano, Pecorino, and Trebbiano Abruzzese, yet my personal favorite is Montepulciano d’Abruzzo. This wine looks like licorice in a glass, with strong pepper notes. What’s interesting about this wine is its aging potential, especially when you shop with top producers like Illuminati.

I usually drink these wines young, but a few years back, I found a 10-year-old bottle in a wine shop. I was shocked to find that the wine tasted just as youthful and spicy as a wine half its age. The obvious caveat is that, although these wines age well, sometimes they lack the tertiary flavor development that usually occurs in an older wine. In other words, they’re often just as good today as they will be 10 years from now. This is a minor problem, especially if you’re looking for a wine to keep in your cellar that you can store and forget. This is one of my go-to drinking wines because I never have to worry about spoilage.

Apulia Is Ideal for Zinfandel Lovers

In my opinion, Italy is woefully underrated for its rosé and Zinfandel-style grapes. Perhaps no Italian wine region proves that better than the up-and-coming Apulia (sometimes called Puglia). In the past, this region was all about production, pumping out high-alcohol wines for blends; as a result, quality suffered. By the 20th Century, the wine world became more demanding, preferring high-quality grapes over large-scale production. Apulia evolved with the times, crafting stricter DOC regulations and cracking down on grape quality. Like Calabria, Apulia is located in the southernmost, warmest part of Italy, which means it has the potential for growing concentrated, inky wines that rival California.

One example of particular interest to collectors is Apulia’s version of Zinfandel, Primitivo. Experts suspect that Zinfandel originated from grapes like Primitivo, and because these grapes are grown in their natural habitat, they take on a concentrated set of flavors usually found only among the top producers in California. You can get top-tier Primitivo from this region at a fraction of the cost of a similar wine in the New World, which is a benefit for collectors looking for a great market deal. When you think outside of the Tuscan box with regions like Apulia, Abruzzo, and Calabria, you get a more diverse cellar, as well as high-quality wines at a superb value.