Hidden Gem of the Month: 2007 Valdicava Brunello Is an Age-Worthy Tuscan Masterpiece 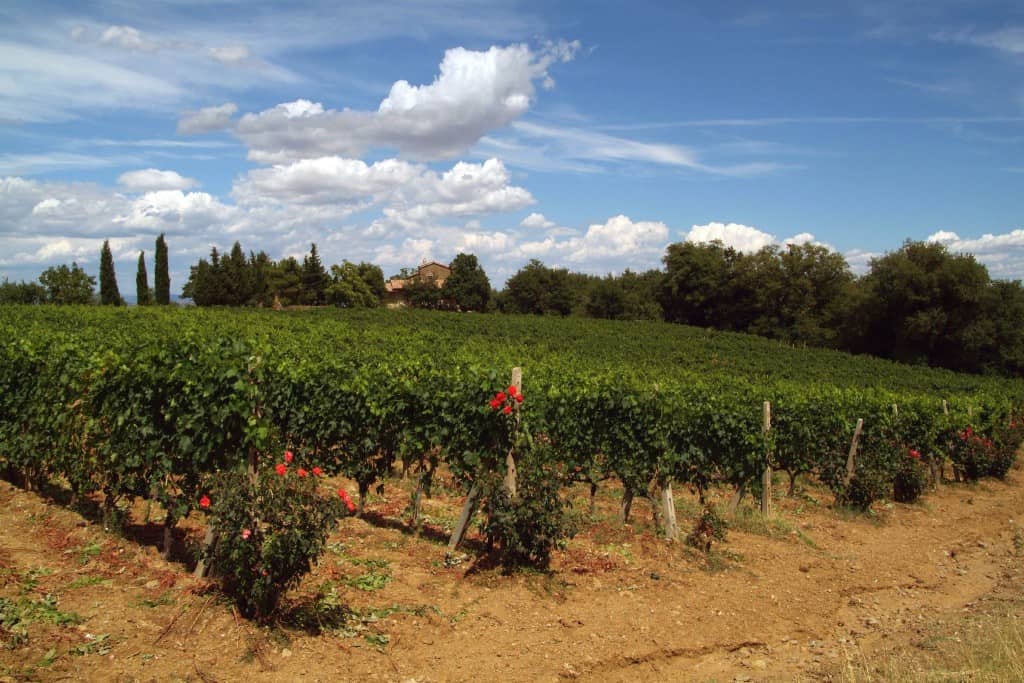 2007 Valdicava Brunello is grown in the Montalcino region of Tuscany, known for producing the best Sangiovese grapes in the world. Image source: Wikimedia CC user Giovanni

Brunello di Montalcino is the crowning jewel of Italy’s Sangiovese grape, capable of lasting as long as 20 years in a cellar without much effort. Yet when the weather, the winemakers, and the cellar conditions are just right, Brunello can exceed this lifespan by an additional 10 or even 20 years; it’s a rare feat, but I’ve seen it happen. I’ve come across dust-covered bottles of this wine that haven’t been touched for decades and that still taste as though they could use a couple more years to develop. The 2007 Valdicava Brunello is one of these rare Sangiovese wines.

Why Is Valdicava So Age-Worthy?

The 2007 Valdicava Brunello di Montalcino Madonna del Piano Riserva has two things going for it: a genius winemaker and a rich history. Since the 1950s, Valdicava became famous in Tuscany for producing wines that aged longer than most others on the market. The mixed clay, sand, and Galestro soils (a uniquely Italian mix of loose marl and limestone) gave Valdicava’s winemakers more than one option when it came to planting their rootstock; come harvest, they were able to pluck only the ripest grapes grown in the type of soil that was best-suited for the weather.

When Vincenzo Abbruzzese took over as lead winemaker in 1987, he noticed that the vines were producing age-worthy grapes, but that the wine itself was too intense and bracing in its youth, which negatively impacted its drinkability. Vincenzo wanted to create a wine that would age for decades and that collectors could still drink young. Between 1990 and 1998, he started using biodynamic winemaking practices, cutting down on harmful chemical pesticides and forbidding green harvests (which traumatized the vines). He slowly trained the vines to naturally produce less fruit, increasing the overall health of the remaining grapes. The fruit now had plenty of room to grow to its fullest.

Bringing Brunello into the 21st Century

Valdicava of the 1990s became more balanced and drinkable, yet the real turning point was in 1999, when the winery used fully-ripened grapes gave the wine a more fruit-forward style. The 2007 Valdicava is the perfect example of Vincenzo Abbruzzese’s three winemaking cornerstones: ageability, rustic Brunello flavors that rely on natural terroir, and a fruit-forward palate that appeals to a wider range of drinkers than traditional Brunello. This vintage is ideal for collectors who ordinarily prefer to invest in California cult wines, or those who love the boldness of New World offerings in general. For this reason, the 2007 is a polarizing vintage for Italian wine collectors. Some critics claim that it veers too far from classical Sangiovese, replacing subtle, light flavors with bolder grapes. However, those who love Valdicava say that this is what makes the wine more valuable on the market and easier to drink.

I recommend the 2007 Valdicava Brunello over other vintages like the 2006 largely because it is smoother and fruitier in its youth without sacrificing ageability. The weather in Tuscany in 2007 was unusually hot, and the resulting wine was high in both acidity and alcohol. By comparison, the 2006 had a steadier, less eventful growing season, which resulted in wines with great balance, but less vibrancy than the 2007. The 2006 is also more tannic in its youth, which makes it harder to enjoy. Although you should wait another 10 years before opening 2007 Valdicava Brunello, if you open it now, you’ll still encounter a beautiful vintage that is surprisingly easy to drink for a young Brunello.

Wine Spectator’s Bruce Sanderson says that this wine will keep in a cellar up through 2035, if not longer. He explains that the wine is “well-proportioned and set for a long evolution.” Critic Antonio Galloni agrees, saying, “The style is rich and deeply textured, but the 2007, as outstanding as it is, needs at least a few more years in bottle.” I only recommend buying this wine if you’re willing to wait at least 10 years to drink it if you want to make the most out of its complex flavors.

Only 500 cases of the Madonna del Piano Riserva are made every year, on average, so case availability is often limited. If you can find a full case or even a partial case of this vintage, hold onto it for about a decade and slowly open the bottles one at a time. Let at least one or two years pass between bottles. This is a great vintage to track over the years, since its evolution into maturity will be crystal clear. Collectors who prefer to resell their bottles will also find value in 2007 Valdicava Brunello. Past vintages like the 2001 will usually sell anywhere from $100 to $200 when they first hit the market, and by the time they approach maturity, they can easily be worth as much as $700. The immense quality of the 2007, coupled with its lasting power, make it the ideal choice for investors. wine drinkers, and collectors alike.