Can Winemakers Fix an Unlucky Vintage? How 2012 Barolo is Overcoming Poor Odds 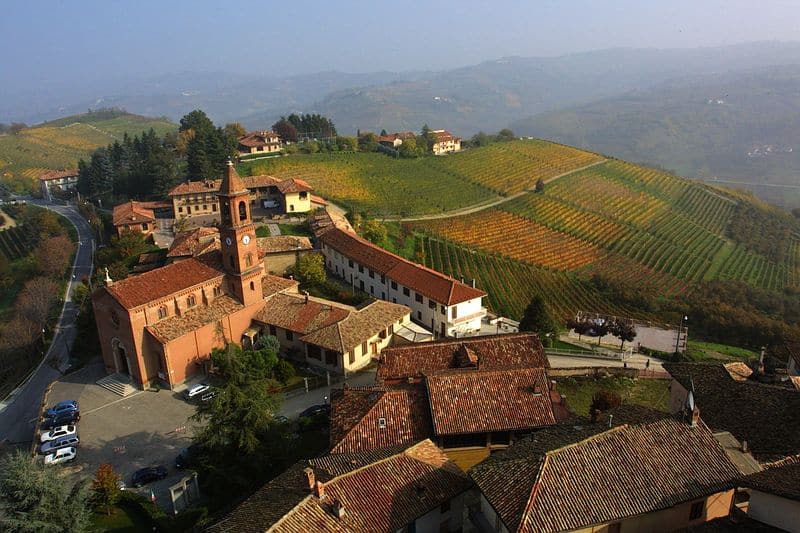 2012 Barolo was plagued by poor weather, however, many producers in Serralunga Valley managed to overcome these hardships. Photo Credit: Wikipedia CC user M^3

Barolo has long been one of my favorite wine styles of all time, so you can imagine my disappointment when I tried more than a few mediocre 2012 bottles this year. It’s not that these wines are awful, they simply don’t move me like Barolo usually does. Renowned Piedmont critic Gregory dal Piaz had the same experience that I did with this vintage. He explains that winemakers did the best that they could with the poor weather they were given, but ultimately, collectors should look past this effort and assess the wine for what it really is. He says the consumer “works equally diligently for their income and deserves straight talk, not recommendations mysteriously and implicitly weighted with regards to the context of the vintage.” As a case study, 2012 Barolo teaches us which problems a wine can actually overcome, and which problems simply can’t be fixed, no matter how much effort winemakers put forth.

What Happened in Barolo?

From the start, 2012 Barolo winemakers knew they had their work cut out for them. All the way up through June, the weather was chillier and wetter than usual, and by July, the rain had been replaced by scorching hot afternoons. Because of this sporadic weather, many of the wines in this vintage lack balance. They’re lower in alcohol than most Barolo, yet many aren’t ripe enough to balance out the low alcohol. They’re also less fruity and more tannic. However, despite their structured tannins, many of these wines don’t have enough complexity in their other flavors to be worth long-term aging. There are wines that are well worth your investment in this vintage, but you’ll need to know which winemakers had the most success battling with this difficult weather.

The winemakers who had the most success with 2012 Barolo were those who grew on well-drained soil in vineyards that happened to avoid some of the dreariest weather events. Part of this success is luck, part is the quality of the vineyard, and part is pure skill.

Winemakers who got lucky managed to avoid some of the hail storms that hit Novello in 2012. This is one aspect that no winemaker can completely overcome, as we’ve seen with the damage done in Burgundy this year from frost. If a storm hits, there’s often not much a winemaker can do but wait it out and hope for the best. For collectors, looking at the winemakers who got lucky is an essential tool to finding the best wine picks in a difficult vintage. For instance, with 2012 Barolo, I’ve found that the luckiest subregions that year were closer to the Serralunga Valley, in communes like Monforte d’Alba and Serralunga d’Alba, whereas many in the Central Valley, especially La Morra, dealt with more temperamental weather. To find the best producer, look at what the weather was like in specific vineyards, since it varied across Piedmont.

Quality of the Vineyard

In Monforte, Giacomo Conterno largely had great success with the 2012, producing a wine that was simple, but still delicious. This estate is famous for growing grapes on some of the finest vines, with ideal soil composition. Usually, grapes grown in Serralunga Valley, like Monforte, tend to be more powerful than those grown in the Central Valley, and the 2012 vintage is no exception.

Because of the cool temperatures and excess rain, many of the Central Valley’s aromatic, delicate wines became a bit too water-logged in 2012. The clay-based soil often can’t wick away moisture as well as Serralunga Valley’s limestone-rich soil. The result is that 2012 wines from the Serralunga Valley area have a better chance of cellaring long-term; the only caveat is that you need to choose vintages with balanced tannins–some of these wines became overly bitter from very intense tannins, and this is a problem that likely won’t get better with age. Read a few tasting notes before you invest heavily in 2012 Serralunga Valley wines.

A winemaker can’t control the weather and often has little control over where his vines are planted (unless he wants to uproot and move to a new, more expensive location). There are still a few techniques you can look for in a winemaker to help you decide which wine is worth buying in an unlucky or difficult vintage. The first, and most important, technique is when the winemaker decides to harvest. In a vintage like 2012 Barolo, poor weather meant that the grapes were weeks behind in their development. When this happens, winemakers are forced to take a gamble: do they harvest their grapes as normal to avoid more weather mishaps, or do they wait it out to let the grapes mature?

In 2012, most winemakers harvested in mid-October, which is slightly early for the region. However, waiting much longer to harvest would have put the grapes at risk of even colder weather and rain. The best winemakers took advantage of that autumn’s mild, dry weather, allowing their grapes to mature as much as possible in September and October. The winemakers who had the wisdom to wait while the weather was in their favor ended up with some of the ripest grapes, and as a result, their wines will have the most success in a cellar.

Looking at the whole picture, from luck to soil drainage to harvest dates, won’t always tell you whether a wine will be delicious, but it can point you in the right direction. Once you’ve narrowed down your search, you can then refine each bottle by tasting notes to end up with Barolo that will cellar well and reward your effort.