Hidden Gem of the Month: Looking for the Best Napa Valley Vintages? The 2013 Scarecrow Has It All 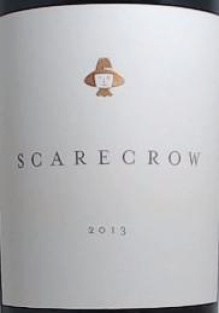 Scarecrow makes some of the best Napa Valley vintages in part because its grapes are grown on 70-year-old vines.

Wine critic Richard Jennings never understood the hype around California cult Cabernet. He admits that these wines are usually ultra-concentrated and flavorful, but, he says, “I also believe the great majority of wines in this category are hardly deserving of the stratospheric prices and disproportionate attention they have received over the years.” However, that was before Jennings tasted a vertical round of Scarecrow. The eight Scarecrow vintages he tried truly impressed him, and he walked away saying, “Yup, no question, this is darned good stuff.” Scarecrow has the power to change even the staunchest critics of “over-hyped cult wine” by producing bottles that are as valuable as they are well-structured and delicious. If you’ve thought about collecting cult wine, but you want a bottle that’s more than just hype, take a look at the 2013 Scarecrow.

The Secret to Success: Old Vines

What consistently makes Scarecrow one of the best Napa Valley producers? Its decades-old vines. By California standards, Scarecrow’s vines are downright ancient, with some vines approaching 70-years-old. The vines originated from St. George rootstock, and were cultivated by winemaker John Daniel Jr. and owner Joseph Cohn as early as 1945. The roots produced such fine grapes that other famous wineries happily bought up as much fruit as they could to make their own legendary wine. These grapes were sold into vintages of Opus One, Georges de Latour Private Reserve, Robert Mondavi Reserve, and Insignia, among others.

You won’t find many vines as old as these elsewhere in California. That’s because in the 1960s, most Napa Valley winemakers replanted their vineyards with a new, trendy, allegedly phylloxera-resistant Cabernet clone. It turned out that the clone wasn’t as phylloxera-resistant as wine experts thought, and these wineries soon realized that they had replanted perfectly healthy vines for nothing. Yet Joseph Cohn was one of the few who refused to replant his vines in the 1960s. This decision proved fruitful, and within a decade, Cohn owned some of the oldest and healthiest vines in California.

Today, Cohn’s grandson Brett Lopez owns the estate alongside Francis Ford Coppola, calling it “Scarecrow.” Their dedication to old vines even won over one of the best winemakers in Napa, Celia Welch, who dropped one of the clients she was working for to oversee the winemaking at Scarecrow. To this day, Welch calls Scarecrow’s fruit “magic grapes.”

Robert Parker says that only 1,000 cases of 2013 Scarecrow were ever made, which means it’s already a rare wine, even in its youth. The vintage’s price reflects this fact; the 2013 vintage costs as much as $1,250 per bottle, even though it’s one of Scarecrow’s newest releases. When you compare this to the 2009, which sells for about $600 per bottle, you’ll see that the 2013 costs about twice as much. Even though the 2013 will cost you more than many other Scarecrow vintages, it’s worth the extra price based on quality alone. Robert Parker gave the wine a perfect score, saying, “This great ballerina of a wine has extraordinary ripeness, but pulls back from the edge before going over the top.”

During the 2013 growing season, rainfall on the estate was low, and early bud breaks allowed the grapes to grow slowly and fully ripen through the summer. The fruit growth was so lush that Welch had to thin the crop out multiple times to encourage only the most concentrated grapes to fully ripen. The richness and complexity of the grapes were perfect early in the season, leading to an early harvest. Welch couldn’t have asked for more ideal weather.

Grapes from the estate’s 70-year-old vines make up at least some portion of every Scarecrow vintage, which adds to the wine’s complexity, but another reason to continue investing in these vintages is the careful tending of the wine after the grapes are harvested. Scarecrow puts its wine through 12 months in 90 percent new French oak before sending it off for another 10 months of barrel aging. From there, the wine spends nine months in bottles on the estate, and is tested before being released to the public. The 2013 might be a brand new release, but it’s already spent almost three years aging in carefully controlled conditions.

Scarecrow 2013 is one of the best Napa Valley vintages to invest in right now, and it’s expected to age well over the next 30 or more years. However, this wine isn’t the only Scarecrow vintage worth a space in your cellar; you may also want to give the 2012 Scarecrow a chance. The 2012 and 2013 vintages are neck and neck with each other in quality. Parker gave the 2012 a 98, but wrote he wouldn’t be surprised if it gets bumped up to a perfect score as it ages over the years. Nearly any vintage from Scarecrow is worth investing in because of the consistency Celia Welch brings to her winemaking. She strives to bring balance and complexity to every vintage, with an especially strong emphasis on aromatics. If you’re looking for a wine with an intense nose and the perfect interplay of flavors, Scarecrow is your ideal winery.