What Makes a Great Wine? The Kinds of Wine Reputation and When They Matter for Collectors 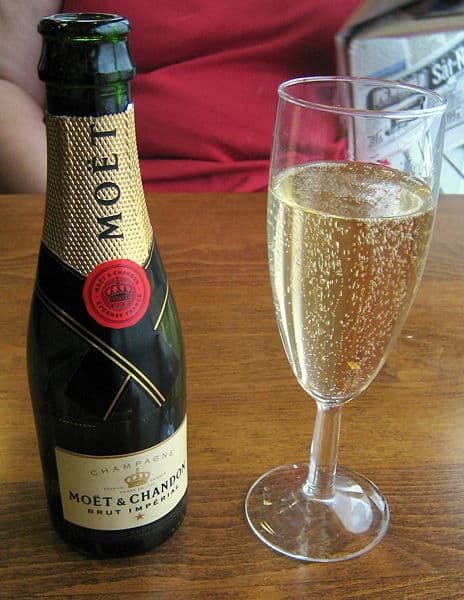 Producers like Moet & Chandon have earned a reputation for high-quality wine thanks to positive critic reviews and a market interest in Champagne vineyards. Photo Credit: Charles Haynes

You’re invited to a wine tasting, and the host sets two glasses of wine in front of you. After tasting them, you find that both are of equal quality, and you can’t decide which you prefer. That’s when your host reveals the wines’ origins: one is from the reputable Napa Valley and costs $120, while the other is a $60 bottle from one of Chile’s lesser known vineyards. Even though these two bottles might taste virtually identical, studies have shown that Napa Valley wines net double the price on the market compared to their Chilean peers. In this scenario, wine reputation is everything, and it often matters even more than taste itself. Although reputation clearly plays a major role in wine collecting, it’s not an easy term to define, and it’s even more difficult to know when reputation matters.

What Is a “Good Wine Reputation”?

You’ll come across three tiers of wine reputation when you shop online or at auction: regions, wineries, and vintages.

As we have seen with the Napa Valley and Chile study, a region’s reputation is often more important than all other factors, including the winery name and vintage. The youngest generation of wine drinkers, Millennials, are less brand-loyal on average than older generations, and as a result, we are seeing a greater emphasis on regional quality compared to winery status, especially among young collectors. Winery owner Bill Terlato explains, “They don’t like brands to market to them,” so they pay little attention to the name on the label.

In the past, you could call yourself a serious collector as soon as you bought your first bottle of DRC, or Lafite, or Moet & Chandon. Now, lesser-known cult wine producers are earning respect simply for producing wine in sought-after regions, like Champagne. The following regions are the most reputable among collectors today: California (specifically, Napa Valley and Sonoma), Bordeaux, Burgundy, Champagne, and Tuscany. Wine expert Amy Dixon explains, “Once you go outside of that region, it becomes exponentially more difficult to turn those wines over from a selling standpoint.”

Although regions are becoming more important than brands on the modern market, the brands with the best reputations will still earn you more money than lesser-known producers from the same region. To understand what makes a winery’s reputation great, you should look to recent cult success stories like Screaming Eagle. This small California winery had humble beginnings in the 1990s, focusing on grape quality above all else. It wasn’t until critics like Robert Parker rated the wines that Screaming Eagle’s reputation soared. When famous wine critics give a winery a perfect score, they not only establish that winery’s reputation, but they boost market prices. A 2010 Screaming Eagle that Parker called “utter perfection” rose by $1,913 in price within six months of that tasting. Winery reputation is enormously reliant on what critics think of the wine, and those wineries that have earned critics’ respect will usually have the best reputations.

After narrowing your wine search down by region and winery, you’ll want to consider the reputation of every recent vintage. Unlike brand and regional reputations, which rely a great deal on public opinion, vintage reputation is more objective, and easier to define. A great vintage is one in which the weather was ideal for the grape varietal, and nothing went wrong in the winemaking process. While you might find dozens of critics who disagree over whether a certain winery or region is great, almost all critics can agree on vintage reputation when they look at the data. They see how temperatures fluctuated, how many grapes grew, how many were picked, when they were picked, and what the quality of the grapes were before being pressed. Vintage reputation is the great equalizer of the wine world.

When Wine Reputation Matters, and When It Doesn’t

Knowing that wine reputation is often subjective and complicated, should you rely on it when you buy wine? You should, but only if you know what to pay attention to. If you’re a collector who’s looking to make the most profit off of your bottles, the most important reputation for you to seek out is that of the region. Avoid investing in wine from South Africa or New Zealand, for example, even though these are often high-quality, because you are less likely to sell these wines for a major profit on the secondary market later, compared to regions with a longer history, like Bordeaux or Burgundy.

If you’re the type of collector who is interested in collecting the rarest wine, and maybe making a profit on the side, pay attention to winery reputation. Stick with the producers who have been given perfect or near-perfect scores by renowned critics, and become brand-loyal when possible. Being loyal to a handful of wineries allows you to become familiar with which wines are the rarest ever produced on the estate. Iconic wineries like DRC are likely never going to go out of style in the wine world, so their reputation is safe. Stick with wineries that have had held reputations for at least 25 years, and avoid trendy estates until they’ve proven themselves over the decades.

Collectors who are simply interested in wine quality should look to vintage quality as the deciding factor. This type of reputation is most important for those who plan on drinking their bottles, as well as those who want to resell them. You’ll get a better price for legendary vintages than you will for off vintages, and even if the bottle isn’t worth reselling, you know it will be worth drinking.