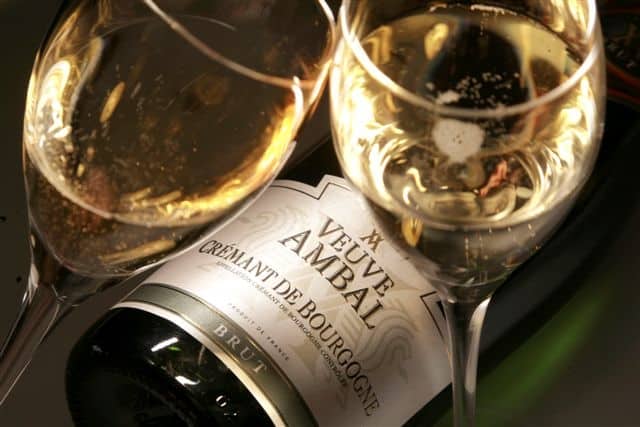 Cremant de Bourgogne is made using the same techniques as Champagne, yet it is considered not as collectible. The new Burgundy ranking system might change this. Photo Credit: JL Bernuy

When you think of celebrating the holidays, you probably imagine crystal flutes of fine Champagne, but writer Eva Weirich dreams of Cremant de Bourgogne. Her family originally bought this famous sparkling Burgundy to cook with, and over time they’ve realized they enjoy drinking Cremant more than Champagne, especially during the holidays. She says Cremant is her family’s first choice because “if you find a good Cremant, you’ll find that it’s got no reason to hide its light under a bushel.”

Yet when you think of collectible wine, Cremant de Bourgogne probably doesn’t immediately come to mind. If so many wine lovers adore Cremant, why isn’t it more popular among collectors? For decades now, Burgundy sparkling wine has been overshadowed by its Champagne neighbors, even when Cremant quality is high. However, all of this could soon change with the introduction of a new system for ranking Burgundy wines. Investing in Cremant might become a common trend over the next decade.

The New Eminent Wines of Burgundy

The ranking system for Cremant de Bourgogne was first proposed in 2013, but this spring marks the first time that Burgundy’s Eminent and Grand Eminent Cremant wines will be introduced on the market. The ranking system is a game-changer for collectors who have avoided Cremant in the past. Even though Cremant winemakers use the same techniques as Champagne, wine from Champagne costs more because it is ranked according to quality. It’s easy to see which Champagne estates are most valuable at a glance, which means that collectors always know what they’re buying. Now that Burgundy has a similar ranking system, collectors will find it easier to choose wines that are a step above the rest.

According to the new ranking guidelines, unranked producers typically make the lowest-quality wine in Burgundy, followed by Eminent producers and the highest-ranked Grand Eminent producers. For a winemaker to earn the Eminent title, the wine must age on the lees for at least 24 months, compared to nine months for unranked wine. Most cheap producers will continue to age their wine for nine months, while those looking to expand their reputations will age their wine for more than twice as long. Longer aging on the lees gives Eminent wine a toastier, more complex set of flavors, which will help these wines compete with complex Champagne on the market.

Writer Tina Caputo claims that “French Cremant sparklers offer the best of both worlds: Old World character without the Champagne price.” The new Grand Eminent-ranked producers will have the most Old World quality compared to other Cremant from Burgundy, since these wines have the strictest guidelines. Unranked Cremant varies in its blends, from all white grapes (called Blanc de Blanc) to all red grapes (called Blanc de Noir). According to the ranking system, Grand Eminent wines can only be made from a specific blend of Pinot Noir and Chardonnay, allowing for up to 20 percent Gamay in rosé.

In addition to this guideline, Grand Eminent producers have to age the wine for at least 36 months on the lees and test that the wine is at least 10 percent alcohol per volume. Winemakers are only allowed to use the first 75 percent of the juice extracted during pressings, which limits the amount of wine they can produce. This increases the rarity of these wines, and might result in higher prices on the secondary market. After pressing, the wine can’t have more than 15 grams of sugar per liter, meaning that Grand Eminent wines are extremely dry. Since dry wine is on-trend now, this may also increase the worth of these wines on the market. Grand Eminent wines then rest for at least three months between disgorgement and bottle release, allowing the flavors to fully develop and rest.

The Grand Eminent benefit for collectors is two-fold: first, Cremant will likely improve in quality, making it worth a place in your cellar; second, the price of these wines will increase as a result of the improved quality. An increase in price could help collectors in the long run, as the secondary market worth will also increase to compete with Champagne. Cremant could become more than just a young, drinkable sparkling wine, turning into a collectible investment for the first time.

There’s plenty of historical precedent for ranking systems changing the worth of wine. Grand Cru producers throughout France usually sell their wine for far more on the market than lower-ranked wines. For instance, when Alsace introduced its own Grand Cru ranking system, experts saw a huge increase in market value. When you separate the ultra-fine producers from cheaper, more commercial producers, more collectors start to invest in the highest quality producers, driving the price up. It’s not a bad idea to consider investing in an up-and-coming ranking system like Cremant de Bourgogne to take advantage of this tendency.

Quality winemaking techniques will result in these wines being able to age longer than ever before, which means that even if it takes years for the value to increase, you can safely store Cremant de Bourgogne in your cellar without worrying about spoilage. About 10 percent of all wine produced in Burgundy is Cremant, and the region sells about 17 million bottles of this varietal every year. As this ranking system reaches global awareness, you can expect to see more Cremant exported from Burgundy, and in a higher quality than ever before.

Leah Hammer is Vinfolio’s Director of Cellar Acquisitions, guiding private collectors through the selling process. When not on the hunt for amazing cellars, she competes in marathons and rehydrates with Champagne and Burgundy.

What is Winery Direct? Direct From the Vineyard to Your Door
December 11, 2020