Change Is in the Air in Bordeaux: 2015 Bordeaux Wine Trends Offer Lessons for Collectors 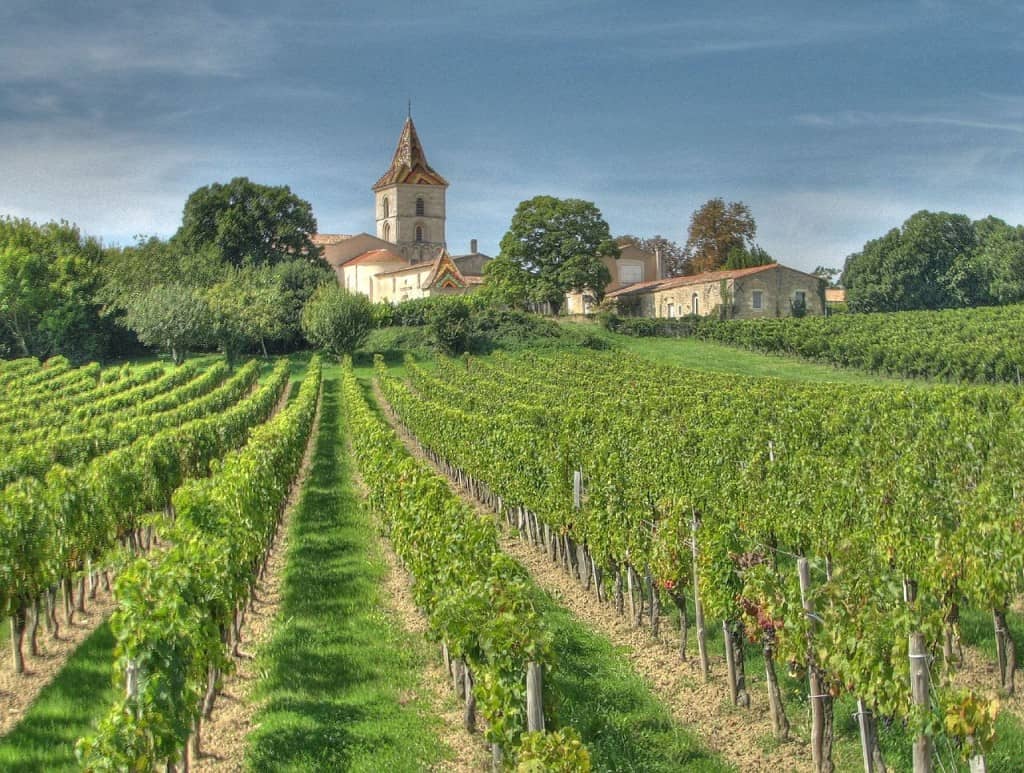 Stunning weather has given Bordeaux the chance to truly thrive for the first time in years, making it the perfect moment to invest in wine from the region. Photo Credit: Michael Clarke

Over the past decade, Bordeaux has seen some of the most extreme ups and downs in the history of wine. Coming off a high note in 2000, when wines received excellent scores and were the most expensive in Bordeaux’s history, critics had high hopes for Bordeaux in the new millennium. However, their hopes were dashed when the 2002 Bordeaux turned out to be a flop. Although the quality was solid, the 2000 vintage overshadowed 2002, and it only got worse for Bordeaux from there. A handful of poor winegrowing years later in the decade, coupled with a booming interest in the region among Chinese collectors, resulted in a price bubble, making Bordeaux a dangerous gamble for the first time. Prices skyrocketed while wine quality remained the same, leading many collectors to avoid the region entirely.

Yet 2015 is a turning point for Bordeaux, and it’s time to reconsider investments in this region. Jancis Robinson explains, “For the first time in five years, in 2015 the Bordelais have a vintage worth making a fuss about.” To take advantage of this dramatic change, you need to know which Bordeaux wine trends will bring you success this year.

The Rise of Margaux

When Robinson sampled 2015 Medoc this year, she was surprised to find that Margaux had once again stepped up to the plate as the top terroir in the region. Few critics expected Margaux to recover so quickly after a few years of disappointing wines. The two estates that Robinson says are most promising include Chateau Palmer and Chateau Margaux, both of which improved their winemaking techniques in 2015. Before you buy en primeur wine from either of these estates, you’ll want to look carefully at both the asking price and early critiques from trusted sources.

For instance, critic Steven Spurrier gave Chateau Palmer’s 2015 flagship wine a score of 96, and this rating is already having an impact on its sales. In an effort to attract collectors back to Bordeaux, estates like Palmer are offering special deals to top-tier buyers. In June, Palmer will auction off an entire barrel of its wine in Hong Kong, asking for at least $90,000 (which comes out to about $300 per bottle or more). Palmer’s quality is so high this year that you can safely buy bottles en primeur without fretting over collectibility. That said, you’ll want to stay at or below that $300 per bottle price point to make the most out of your purchase. Any bottles that you buy for around $300 now are likely to be worth more on the market later, if early quality is any indication.

Similarly, Chateau Margaux’s second wine, Pavillon Rouge, is exciting critics like Jancis Robinson this year due to its quality and a change in the blend. The 2015 vintage has more Cabernet Sauvignon than Merlot, which could prove beneficial for collectors. Margaux is renowned for its iconic Cabernet, so it’s possible that this vintage will be worth more than vintages of the past that were more Merlot-heavy. In addition, Chateau Margaux modernized its cellars in 2015, targeting any areas that needed improvement. Now that renovations are complete, we could see higher quality vintages from this estate in the future, as they make use of the new tools at their disposal.

An unexpected Bordeaux wine trend is the return of fine Merlot. Lafleur’s Baptiste Guinaudeau told Robinson that Merlot fared far better in 2015 than it has in the past few years, so don’t be surprised if you see more of this varietal on the market. He tells Robinson, “It’s the first time I’ve seen such potential in [Bordeaux Merlot].” French Merlot has had a tough time coping with the effects of global climate change, with many grapes shriveling under the recent record-high summer temperatures. Merlot is starting to bounce back in Bordeaux, but fewer critics have had the chance to taste these wines and confirm the quality. That’s because the grapes were on the edge of being too ripe in 2015. Unlike past vintages that often completely shriveled on the vine, 2015 Merlot survived and fully ripened, yet they were still on the cusp of heat damage. Winemakers like Le Pin discovered that it took longer than expected for these wines to ferment, since there was still plenty of unfermented sugar in the vats when critics first arrived in Bordeaux for en primeur week.

Don’t be too concerned if you don’t see a lot of early reviews on Bordeaux Merlot; it’s not because critics aren’t interested, but because the wines took longer to process. You should still approach Merlot with caution. The best option is to wait a few years and buy bottles upon release, rather than en primeur. You’ll pay more for the bottles, but it’s worth the wait if it keeps you from ending up with overly-sugary Merlot. Le Pin is likely a safe investment for en primeur, since this estate has shown consistently high returns in the last few years, more so than many other Bordeaux producers. If Le Pin’s Merlot has indeed improved in quality, you can expect an even greater return on your investment than usual.

The final Bordeaux wine trend to watch for in 2015 is fewer heavy oak flavors in Pomerol. Jancis Robinson explains that Pomerol has been obsessed with exaggerated flavors over the past few years, including heavy-handed oak and exceedingly high alcohol levels. Pomerol isn’t alone in this trend; over the past few decades wines around the world have moved in the direction of jamminess, with flavors that are meant to make a big impact rather than bringing a nuanced, balanced feel. Winemakers hoping to win over the attention of critics who prefer an exaggerated style often changed their techniques to cater to these tastes. Now that winemakers are once again moving away from fruit bombs and intense extractions, we’re seeing more classic, light styles, especially in Pomerol.

A good example of this is with winemakers like Bonalgue. One critic describes 2015 Bonalgue as “soft and simple,” and although the wine only received 88-90 points, it was praised for its delicacy. If you’re looking for a wine with collecting potential, you might find it in L’Evangile this year. The wine was aged in 100 percent new French oak, and although it could have had very strong oak flavors, it was described by critics as silky and fruity. The only nod toward its oak aging could be found in its smokiness. This balanced, complex wine is expected to age for at least five years, likely much more if early ratings are correct. To make the most out of the new subtle oak trend, you’ll want to invest in wines that were aged in oak, but that are described as having other complex flavors, without a specific mention of oakiness in reviews. Most 2015 Pomerol wines have some oak that shines through, so don’t immediately write off wines with this note. Instead, choose wines with complex, well-rounded flavors that will age well for years.