In France, Inheritance Is a Privilege, Not a Right: What the Wine Inheritance Tax Means for Estates 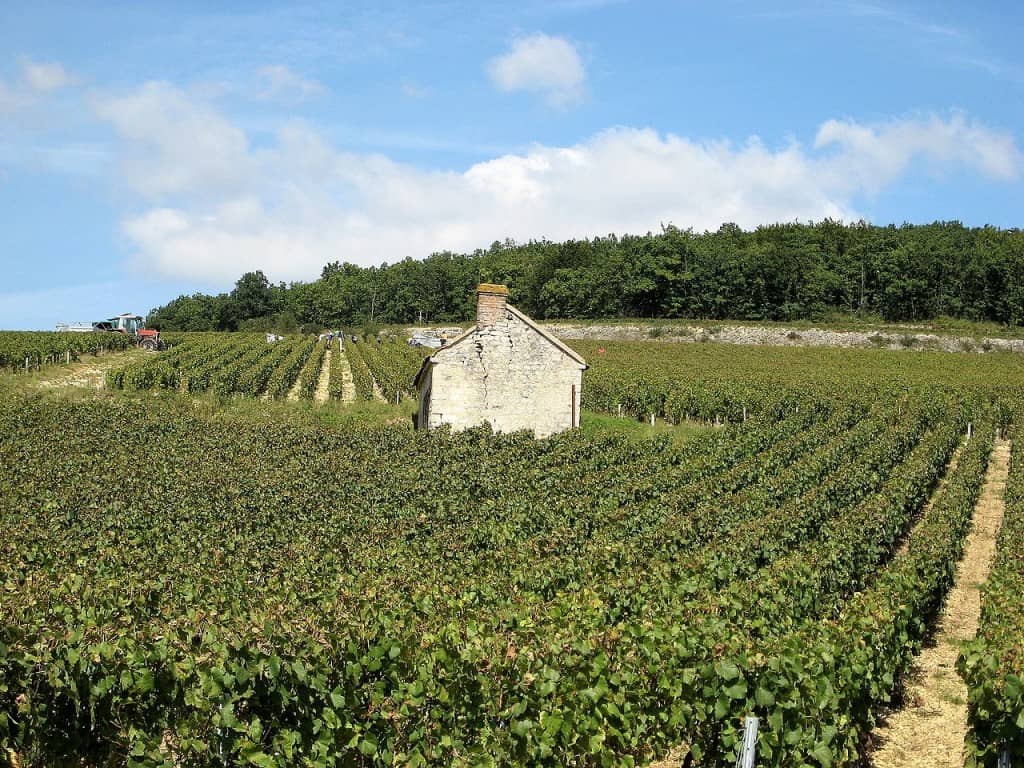 Families in Burgundy are facing sky-high inheritance taxes, which threaten to push them out of centuries of winemaking traditions. Photo Credit: CocktailSteward

In the 1930s and 1940s, French winemaking families could easily pay off even the steepest wine inheritance tax within one harvest season. Today, paying off inheritance taxes on vineyards can take 10 years or more on family-run estates. Domaine Armand Rousseau’s Eric Rousseau explains, “It’s even more crippling for domaines that have difficulty selling their wines, because they can’t afford to set aside money to pay for future inheritance taxes.” Collectors rarely think about the impact that inheritance taxes have on wineries, but these laws could have an effect on the quality of wine made in France. We may also see far fewer family-owned estates in the coming decades if laws don’t change soon.

Why is it so difficult for French families to inherit vineyards after a loved one has died? To start, vineyard prices in France are booming, which means families are being charged at a higher tax rate. Any parcel of land worth more than $100,000 is charged at a 45 percent tax rate in France, making it one of the highest inheritance taxes in the world. When Lalou Bize-Leroy bought half a hectare of land in Romanee St. Vivant more than 20 years ago, she spent about $1 million. At the time, winemakers thought that this was an insane price for a piece of Burgundy, yet today, this same plot of land is worth 20 times as much. The greater the price of the land, the higher the wine inheritance tax will be. Rousseau says, “To survive, you need a treasury to buy back land from the family.”

It’s not just land prices that are squeezing families out of their estates. France has plenty of laws on the books that have compounded the problem over the years, including some that were introduced during Napoleon’s rule centuries ago. According to Napoleonic French law, any assets that an individual owns must be passed down to every child in equal shares. If a winemaker has three children, he would have to give all three of them equal shares of his vineyard, regardless of whether or not they want the shares. In large families, children have to either agree to run the vineyard together, or one of them has to buy out the others’ shares.

As a result, families are forced to take on loans, get wealthy investors involved, or sell the vineyard outright if they can’t afford to buy out the shares or pay the steep tax. Winemaker Etienne Grivot says that this is a huge problem in Burgundy, saying, “You can’t cultivate vineyards here on large scales as in Bordeaux, as the terroirs are so much smaller: you have to know each parcel well and treat it accordingly.” Few families in France can afford to keep their high-quality, low-yield vineyards, and will often trade them in for lower-quality estates to avoid paying excessive taxes. This tends to leave the high-quality land in the hands of major corporations, monopoles, or foreign investors.

The Future of French Wine

In response to increased tax rates, many French families have been forced to sell their land to wealthy investors in other countries. French wine enthusiasts worry that if too many estates are bought out by foreign investors, French winemaking traditions will also get left behind. Few wine lovers were familiar with the tiny Chateau Gevrey-Chambertin estate until it was purchased by a Chinese investor in 2012; when it was, critics were convinced that the new owner would turn his back on French traditions, ruining the reputation of the region. Their fears turned out to be unfounded, as new owner Louis Ng carefully cultivated French winemaking traditions at his new estate. This estate’s success came down to how much the new owner cared about the terroir and the quality of the grapes.

However, Ng’s case might be a rarity; under the current law, anyone with enough money can buy up vineyards without proving that they care at all for traditions or terroir, which critics say puts French wine at risk. One estate agent joked to a journalist, “I know of one chateau owner who is holding off signing the final sale documents with his Chinese purchasers until after his summer holiday because he doesn’t want to deal with the beachside gossip.” The debate around inheritance is as much about holding onto centuries of French traditions as it is about protecting the quality of French wine. Just as critics are worried about new, unregulated wine regions popping up around the country, they are concerned that French wine culture will slowly disappear if wealthy foreign investors are allowed to push local French families out of the wine business.

The Impact on Collectors

We might see a change in the taste of French wine due to these laws, but we will more likely see a change in cost. As investors buy up and revamp small, family-owned wineries, prices might be driven up, especially if the investor wants to make the most out of his purchase. For your own collection, it could be worth thinking ahead to avoid the backlash that may come with fewer family-wine wineries. To start, it’s a good idea to invest in family-made wine now, since these bottles could well be worth much more on the market later. As fewer families keep their inherited estates, family-made wine will become more rare, making these bottles a good investment. And if a family is forced to sell their estate to a foreign investor in the future, you could see an increase in the worth of their bottles in your cellar as they represent some of the last vintages produced by the estate under the family name. Look to the finest family-run wineries now if you want to sample traditional Burgundy or Bordeaux as it’s been made for hundreds of years.