Are Wine Ratings Important to Consider When I Shop for Wine for My Collection? 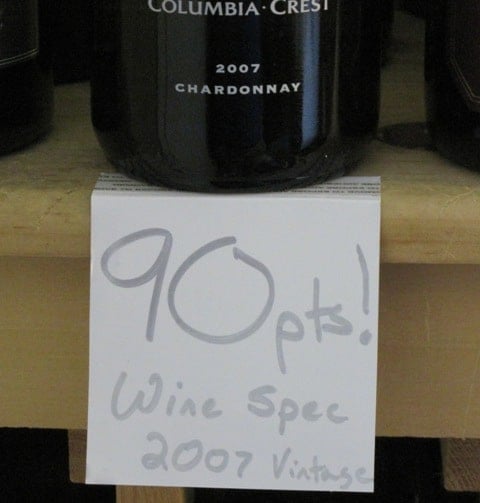 Writer John Lenart once visited a wine shop, and overheard a customer telling the shop owner that he would never buy a wine that scored below 90. Lenart says, “Aside from making that person sound like a complete wine snob, it’s also a ridiculous thing to say. I wanted to ask if this person could really taste the difference between an 89 point and a 90 point wine. I’d be willing to wager he couldn’t.” Wine ratings are supposed to give collectors an idea of which wines are worth adding to their cellars, but in reality, these ratings can be flawed. Knowing this, are wine ratings really important for a beginning collection? It depends on how you use them. As long as you’re not relying on ratings as your sole source of information, they can be a useful tool.

Decades ago, most wine ratings followed a strict 20-point scale:

13-16: Acceptable, with neither outstanding qualities nor major flaws

17-20: Outstanding quality with no flaws

Critics would start with a rating of 20 for every wine they tried, and would take points off for each flaw they found. Body and sweetness are each worth one point, while appearance, color, flavor, astringency and general quality are all worth two points each. Aroma and acidity are worth the most, at four points each.

Robert Parker transformed this older system, replacing it with his own 100-point scale. Unlike the 20-point rating, the 100-point rating was designed to be more subjective, giving critics more freedom to express how much they loved or hated a wine. With this new rating system came more variation in scores; using the 20-point system, critics might differ within about two points of one another, but with Parker’s 100-point system, variation between critics could easily span 10 points or more.

When Are Wine Ratings Important?

You should use ratings to compare more than one wine in a group, rather than focusing on any single review. Ratings aren’t scientific, yet they can give you an idea of which wines are most compelling during a wine tasting. Let’s say a group of five critics are tasked with judging 10 wines in a competition; when all five use the same rating scale, it’s easy to see which wines they enjoyed most using one number. Without the rating system, you would have to carefully read all 50 tasting notes to determine which wines were the best in the bunch.

To make the most out of wine ratings, you should identify the wine critic that has a similar palate to your own. Once you do this, you can see at a glance what the critic thinks of a wine, and get a good sense of whether you will enjoy it yourself. If your personal tastes don’t match those of a particular wine critic, then ratings won’t be all that useful for you to follow. For collectors who plan on reselling, not drinking, the wines in their collections, ratings are a great tool for finding out which wines are likely to be worth more on the secondary market since vintages with high ratings–particularly from critics like Jancis Robinson or Robert Parker–are often worth more.

When You Can Safely Ignore Ratings

John Lenart conducted a small-scale study of wine magazines, and found that one famous publication rated every wine tasted that year with at least 80 points on the 100-point scale. This meant that every vintage featured in the magazine that year was rated as a good, solid wine or better. It could have been an unusually good year for wines, but Lenart says it’s far more likely that wine critics are inflating scores, either because they want to attract readers or because they don’t want to negatively impact the wine’s price on the market.

When critics give a vintage a high score, it sells for a much higher price on the market than vintages that received low scores. Former wine seller Will Schragis explains, “There’s massive grade inflation with wine. For many publications, seeing a wine in the upper 90s used to be rare; now it seems to be a regular occurrence.” For beginning collectors, this means that ratings aren’t necessarily reliable, even when found in major magazines, because you can’t immediately tell whether a score was inflated.

Instead, you should use ratings as a supplement to other qualities when you shop for wine. Learn how to spot a great wine based on its vintage by doing researching what the weather was like in the region that year. Find out what the terroir is like on the estate. Ask the seller how the wine was stored to ensure that its flavors have been properly protected since it was bottled. After you’ve done all of this, you should consider more than one wine review to make your final decision. Gather as many scores as you can from every major publication and reviews on community wine forums. Next, find the average score of these numbers; this will give you a good sense of what critics felt overall about the wine. However, if a wine received mixed reviews from its critics, or only a handful of people reviewed it, you shouldn’t rely on ratings at all to make your final decision.