Have Some Led Zeppelin with Your Cabernet? The Delicate Art of Pairing Wine with Music 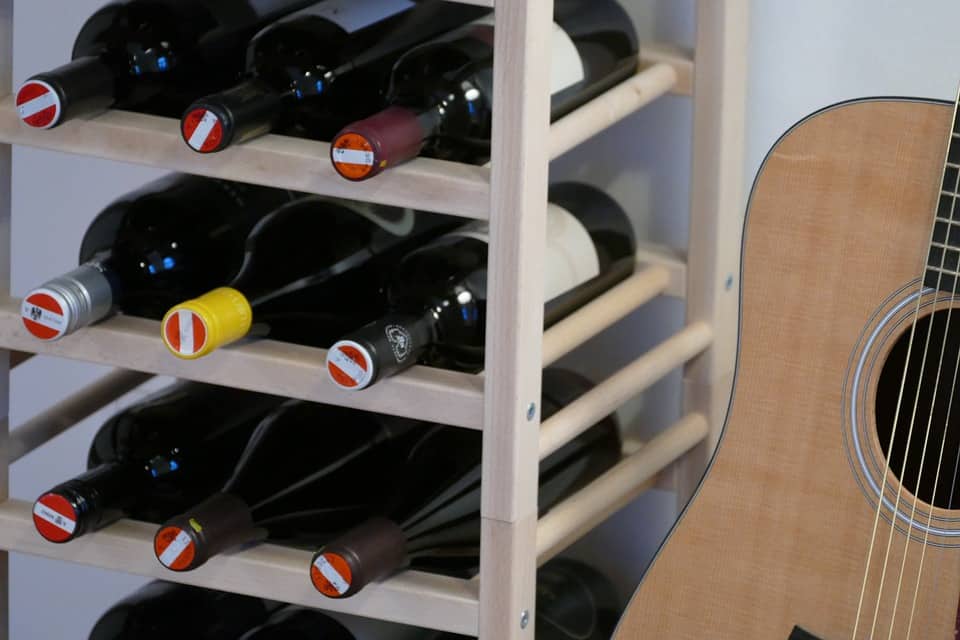 You’ve heard of wine and food pairings, but have you ever heard of The Great Led Zeppelin Wine Pairing? A vintner, a musician, and a wine expert wanted to see what would happen if they tried to pair wines with the music of Led Zeppelin. What followed were six complete courses of wine, food, and Led Zeppelin songs that perfectly complemented one another. To give you an idea of what this looked like, picture a rustic California Pinot Noir paired with a pastoral mushroom dish, all tied together with the folksy tune, “Going to California.” These three experts aren’t the only ones to notice a connection between wine and music. A 1999 study in the Journal of Applied Psychology found that the music we hear can strongly influence the wines we crave. When researchers studied 82 wine shoppers, they found that the shoppers bought more French wines if they heard French music playing over the speakers, and they bought more German wines if they heard German music.

Wine and music pairings are a relatively new focus in the wine world, and experts like Clark Smith are leading the way in research on the subject. Smith says, “We associate wine types with different moods, just as we do with music. When the wine and the music match, both improve. When they clash, it can be awful.” Pairing wine with music isn’t yet an exact science, and it still takes trial and error, but we’ll give you a few places to start.

You might expect a wine expert like Smith to stick with iconic classical music to pair with his finest wines, but you’d be mistaken. Smith says he finds that Metallica pairs far better with a wine like California Cabernet Sauvignon than any composition from Mozart. Why is this the case? Smith explains, “Red wines need either minor key or they need music that has negative emotion. They don’t like happy music. With expensive reds, don’t play music that makes you giggle.” With this in mind, what kind of music should you play to get the most out of a bottle of bold California Cabernet like 2002 Abreu Madrona Ranch? First, consider the tasting notes.

Robert Parker describes this wine as having “full-bodied intensity, and terrific freshness, precision and vibrancy, despite what is undeniably a massive, rich, intense wine.” Picking this quote apart, you can tell this wine is rich and serious, but it also has a distinctive energy that you need to match with the music you pick. Your first choice for a wine like this might be Neko Case’s cover of Aretha Franklin’s “Runnin’ Out of Fools.” This song was released in 2002, which is the same year as this wine vintage, and it has that distinctively moody, minor key that Smith says pairs so well with a bold Cabernet. Although Case’s version of the song is slow on the surface, it erupts with massive energy at key lyrical moments, just like this Abreu wine. Smith also loves to pair Cabernet with metal or hard rock songs. A great pick for a hard rock song to pair with this wine is Soundgarden’s “Rhinosaur.” Like the wine, “Rhinosaur” starts off intense and brooding, then blasts out of the gate halfway through before bringing the tempo back down again.

Unlike big Cabernets, Smith explains that French Pinot Noir doesn’t pair well with hard rock or metal music. That’s because these wines prefer something dark and seductive, rather than dark and intense. Smith says, “Pinots like sexy music. Cabernets like angry music. It’s very hard to find a piece of music that’s good for both Pinot and Cabernet.” This is important to consider when you host your own musical wine tasting: you don’t want to pick any single piece of music to go with all of your reds unless they’re all from the same varietal and have the same overall attitude.

Let’s say you have an ultra-refined French Pinot Noir like DRC’s 2010 La Tache; what’s the perfect song to fit the mood of this wine? Wine critic Bruce Sanderson says, “There’s a dark, brooding side to this red,” so whatever music you pick needs to match this attitude above all else. Knowing that Pinot Noir loves cool, seductive songs, you might consider pairing La Tache with Portishead’s “Glory Box.” Like the wine, this song is smooth and sophisticated, with a dark edge. The tempo has a seductive ebb and flow, lending the song an intensity that never feels too high-energy.

Wine critic Allen Meadows adds, “[La Tache] is perhaps even more floral than the Richebourg and every bit as spicy on the ultra-pure, cool and remarkably elegant mix of red and blue Pinot fruit.” Another song that mimics this cool, elegant tone and that is undeniably French is Charlotte Gainsbourg’s “L’un Part L’autre Reste.” Gainsbourg brings a light and airy feel to this otherwise dark French ballad. The chord progression evokes sadness, yet Gainsbourg’s pure, innocent vocals bring a sweetness to the song that matches the floral notes of the La Tache.

Riesling, with its bright acidity and citrus notes, pairs far better with a cheerful piece of music than brooding red wines, Smith says. This is especially true when you have a slightly sweet German Riesling like JJ Prum’s 1999 Wehlener Sonnenuhr Riesling Auslese. Wine critic Bruce Sanderson says that this wine has a “firm, silky texture,” and as such, it will pair best with a piece of music that’s structured, but that retains a smooth quality. Imagine a laid-back New Orleans jazz band, rather than a stiff, military-style marching band.

A good pick for a thick, rich Riesling like this JJ Prum vintage is Billy Preston’s “Nothing from Nothing.” For starters, Preston’s song is cheery and upbeat, matching the sunny mood of this wine, and it also has a precise chord structure that complements the wine’s strong backbone. What makes this the ideal pick, however, is the smooth rhythm that Preston brings to the song, which mirrors the oily texture of this wine. It might be tempting to pair a joyous German wine with German polka music, but Smith advises against it. According to Smith, traditional polkas don’t pair well with wine, even German wines.. Instead, consider a more folksy German song like Nana Mouskouri’s “Guten Morgen Sonnenschein.” The “Sonnenuhr” in the name of JJ Prum’s 1999 vintage loosely translates into English as “sundial,” so Mouskouri’s folk song about a glorious morning is the perfect lyrical pairing for this wine. The folk song is also earnestly sweet, like the wine, and carries its fun spirit.

Rosé shares characteristics of red and white wines, but overall, rosé often feels more like an upbeat Riesling or Chardonnay than it does a brooding Pinot Noir. Take Sine Qua Non’s Packin’ Rosy as the perfect example of this concept in action; this wine is a classic Rhone blend with a hint of intense red varietals like Syrah, yet it has much lighter red fruit flavors than 100 percent Syrah vintages. A lighthearted song on the folksy side of the spectrum will bring out the deep, rustic tastes of the intense Rhone-style grapes, while keeping in line with the good-natured, fun-loving attitude of this wine.

A Wine Berserkers critic says that Packin’ Rosy has distinct strawberry flavors with strong acidity. A good music pairing for a wine like this is Neil Diamond’s “Cracklin’ Rosie.” The vintage’s title, “Packin’ Rosy,” is a play on words with the song’s title, and the song hits all of the notes that makes this rosé special: it’s upbeat, but with a bite thanks to Neil Diamond’s raspy, energetic vocals. Another ideal song pairing for this wine is Langhorne Slim & The Law’s “The Way We Move.” Like the Neil Diamond song, this tune has a twinge of rasp that matches up well with the acidic notes of the wine, but the song also has a bright, sprightly quality that complements the rosé’s tangy red fruit.