Cellar the Perfect Birth Year Wine: Laying Down Wine for Your Child’s Future 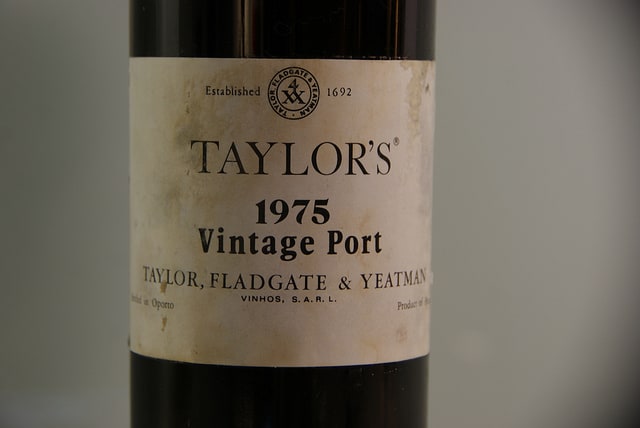 Although it’s tempting to buy trendy wines that you love to drink, when laying down wine for your child,  stick with classic wines that will age well, like vintage Port. Image source: Flickr CC user Jerzy Kociatkiewicz

Writer Jonathan Ray jokes that “bachelor wine merchants” make the best godparents; they pick out incredible birth year wines for their godchildren that will last two decades or more in the cellar. Ray explains that he has eight godchildren of his own, and has bought them each a case of wine as gifts when they were newborns. Now that three of them have reached legal drinking age, they’re finally getting the chance to try the wines laid down for them more than 20 years ago. Unfortunately for one of his godchildren, one of the wines that Ray gave him didn’t age as well as he’d hoped. The 1988 case of Chateau Batailley was well over the hill by the time Ray’s godchild was old enough to drink the wine.

Many parents and godparents face this problem when they insist on buying wine for children while they’re infants. This is the riskiest way to buy wine; few collectors would buy futures of white Bordeaux before the grapes were even harvested, but many do exactly this when they lay down wines for their children. Ray’s former colleague Tom Cave says this is because parents and godparents want a way to celebrate a new birth, rather than waiting several years. “The best time to [buy wine] is when they’re ten or so. The trouble is that godparental pressure means you have to take something tangible to the christening,” he says. It’s impossible to completely eliminate the risk that comes with laying down birth year wines, but a few guidelines will help.

The first rule for laying down wine is to invest in cases of wine, not individual bottles. Wine cases are less risky overall because the price is more reasonable–it’s cheaper to buy wine by the case than in single bottles–and because one spoiled bottle won’t ruin the entire experience. When a single bottle goes bad due to a cork malfunction or poor shipping techniques, opening that bottle of spoiled wine on a child’s 18th or 21st birthday is bound to be a letdown. With cases of wine, you can still end up with spoiled wine on your hands, but only if the entire case has the same problem.

Wine cases are also the better choice for parents looking to lay down wine for their children because a child’s tastes will likely change quickly as they move through their 20s and even 30s. If your child reaches legal drinking age and discovers that he hates the taste of wine, or dislikes the wine varietal you bought him, he can decide to sell off the bottles for a profit. Selling off an entire case of two-decade-old wine can land a child a decent sum of cash in a savings account, or even pay off a college tuition bill.

You can also split the difference and get your children mixed cases, letting them decide what to do with the wines when the time comes. This is a great potential crash course in wine for your kids, and gives them the opportunity to drink the wines that interest them and sell off the ones that don’t. Jonathan Ray says that his three older godchildren have sold off many of their bottles already. His godson Finn kept some bottles and traded in the rest for 2005 clarets that were more his style. His goddaughter Lily was thinking about selling off her entire collection and buying other wines with the money. His godson Jonno sold his wines to his own father in exchange for about $1,368.

Chef Rolf Nelson describes his first bottle of wine in the Wall Street Journal. His godfather, Jamie Pope, bought him a case of 1966 Port in his birth year, and it’s a vintage that Nelson has kept in a cellar ever since. Nelson says that his godfather had a unique method for choosing birth year wines: he went with the quality of the grapes and the weather, not the reputation of the estate. Nelson’s godfather didn’t want his godchildren to feel guilty about drinking fine wines like DRC or Lafite right out of the gate. Instead of picking the finest Grand Cru estates, Jamie Pope hunted around for the best wines grown on any estate from the child’s birth year, which gave him more options. Nelson says, “He gave me Cru Bourgeois. He didn’t want me worrying about the wine’s status. He wanted me to enjoy them.”

While there’s nothing wrong with laying down wine from Grand Cru wineries, it’s better to think about the quality of the grapes and the weather from your child’s birth year than to get hung up on the estate’s reputation. For example, Bordeaux is ordinarily one of the top picks for parents looking for the best birth year wines, but in 1991, the region had the worst vintages on-record. The weather was the second coldest in the region’s recorded history, which led to disaster on most wine estates. This is why it’s essential to research how a wine tastes before buying cases or bottles of it, even if the wine comes from a quality region. Rather than investing in pre-arrivals from Grand Cru Burgundy or Bordeaux, it’s better to wait at least two years after your child or godchild is born to pick out birth year wines. Although you might pay slightly more for the bottles up-front, the longer you can wait, the easier it is to determine which wines will cellar well long-term. Generally, you should wait until your children are toddlers, or even until they reach puberty, to buy vintages from their birth year.

It’s all right to invest in off-vintages, since not every child is going to be born in a legendary wine year. When buying off-vintages, verify that the estate maintained quality grapes, and take extra precaution with your purchases. Wine writer Stephen George says he once bought a bottle of 1975 Malescot St. Exupery–an off-vintage–expecting it to be wonderfully mature. Instead, the wine was virtually flavorless. He later discovered that, even though the Margaux region of Bordeaux had a good year in 1975, the Malescot St. Exupery estate did not. The estate’s winemaking techniques had taken a turn for the worse, and didn’t improve until the mid-1980s.

Avoid the Trends and Stick with Classics

Now that you know you should invest in cases of wine, and that an estate’s reputation isn’t the most important factor, which regions and varietals should you invest in for your child’s future? To start, consider classic vintage Port. This is often the go-to wine for parents and godparents laying down wine for the next generation because these wines are designed to age for at least 20 years. Port is fortified, and as such, it’s not as finicky as Pinot Noir or even quality Bordeaux blends. As Jancis Robinson explains, “In fact, it is a pity to open a bottle at under 20 years old, and vintage Port can easily be in its prime at 50 or even 60 — just like a newborn.” However, Port doesn’t cater to everyone’s tastes; it’s a strong flavor that leans heavily toward the sweet, dessert side of the wine spectrum.

A trendy, polarizing wine that only appeals to a niche range of tastes might not be as appealing 20 years from now as it is today. This is why it’s best to avoid wine trends when you shop for a birth year wine to lay down. For something that appeals to a wide range of tastes, consider a few bottles of Cabernet Sauvignon. If you want something a bit more unusual, some of the best wines to invest in now are Nebbiolo and Riesling. Riesling is available in both dry and sweet styles, so it’s worth getting both to see which one your child prefers when he’s older.

Overall, when the weather is fine, white Bordeaux and red blends from the region will age well for long periods, as will white Burgundy and California Cabernet Sauvignon. When you invest in New World wines, such as those from California or Australia, go with high-end wine estates whenever possible. Estates like Hundred Acre, Penfolds, and Sine Qua Non produce wines with intense, fruity flavors that also tend to age well over the decades, which is the most important consideration for prospective parents and godparents. Avoid laying down delicate wines like Oregon Pinot Noir. Although these wines are on-trend and can potentially age a while in a cellar, it’s difficult to say how long the wines will retain their mature flavors before they start to dull.

If you want to retroactively buy wine from a child’s birth year, consider investing in 2004 Rioja, 2005 Burgundy red blends, sweet wines like 2001 Sauternes, 1998 Chateauneuf du Pape or 2011 dry wine varietals from the northernmost regions of Rhone. These wines will all continue to cellar well over the next decade or less, and have been proven to be worthwhile on the market. If you are set on buying newer vintages for newborns, look closely at the weather for 2014, 2015, and 2016. Wine critics say that the weather in 2014 and 2015 was relatively warm overall internationally, so these wines should hold up well with age. However, you should wait another year or two before you take the plunge on these wines. It’s also far too early to call the buds that will become 2016 wines, so if you have a little bundle on the way, plan to wait at least another three years before you’ll get a good reading on birth year wines.

Your Guide to the Langhe Wine Region
February 26, 2021
Go to Top