Where Are All the Female Wine Collectors? Gender Disparities Continue to Haunt the Wine World 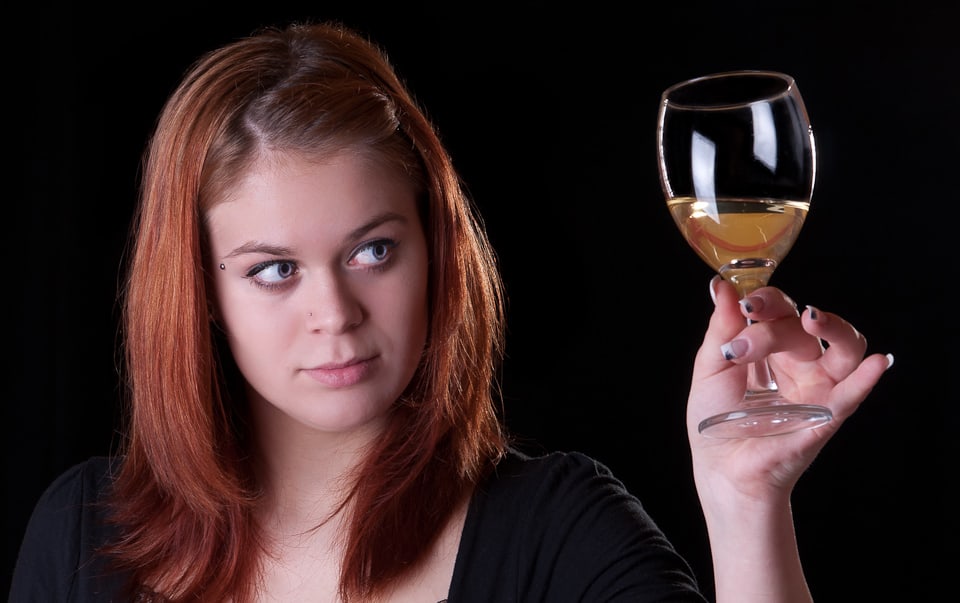 Studies have shown that women tend to taste more flavors in wine than men, yet women are underrepresented in the wine collecting industry. Photo Credit: Wikimedia CC user Multimotyl

Wine collector Martha Welch grew up around some of the finest wines in the world, from Margaux to Petrus. As a young girl, she watched her father’s wine collection grow, but she had little interest in being a serious collector herself. All of that changed when her brother introduced her to California cult wines a few years ago. Welch became a member of the lauded Abreu and Hundred Acres allocations lists. Since 2012, she’s developed her own identity as a wine collector, racking up about 2,000 incredible bottles of wine, some of them stored with the help of Vinfolio.

Positive experiences like Welch’s are a great start to a more diverse community of wine lovers, but the fact remains that relatively few women collect wine, even in 2016. Most of the major wine auction houses estimate that 90 percent of their clients are men, even though women buy 2/3 of the wine on the market today. In other words, women buy and drink more wine than men, yet men still dominate the field of serious wine collectors. This anomaly doesn’t just apply to collections either; only 10 percent of all winemakers in California and Oregon are women. Wine collectors like Martha Welch prove that women can have as much success with wine as men, as long as they are treated as equals, and work with the right partners. Welch explains, “I don’t know if I would have been treated any differently if I were a man, because my experience was with Vinfolio.”

If you want to understand why fewer women collect wine than men, you have to consider the history of women in the workforce. Before the 20th Century, most women did not work outside of the home. As time went on, more women entered the workforce; in 1989, 45 percent of all US employees were women. However, women were paid about 32 percent less than their male peers that same year. As a result of this disparity, many women who might have been interested in collecting wine could not afford to develop a serious collection. Men were also hired more frequently for higher-paying senior staff positions, and had better networks for finding rare wines, like DRC, than women who were not in these positions.

Christie’s International Wine Department specialist Harriet Joll explains, “Far more men have disposable income, but I think it is also the way we [women] are brought up, that it won’t be the woman’s role to think about choosing wine. Women often lack confidence.” Yet low income and low confidence don’t impact all women equally. What about high-earning, powerful women? Shouldn’t we see more of them in the wine world? Joll says that many of these women often have little storage space in their homes and lack the spare time required to research the best bottles of wine. That’s where third party services can help busy, successful women succeed in the wine world. As CFO of a manufacturing company, Martha Welch has found Vinfolio’s experts an invaluable source of information and guidance during her collecting journey. “For me it was key to have a connection to help; you start out slow, buying what you know, and your guide gets to know your taste,” she says.

Sexism in the Wine World Is Subtle

Winemaker Kathleen Inman described what it is like being a woman on the wine market for an online poll. Inman explained that she would represent her wines at wine tasting events with her husband. Although her husband was not involved in the winemaking process, people would often ask her husband technical questions about the wine, even though he knew next to nothing about the process. They would ignore Kathleen Inman entirely. She says her husband would patiently tell them, “Kathleen does it all; I’m just the trophy husband!” Sexism in the wine industry is described by many women as subtle, not overt; this sexism consists of small gestures, like a restaurant’s waiter handing the wine menu to the man at the table, and discussing the wines only with him.

In the results of that online poll, other subtle forms of sexism came to light. Many women complained about the lack of female representation in management positions at major wineries. Others said they would often hear sexual jokes directed at female wine interns working for wineries. One woman described being constantly tested on her wine knowledge by her male peers, which made her feel as if they didn’t believe her when she said she was a wine connoisseur. Although these are major problems for many women in the wine world, not all women experience these issues. Martha Welch says she has never been treated differently because of her gender. She adds, “It’s been a great experience for me. I’ve experienced nothing negative, except that maybe my checkbook is lighter.” Being treated as a peer by those in the wine world made Welch’s experience a positive one, and led her to become more deeply interested in wine and collecting as a result.

A Difference of Taste

When Lettie Teague first met Robert Parker, he told her, “My wife, Pat, has a much better palate than I do.” Parker was not simply being modest; he truly believes this, and science tends to back him up. Sensory psychologist Marcia Pelchat says that women recognize more odors than men. Since odor and taste are intimately linked during wine tastings, women can often taste wines more accurately than men, according to Pelchat. Sensitivity to taste is the reason why many women hate excessive carbonation and bitter flavors in wine, Pelchat claims. However, sommelier Kelli White disagrees with this assessment, at least as it relates to serious wine lovers. When asked whether women prefer to drink sweeter wines, White says, “I don’t think that’s true with female wine professionals.”

Women are often marketed wines designed to appeal to their supposed “lighter” tastes, like those featuring pink labels, or so-called “diet wines,” like Skinnygirl. However, just because women’s palates are often more sensitive to smells and tastes does not mean that women drink only certain types of wine. For example, Lettie Teague points out that bold Cabernet Sauvignon is thought of as being most appealing to men, but Martha Welch says that this is her favorite type of wine. “For myself, a bold red wine is nice,” Welch says. In fact, Welch says she was so interested in collecting California Cabernet that her collection was starting to lack diversity. She says one of Vinfolio’s experts suggested expanding her collection to include a few subtler wines like Pinot Noir and white Burgundy. When women are offered more wine options from experts, their collections are given the chance to grow. Gender-neutral marketing treats women as people, and avoids feeding stereotypes that condescend to women.

How the Wine World Can Cater to More Women

A recent study found that men and women prefer many of the same types of wine, and have many of the same drinking habits. Since women are just as interested in wine as men, what can the wine world do to make women more comfortable collecting wine? It makes the most sense, market-wise, for wine businesses to use gender-neutral language when they sell wine to women. In addition, Martha Welch suggests that if wine producers want more women to buy their wines, they might consider hosting women-only tasting events. Paso Robles has a number of these types of events, including the Women in Wine Collectors Tour, which showcases the best female-run wineries in the region. When women see that other women are making sought-after wines, and collecting sought-after bottles, they might feel more comfortable getting into the collecting process themselves.

Overall, women need to be taken more seriously as wine consumers on a cultural level. Rather than perpetuating stereotypes about women drinking wine after a bad breakup or only looking for ‘fun’ wines, the wine world should bring more attention to female winemakers, sommeliers, and collectors in order to put a human face on women in wine collecting. Using real stories, women can fight back against unrealistic stereotypes.

When Martha Welch first started collecting wine through Vinfolio, she was given the same tips and suggestions that any male collector would have been given. As a result, Welch says she was not even aware that women rarely collect wine. Welch says she assumed that an equal number of men and women collected wine, and was surprised to learn that this was not the case. Her story proves that when women are given the same treatment as men in the wine world, they thrive. She says, “I probably won’t be able to drink all of my wines, but it’s a nice little legacy for someone someday. It’s been a really fun ride.”