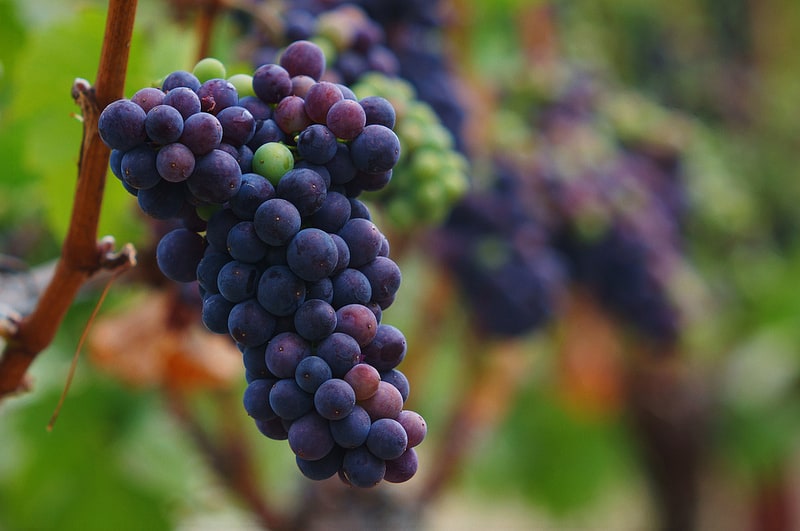 Every month, we’ll highlight one wine that is highly underrated for its supreme quality and projected market worth. March’s Hidden Gem of the Month focuses on Pinot Noir, but before you invest in your next bottle, you might want to think about skipping Burgundy in favor of Oregon. Pinot Noir from Oregon is steadily increasing in popularity, both on the market and among wine critics. This varietal is by far the highest quality grape grown in Oregon’s Willamette Valley, and few wines prove this point better than our monthly pick, the 2010 Evening Land Seven Springs La Source Pinot Noir. This vintage’s complexity is improving with age, and it has a promising projected market worth over the next five years. The key to investing in great Oregon Pinot Noir right now is to stick with Willamette Valley growers, especially those exposed to Pacific coastal winds, since these cooler temperatures bring out the best qualities of the grape.

Mixing Old Vines with the New

Evening Land’s Seven Springs Vineyard is unique in that it contains both old vines planted decades ago and new, experimental Pinot Noir plantings. One entire block of the vineyard is dedicated to Pinot Noir grown directly from seed. Although this won’t be a factor for collectors looking to invest in Pinot Noir right now, it is important to remember for the future, since these plantings will likely produce a wine that displays a pure sense of Oregon terroir. In the meantime, the 2010 Seven Springs Pinot Noir vintage is worth collecting because it was exposed to cooler conditions than many of its predecessors. Yields on the estate were lower than average that year, making the vintage relatively rare, and the few bottles that were released featured lower alcohol percentages than in 2009 or 2011.

Low alcohol levels in 2010 were the direct result of a cool summer, which stunted the growth of many grapes on the estate early in the season. This wasn’t the only hardship winemakers in Oregon faced that year; Wine Spectator called the 2010 Oregon growing season “a scene from Hitchcock.” Thousands of birds unexpectedly migrated to Oregon wine country, gobbling up many of the early grape buds before they had the chance to mature. One member of the Oregon Momtazi family, Naseem Momtazi, said, “There were times that it looked like a scene straight out of a Hitchcock movie, with the birds flocking from one block to the next as the cannons blew.” As a result, yields were down by as much as 30 percent in 2010.

However, Evening Land weathered these setbacks, allowing their remaining grapes to hang on the vine long into harvest season to give them extra time to develop. This is unusual for Oregon Pinot Noir made in the last few years, since drought conditions and hot weather have forced most estates into harvesting their Pinot Noir grapes on the early side. Cooler summer temperatures tend to produce higher quality Pinot Noir, making 2010 Evening Land a must-have vintage for serious collectors. For collectors who love classic Burgundy and are unsure about wines from the New World, 2010 Evening Land winemaker Sashi Moorman (who has since left the estate) may allay their fears. Moorman has long been inspired by Burgundy when he consults for wineries in California and Oregon. He encouraged the use of both Burgundy and California vine clones when planting Evening Land’s vineyards, saying, “I wanted domestic material that had been selected over decades for Californian conditions, encouraging better acidity and slower sugar accumulation.” These two qualities are the hallmarks of Evening Land Pinot Noir.

Collectors will want to invest in 2010 Evening Land Pinot Noir now because the wine is earning higher ratings among wine critics as it ages. In an early tasting, Wine Spectator’s David Schildknecht gave the wine 92 points, saying that it achieved many of the classic qualities of Pinot Noir (tartness and pepper), but with more complexity than its peers. Schildknecht ended his review with a prediction, “The clarity and polish of this performance are unlikely to diminish over the coming decade, but rather to be enhanced by their stay in bottle.” Schildknecht was absolutely right, as years later, fellow Wine Spectator critic Harvey Steiman found the wine to be of an even higher quality than the first review. Steiman gave the wine 95 points, praising the supremely long finish. This is a wine that is likely to continue to improve as it ages, resulting, in all probability, in an increased value on the market.

Most Oregon wines are relatively cheap at the moment, despite their high quality in taste, because the region is still just beginning to gain a reputation in the modern wine market. This is great news for collectors looking to get in on this region before the wines become more expensive and difficult to find. Evening Land sells its wines through a mailing list, pricing bottles based on the color of the labels. Blue labels are cheapest at about $25 per bottle, followed by silver labels at $40 and gold labels at $60. White labels are considered the pinnacle of Evening Land releases, being sold for about $120 per bottle. Evening Land La Source Pinot Noir is a gold label wine selling on the secondary market for about $130 right now.

The increase in price is likely the result of changing tastes on the wine market, which are moving away from the big, plush reds popular in California and Oregon until recently. Wines are becoming less sugar and alcohol-focused and more acidic, replacing the fruit bombs of the past with less extroverted wines. Evening Land has a finger on the pulse of this trend, as the 2010 La Source has a great deal of acidity and a tempered alcohol level. These qualities will give this wine lasting power over the next decade as the movement toward lighter wines gains momentum.

Other Evening Land Wines Worth Collecting

Collectors looking to invest in the best vintages from Evening Land will be most happy with La Source Pinot Noir from 2009, 2010, and 2012. These are most likely to gain in price over the coming years, since weather conditions produced near-ideal grapes. Yet, even lesser-known, newer vintages like the 2013 La Source are gaining in leaps on the market, climbing from the original price of $60 per bottle to currently about $100 per bottle on the secondary market, proving Evening Land La Source Pinot Noir has market potential regardless of vintage.

For a wine that is of an even higher quality in most vintages, look to the estate’s white label, Summum Pinot Noir, which typically uses the best grapes grown on the estate that year. Although the 2009 Summum did not gain on the market as quickly as 2010 Evening Land La Source, the consistently high quality of the wine ought to earn it a place in any collector’s cellar. Evening Land isn’t all about Pinot Noir; collectors should consider the estate’s Chardonnay label as well, which is also highly rated among wine critics. As with the Pinot Noir vintages, collectors should look primarily toward the 2010 or 2012 Chardonnay vintages, as these vintages tend to receive the most attention on the secondary market.

Whether you are starting your high-end wine collection or adding to an established portfolio, Vinfolio is your partner in buying, selling, and professional storage. We carry excellent investment wines from the best vineyards in Oregon. Contact us today to get access to the world’s finest wine.