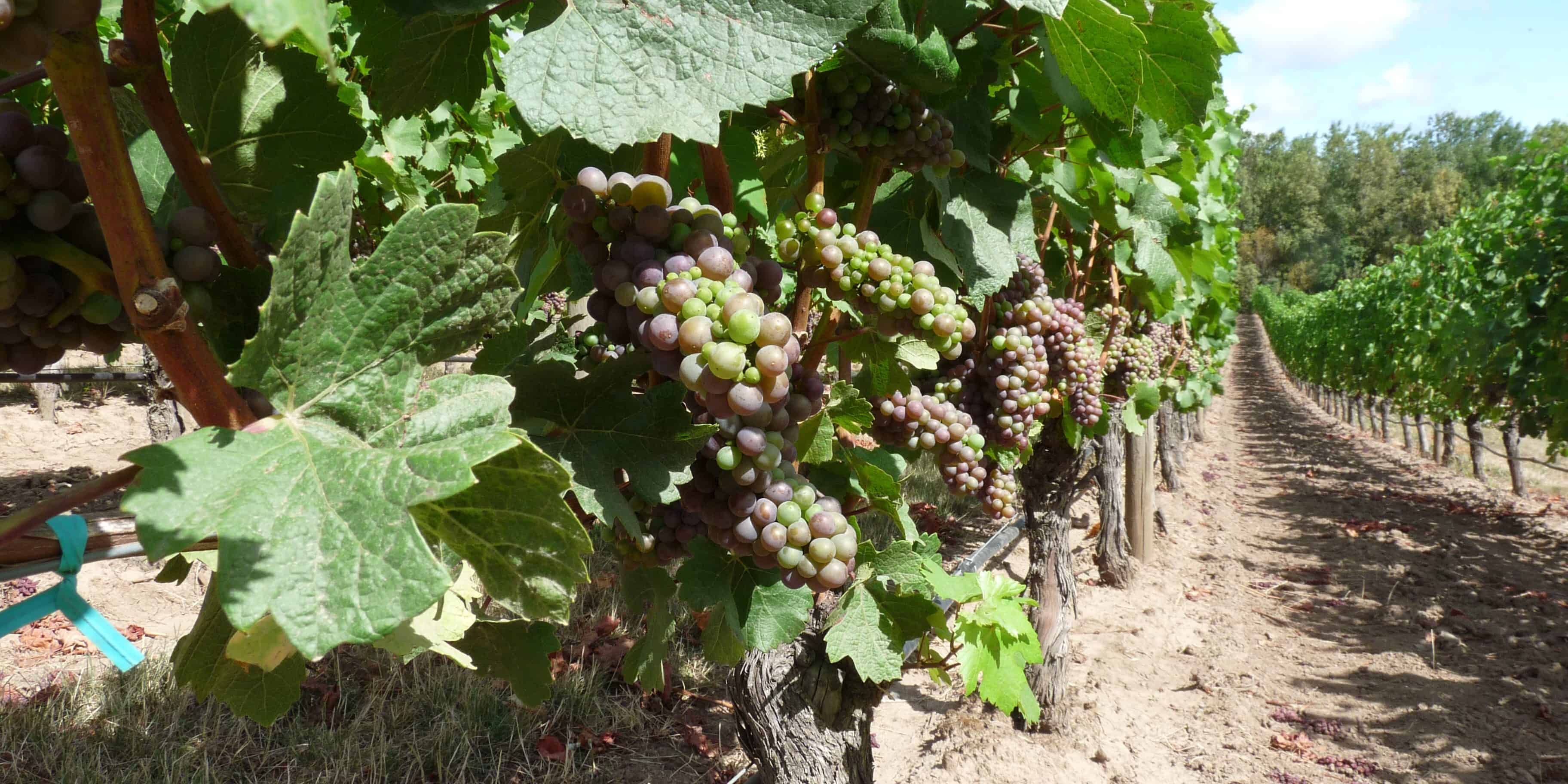 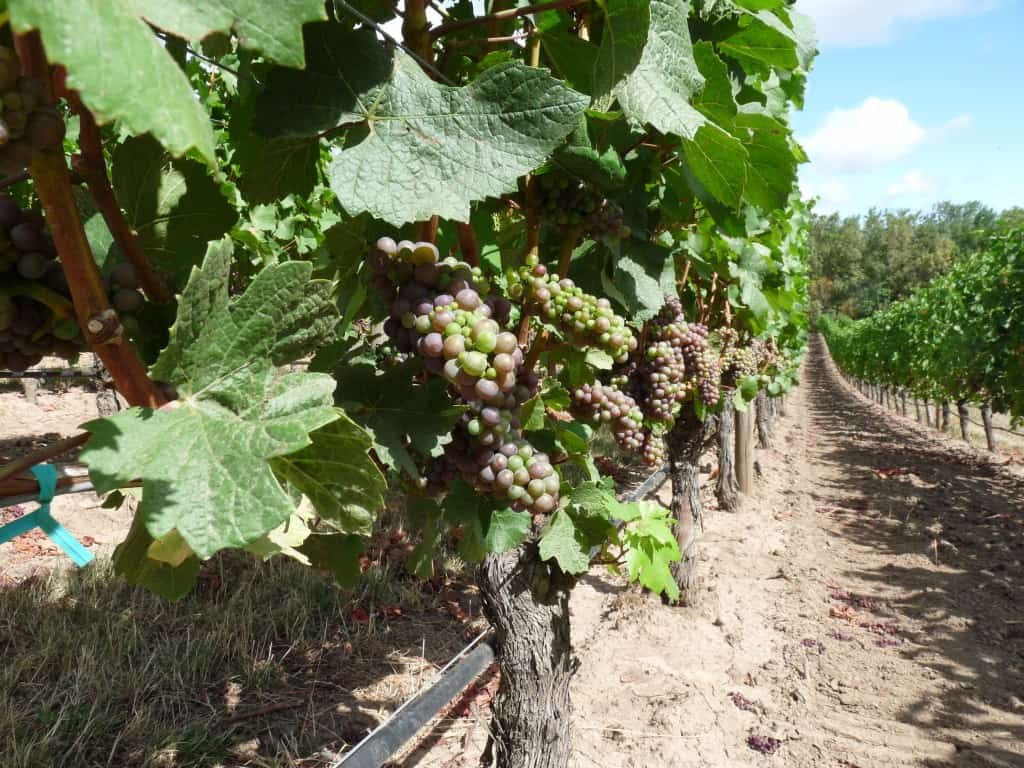 When regions like Oregon and California are crippled with drought, it seems counterintuitive to withhold water from vines. Yet more winemakers in these regions are turning to dry farming practices as a way to make better tasting wine; so far, the change is working. Dry farming has been around for centuries, long before humans invented modern irrigation techniques, but it is only now making a comeback as wine estates experience severe drought conditions. Although it would seem that grapes grown on estates that can afford to carefully water their vines would produce better quality wine, wine critics are finding the opposite to be true. Vines that have been slightly water-starved produce grapes that are truer to terroir than those that have been artificially plumped with water. As tastes in the New World move away from the very ripe, jammy wines of the past, collectors will see more dry farming wine estates crop up, and as a result, more subtle, concentrated flavors in future wines.

What Is Dry Farming?

A dry farmer is someone who never irrigates his vines, even in the toughest drought conditions. However, this definition is evolving, as the utter lack of rain in some regions has forced otherwise dry farmers to occasionally irrigate their vines. Essentially, a dry farmer only waters his grapes when the vine is on the verge of death, and when the weather forecast shows no signs of rainfall. Napa Valley winemaker Steve Matthiasson told Modern Farmer that the weather has been so rough in California that he has turned to irrigation in some seasons. The difference between his practice and that of the average California wine estate is that Matthiasson rarely irrigates, but when he does, he waters the vines for a full 24 hours. The excess water sinks deep into the ground, touching the lowermost roots of the vine. This is where dry farmers want moisture, forcing the vine’s roots to grow deeper and deeper every year.

Dry farming isn’t “dry” in the sense that the vines never receive any water; instead, dry farmers want the shallowest roots to remain dry while the lower roots suck up water trapped deep below the ground. This speeds up the vine’s maturity, allowing it to take on a more traditional Rhone-style set of flavors that is unlike the very bold, overripe wines of the past.

Today’s dry farmers often have to make a choice between biodynamic wine and irrigation. Phylloxera-resistant vines, which are common in California, need far more water to survive than their non-phylloxera-resistant peers. Winemakers can either protect their vines from pests using pesticides, or they can take their chances with natural, biodynamic prevention techniques. It’s still possible for dry farmed estates to be biodynamic, but it takes a great deal more work on the part of the winemakers. The result is a wine that accurately expresses the terroir in which it was made, since both techniques emphasize a natural approach to growing grapes.

A Concentrated Taste That Isn’t Overripe

The “Parkerization” of wine in California emphasized big, bold wines that were high in alcohol and, especially in hot seasons with late harvests, on the sweeter side of the spectrum. Now that the wine world is moving toward more subtle, drier qualities, dry farming wine is a natural part of the progression. When grapes are exposed to a great deal of sunlight, and are water-starved early in the season, the vines produce concentrated grape juice. However, when these vines are given an ample water supply in the hottest seasons, the grapes grow large, producing huge, sugary grapes in high yields. Dry farmers want the sugar levels in their grapes to remain within the 22-23 range, which is far lower than the 24-26 range that many winemakers emphasize, especially in Cabernet Sauvignon and Merlot. Frog’s Leap winemaker John Williams told Modern Farmer, “Many people like that style, including major wine critics. But to me, they’re undrinkable.”

Dry farming wine produces concentrated juice, but in much smaller yields and with a subtler set of flavors. Dry farming emphasizes smaller, almost shrunken grapes that retain their natural flavors without water dilution or a great deal of sugar. Advocates say that this technique is more true to California’s natural terroir, since the area typically receives little, if any, rainfall. Winemakers who are members of the Deep Roots Coalition believe that a winemaker’s job is simply to ensure that the grapevines don’t die; beyond this, it’s the terroir’s job to handle the rest of the growing process.

The Estates Making the Most out of Dry Farming

Collectors looking to take advantage of this growing wine trend should invest in modern producers from California and Oregon who specialize in biodynamic dry farming. Some of the most interesting wines of this group transformed dramatically in quality once they made the switch to better farming techniques. In the late 1990s, wine produced on the Stag’s Leap estate was of relatively average quality, according to Robert Parker, but today, it has become one of the most sought-after labels in the wine world. Recent Stag’s Leap vintages use dry farming to their advantage, producing wines that are dense, spicy, and slightly floral. The 2012 Stag’s Leap Cabernet Sauvignon received a near-perfect score from Wine Advocate, and much of that success boils down to the quality of the grapes grown on the estate that year.

While dry farmed grapes are highly concentrated in flavor, they retain more acidity overall than their irrigated peers, meaning that they can cellar longer when properly aged. Chateau Montelena makes fine, barely-irrigated grapes that still have a biting acidity in the body of the wine. The 2011 Cabernet Sauvignon is full of subtle aromatics that are common among dry-farmed wines, coupled with dark berry flavors locked in by tight tannins. Although these wines tend to drink best when they have had time to age in a cellar, the wait is worth it, since they retain many of their subtle flavors 20 or 30 years after bottling.

Cabernet Sauvignon has proven to be a good varietal for dry farming, but Pinot Noir also lends well to this technique, since the grape is known for growing in some of the most extreme conditions in the world. Pinot Noir grows beautifully in Oregon because it is exposed to both warm and cool weather throughout the season, receiving just enough natural rainfall to keep the vines alive. Dry farmers such as Cameron Vineyards are becoming frontrunners in the trend, since their Oregon vines receive enough annual rainfall that they rarely, if ever, need to be irrigated. Like the finest dry-farmed California offerings, the estate’s 2012 Pinot Noir retains a sharp acidity, which is balanced out by the well-structured fruit palate. Collectors looking to invest in dry farm-style wines should consider Cameron, Montelena, and Stag’s Leap from California and Oregon for wines are likely to age well for decades.

Leah Hammer is Vinfolio’s Director of Cellar Acquisitions, guiding private collectors through the selling process. When not on the hunt for amazing cellars, she competes in marathons and rehydrates with Champagne and Burgundy.