Is the Cote d’Or Wine Region Changing for Better or Worse? 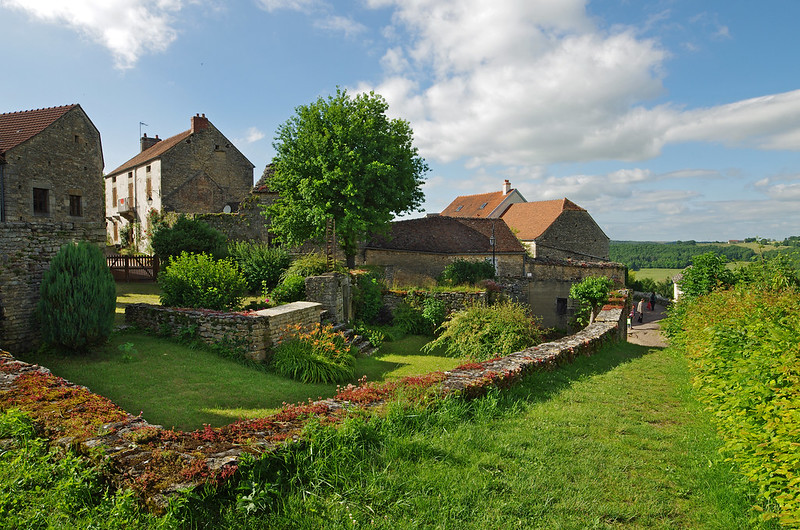 Cote d’Or has gone through three significant changes since 2005 that could dramatically change its status on the wine market over the next 20 years. Photo Credit: Flickr CC user Daniel Jolivet

During a recent survey of producers from the Cote d’Or wine region, Jancis Robinson said, “I think our general impression of the Cote d’Or, the heartland of Burgundy, is that it is one of the world’s most traditional wine regions and hardly changes at all.” What she found during her tour surprised her; multiple foreign producers are buying plots of land in the region, and drastically changing the face of French wines. These changes come at a time when this region’s vineyards are the most expensive per hectare in the world. Collectors will likely see a great deal of market-wide transformations stemming directly from changes in this French terroir, and will need to reevaluate their wine selection process to keep up with these trends.

New Estates Breathe Life into the Terroir, But with Controversy

Robinson discovered that American, Australian, and Chinese winemakers have purchased multiple plots of land in the region over the past five years. This is unusual for Cote d’Or, as estates are typically only sold to French natives. Gevrey Chateau was recently purchased by Chinese wine enthusiast Louis Ng, who says he wants to build the estate back to its former glory as a premium Burgundy producer. With a change in ownership, estates like Gevrey Chateau are blending old Burgundian winemaking traditions with modern techniques, but critics say this change has come at a steep price. Ng’s critics are worried that Ng and other non-French owners in the region will lose sight of what makes Burgundy unique, since they do not have a background rich in the region’s history.

Jean-Michel Guillon from the Gevrey-Chambertin union is one such critic. When he was asked about the sale of Gevrey Chateau, and about the foreign influence on modern Cote d’Or, he said, “It is a despoliation. Our heritage is going out of the window.” Part of the problem lies in French law; France charges a 25 percent inheritance death duty to winemakers who pass their estates on to their descendants, which is the reason many of these estates are being sold. Other wine experts, like Robinson, are more optimistic, believing that new ownership could be the change the Cote d’Or wine region needs to compete on the modern wine market. Thus far, Gevrey Chateau is working on using as many old traditions from Burgundy as possible, but tweaking these techniques (such as planting new and higher quality vine roots) to meet modern tastes. One advantage of foreign producers is that they are not as culturally confined to the traditions of the past, and use modern techniques where they are necessary.

Collectors will see more foreign holdings in Burgundy over the next 20 years as new generations of centuries-old estates find it more affordable to sell shares of their estates after inheriting land. When collectors look to producers such as Gevrey Chateau and Canadian-owned land from Domaine Maume, they will get a sense of the changes happening in the region, and where the new wine trends are headed. Rather than fearing wines from these new producers, collectors should try wines from owners like Louis Ng or Moray Tawse. These owners have dedicated themselves financially into the land, and as a result, they will likely work hard to craft the highest quality wines possible. They have shown themselves to be serious about the land they are purchasing, which bodes well for the wine they will produce. For many of these owners, cost is no object when it comes to creating a premium Burgundy wine.

Biodynamic Wines Are the Rule, Not the Exception

When Robinson surveyed 30 winemakers in Cote d’Or, she found that nearly all of them used at least one organic technique, if they did not switch over completely to become fully biodynamic-certified estates. Eight of the estates said they had turned to organic farming as recently as 2005 or later, which matches the recent upward global trend of organic wines. The Burgundy climate is ideal for a biodynamic revolution, as it has always been strictly terroir-focused. When producers turn to biodynamic techniques and natural yeasts, they allow the original flavors of the grapes to shine through without disruption from commercial yeasts, which have been proven to alter flavor.

Now that Cote d’Or has become one of the most organically-focused regions in the world, collectors may see an increase in their value over the next 10 years or more. A greater percentage of wine drinkers currently seek out organic wines, believing them to be a healthier alternative to commercially-produced bottles, so it would be wise to take advantage of this increased interest now. Burgundy as a region produces excellent biodynamic wines, with producers such as Michel Lafarge and Vougeraie crafting some of the best wine vintages in this category.

The biggest change in the Cote d’Or wine region comes from the dramatic increase in the value of its Grand Cru estates. These vineyards cost an average of 4 million euros per hectare, making it the most expensive wine land in the modern world. Investors cannot purchase this land without the help of a Burgundian native, since AOC regulations and regional unions have strict rules to enforce the quality of growers in Cote d’Or. The Société d’Aménagement Foncier et d’Établissement Rural (SAFER) is famous for selling the finest plots of land to the buyer who has the most proven knowledge and experience with wine. This protects the region, even as it draws foreign investors.

Today, white wine Grand Cru vineyards are significantly more expensive than Grand Cru vineyards growing red varietals. White Burgundy is more rare and difficult to grow, which increases its value on the market. In addition, many wine drinkers are turning to dry white wines, of which Burgundy produces in abundance. While most of the land recently purchased in Burgundy has been on the village level, a greater percentage of high-end investors are buying small sections of Grand Cru and Premier Cru land, especially areas that grow white wine. Collectors wishing to gain fine bottles for their cellars should start investing in premium white Burgundy now, as these wines are likely to grow in popularity over the coming decades. We recommend investing in a fine bottle of Etienne Sauzet Montrachet, as this label is slowly increasing in value.