The Year of Cabernet Franc: A Misunderstood Varietal Comes into Its Own 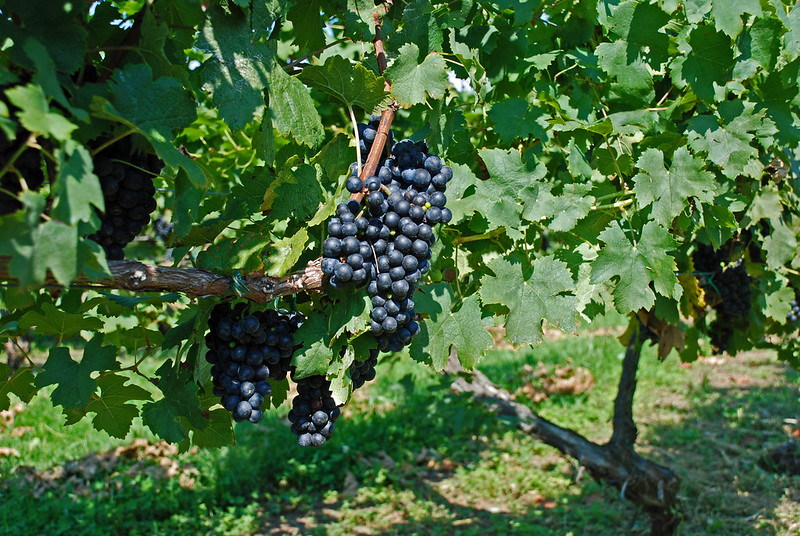 It’s difficult to say where the next big wine market boom will hit, but Bloomberg’s Elin McCoy predicts that Cabernet Franc will play a huge role in the coming year. Wine critics and collectors alike are favoring the spicy, acidic notes of the Cabernet Franc grape, which lends well to dry red blends. The acidity cuts through the sugars of sweeter varietals like Merlot to form a drier style of wine, even in seasons when the weather is hot and sugar concentrations are high. More New World producers are embracing this grape than ever before; since more and more wine drinkers are buying wines from California, Oregon, and New York, this is a sign of Cabernet Franc’s future at the center of 2016 wine trends. Winemaker Robert Sinskey once said of Cabernet Franc, “If wine were cars, Cabernet Franc would be a Citroën DS from the early sixties. Misunderstood, quirky, unreliable – but, a good one is smooth and elegant… maybe one of the best cars in the world.” Most know this grape as the other half of Cheval Blanc, but what collectors might not realize is that Cabernet Franc is growing into its own, and looking like the it-wine of 2016.

While the Loire Valley is famous for its white wine, it is also known for growing traditionally dry red grapes like Cabernet Franc. In fact, this grape is the most important red varietal in the region, having been introduced in the Loire Valley in the 14th century. A slightly cool climate is the key to Cabernet Franc’s success in northern France, since the cold temperatures lock in the grape’s already-prominent acidity. Cabernet Franc ripens far more quickly than Merlot or Cabernet Sauvignon. Wine experts think that Loire Valley winemakers initially took on this grape simply because it was the only red grape that would grow properly in the cold weather, and it has since become a cultural staple in the area.

Although this wine has been popular in France for hundreds of years, it might have lost some momentum on the market with the release of the film ‘Sideways’. In the film, the main character claims to hate all Merlot and Cabernet Franc vintages, lamenting their popularity in the wine world. This was clearly a running joke in the film, since the main character also claims that his favorite wine is a 1961 Cheval Blanc (made from 50 percent Merlot and 50 percent Cabernet Franc). Still, wine buyers who didn’t catch the joke and who weren’t educated in fine wine became less likely to buy Merlot or Cabernet Franc, thinking that these varietals were somehow inherently flawed.

Today, Cabernet Franc has moved beyond its portrayal in Sideways, becoming the fastest-growing varietal in 2014; that year, its sales increased by 40 percent from 2013, going from $17 million to $24 million. New York restaurant owner Patrick Cappiello says, “Cabernet Franc has grown in demand as the Loire Valley has become a bigger place of interest to sommeliers and consumers.” This tells collectors that traditional, 100 percent Cabernet Franc from Loire Valley is primed for a resurgence in 2016.

France will always be Cabernet Franc’s mother, but New York may launch it into the modern world as the grape’s newest homebase. Just as Pinot Noir has found its new home in Oregon, Finger Lakes is specializing in Cabernet Franc due to its similarities to the Loire Valley. These grapes thrive in the Finger Lakes area because of the northerly chill, which contributes beautifully to their natural acidity. Cabernet Franc is the third most popular grape grown in Finger Lakes, representing 236 total acres. This is an increase of 19 percent from the 199 acres that grew the grape in 2006.

Most Cabernets grow best when they are slightly water-starved, since it forces the vines to produce more concentrated fruit without water dilution. In Finger Lakes, the vines get just as much water as they need, but this is also why this grape can grow in hot regions like California without suffering in quality. California winemakers are using more Cabernet Franc in their Bordeaux-style blends because other varietals, like Merlot and Cabernet Sauvignon, are prone to excessive sweetness. The hot California weather amps up the sugar in these two varietals, so Cabernet Franc is used to cut the sweetness with acid. The benefit of Cabernet Franc is that it can do this without being too tannic. Cabernet Franc grown in warm climates tends to have a peppery taste, as wine critics have found with the 2005 Dare Cabernet Franc vintage. Yet California’s version of this grape can also be richer than its counterparts in New York and northern France, as Robert Parker found with the 100% Cabernet Franc Morlet Family’s Force de la Nature. He says the wine is “remarkably rich, full-bodied, but light on its feet.”

The Pomerol-based estate Chateau Lafleur is taking advantage of the unique characteristics of Cabernet Franc to fight the effects of warm weather on its Merlot. Traditionally the estate has made Cabernet Franc-based blends with 50 percent or less of the grape. Now, Lafleur is putting greater percentages of the grape in its most recent vintages. In 2010, the estate’s Pomerol blend used more than 60 percent Cabernet Franc for the first time in its history. It’s no coincidence that this vintage was also made during one of the sunniest seasons of the decade in Bordeaux. Ample sunshine in July and August gave the Merlot an intense sweetness, which was dialed back by the Cabernet Franc’s spicy acidity.

Cellaring time isn’t a concern for most Cabernet Franc-heavy blends because the grape is naturally low in alcohol and high in acidity, allowing it to cellar for many years when it is part of a blend. Some 100 percent bottles of Cabernet Franc might only cellar for a handful of years in their lightest forms, but when this grape is combined with stronger, denser varietals like Cabernet Sauvignon or Merlot, it has decades of potential.